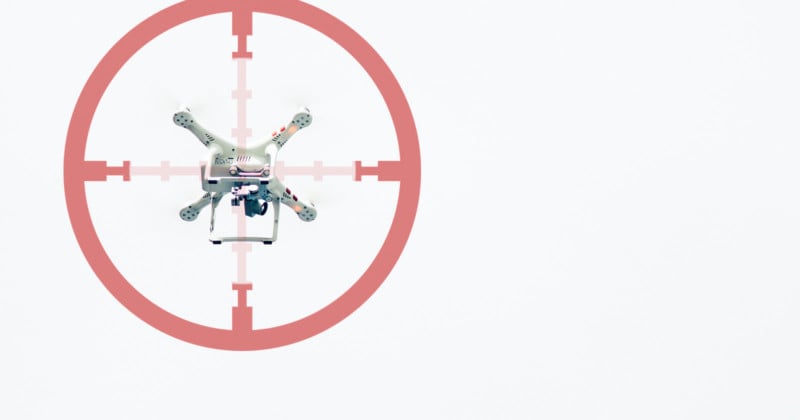 The U.S. Department of Homeland Security (DHS) is asking Congress to pass a law that would allow DHS to surveil, research, and destroy drones that are flying in US airspace.

A new bipartisan bill, S.2836, has been put forth to expand the DHS’ powers when it comes to dealing with drones that are considered “threats.” The bill is titled “Preventing Emerging Threats Act of 2018.”

And in new written testimony, DHS Deputy General Counsel Hayley Chang argues how combating the threat of drones is part of the “critical importance [of securing] national airspace.”

Chang writes that terrorists are using drones to drop bombs and spy, domestic criminals have been using drones to deliver illegal drugs across the border, and “malicious actors” could use drones to wirelessly exploit digital networks. She also argues that “old laws” such as the Computer Fraud and Abuse Act and the Aircraft Sabotage Act have been making it hard for the agency to thoroughly test and use drone countermeasures such as jamming technologies (which is currently illegal in densely populated places).

The ACLU isn’t happy with the idea of the government knocking drones out of the sky. It has written a letter to the Senate Homeland Security and Governmental Affairs committee expressing its opposition to the bill.

“While the potential security threat posed by drones is real and the need to protect certain facilities is legitimate, strong checks and balances to protect property, privacy, and First Amendment rights are vital,” the ACLU writes. “S.2836 lacks such measures. The bill amounts to an enormous unchecked grant of authority to the government to forcefully remove drones from the sky in nebulous security circumstances.

“S. 2836 would empower the Department of Homeland Security (DHS) and Department of Justice (DOJ) to intercept, surveil, destroy, or seize drones in a wide array of circumstances – including in cases they are operated by a non-malicious actor like a hobbyist, commercial entity, or journalist.”

You can read the full text of the Senate bill S.2836 here.

Image credits: Header illustration based on photo by Clem Onojeghuo