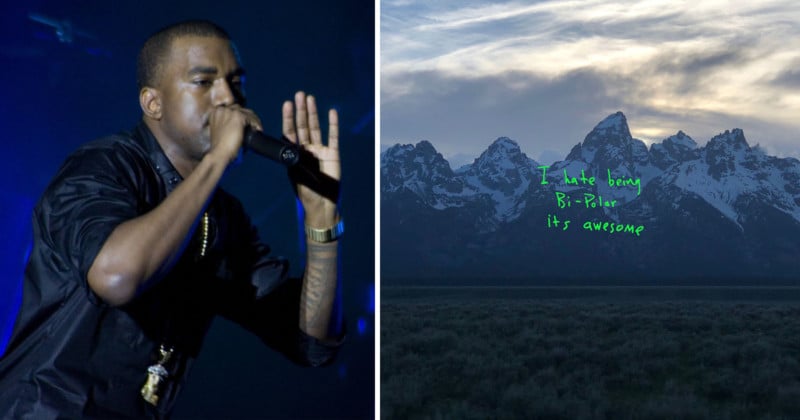 Rapper Kanye West just released his eighth studio album yesterday. Titled Ye, the album’s cover photo is rather unusual because it was shot by Kanye himself… using his iPhone… on the way to a listening party for the album.

The cover image shows snowy mountains in the distance behind the words: “I hate being Bi-Polar its awesome.” 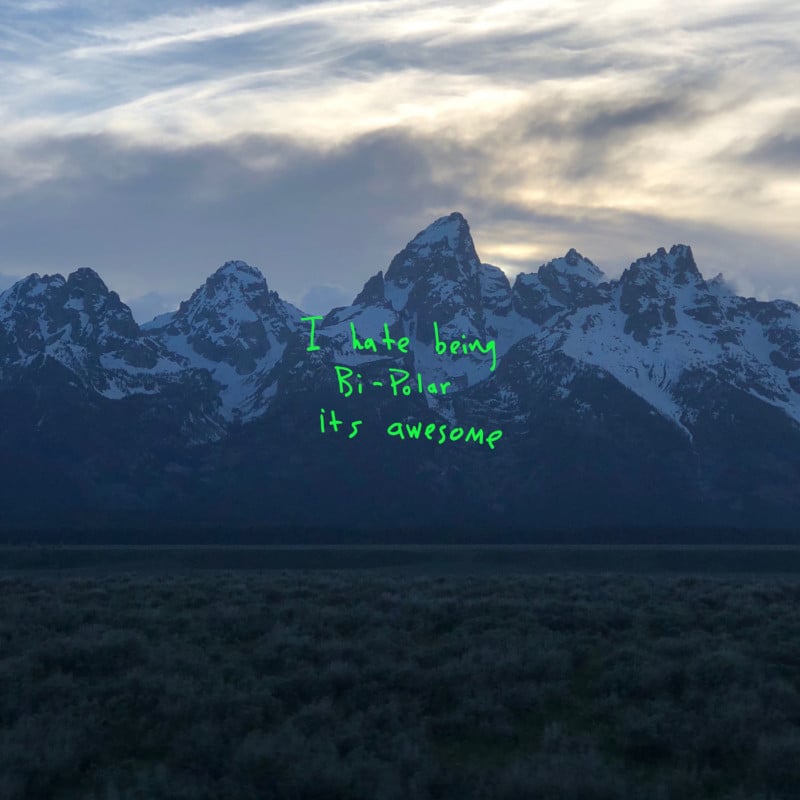 Kanye’s wife, Kim Kardashian, shared the details of how the photo came about in a Tweet:

The listening party Kim is referring to is the album debut event in Jackson Hole, Wyoming, on 5/24/18, which was attended by industry and media figures. So apparently West snapped the album’s cover photo on a Wyoming road on the way to debuting the same album.

(via The Fader via Fstoppers)