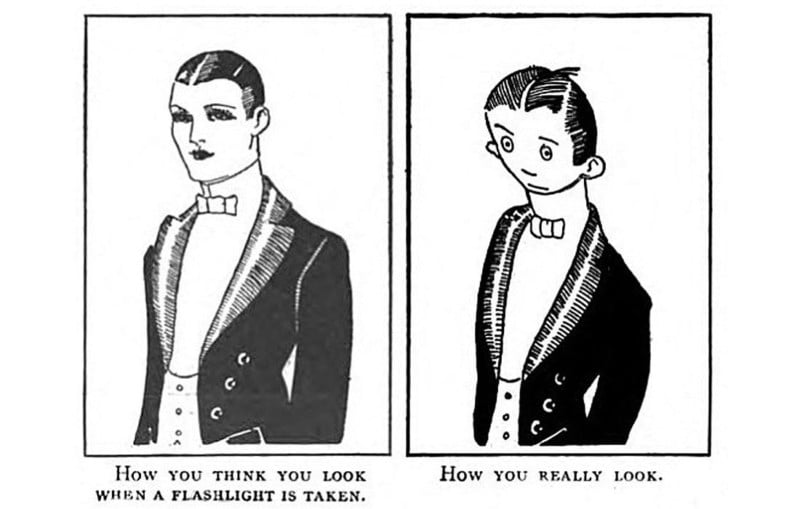 In 1921, the satirical magazine The Judge published this two-panel comic about how you look in photos. It’s strikingly similar to the “Expectation vs. Reality” memes that circulate the Web today, and the comic is one of the earliest recorded memes.

In the comic, we see comparison portraits of “How you think you look when a flashlight is taken” compared to “How you really look.”

We don’t use the word “flashlight” in this way nowadays, but in those days it was apparently a reference to shooting a still photo portrait using an old school flash lamp, which used explosions to produce bright artificial illumination.

After Yesterday’s Print first stumbled upon the comic, BBC News did some digging and found one earlier example of an “Expectations vs. Reality” meme comic published a year or two earlier.

So this comic may not be the first-ever meme, but it’s interesting to see that people have hated the way they were captured in photos a century ago. A 1921 meme is still just as relatable today.

How Bad is GDPR for Photographers?