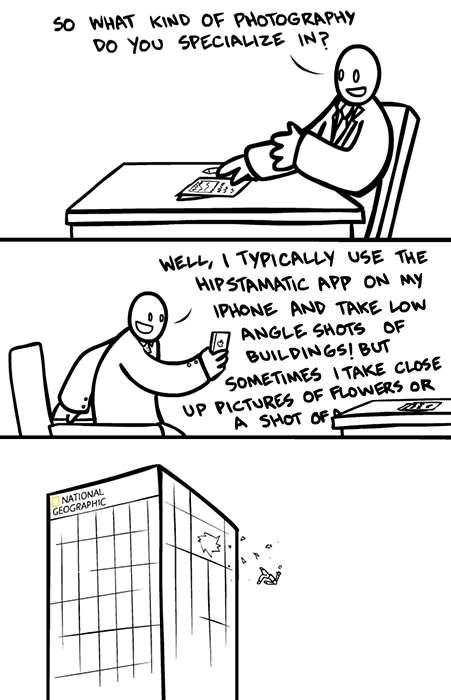 This is the kinda stuff I’m talking about, and this, and this. And it’s all taken with this little nifty program that makes everyones photos feel artsy.

Last year photojournalist Damon Winter used Hipstamatic while covering the war in Afghanistan and subsequently had his photos published on the front page of the New York Times. David Guttenfelder, Teru Kuwayama and Balazs Gardi are three other photojournalists who have used iPhone filter apps to document the war.