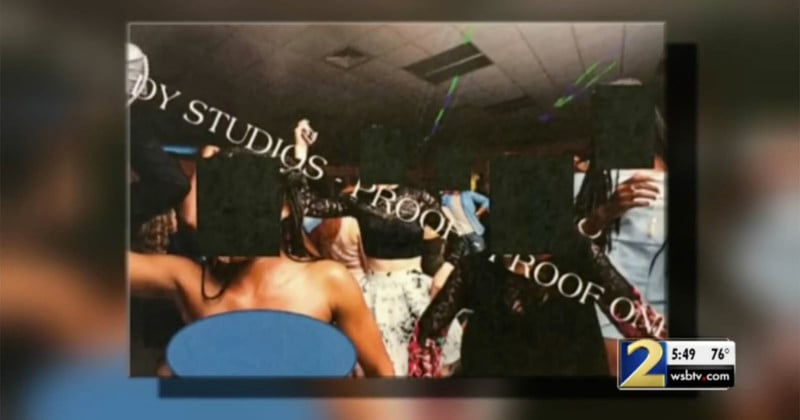 A Georgia mother is filing a multi-million-dollar lawsuit against a local photographer’s photo company, accusing it of publishing an indecent photo of her 15-year-old daughter at a school dance.

The Associated Press reports that the Cady Studios had been hired to photograph the North Cobb High School homecoming dance in September 2017, which the girl attended.

One of the photos shot that night was captured at the moment the teen’s dress slipped down, exposing her right breast.

Months later, in January 2018, the girl came across that photo posted for sale on the photo studio’s website and was “shocked, horrified and embarrassed” that it was online for her schoolmates to see. Some, including a group of football players at the school, purportedly even spread it through social media apps such as Snapchat and made “hurtful comments”.

Cady Studios took down the photo after the girl’s family reported it, and a manager at the studio sent an apology over email.

“I am horrified that this even happened,” the manager wrote. “Please know I am addressing with our team immediately. We have a process of three people to review photos prior to posting; however, we are investigating where the breakdown happened.”

The mother — unnamed to protect the girl’s identity — responded this week by filing a lawsuit accusing Cady Studios of “negligence and intentional infliction of emotional distress, pain and suffering.”

The lawsuit is seeking punitive damages against the photo studio and says the girl was so embarrassed she couldn’t go to school the day after the photo spread, and that she has since been in therapy.

If you’re an event photographer who regularly shoots groups of people and posts large galleries online, this story may be a wakeup call on the importance of thoroughly inspecting your photos prior to sharing them publicly.