While companies and researchers around the world work to build the most advanced and powerful AI systems, Facebook has a special treasure trove that most don’t: billions of tagged photos thanks to Instagram. Facebook has now used those photos to create a leading image recognition AI.

Image recognition has important real-world applications that can help improve lives — things like automatically generating keywords and captions for photos to help the visually impaired.

“In order to improve these computer vision systems and train them to consistently recognize and classify a wide range of objects, we need data sets with billions of images instead of just millions, as is common today,” Facebook writes. “Our researchers and engineers have addressed this by training image recognition networks on large sets of public images with hashtags, the biggest of which included 3.5 billion images and 17,000 hashtags.”

By training its AI system with 1 billion Instagram photos and 1,500 hashtags over a few weeks using 336 GPUs, Facebook was able to achieve a record-breaking score of 85.4% accuracy on ImageNet, a leading benchmarking tool. Prior state-of-the-art techniques had only been able to score 83.1%.

Facebook is still exploring how to further improve its performance using all 3.5+ billion photos and 17,000 hashtags. And we may soon see this image recognition AI applied to things like automatically adding more detailed labels to photos. 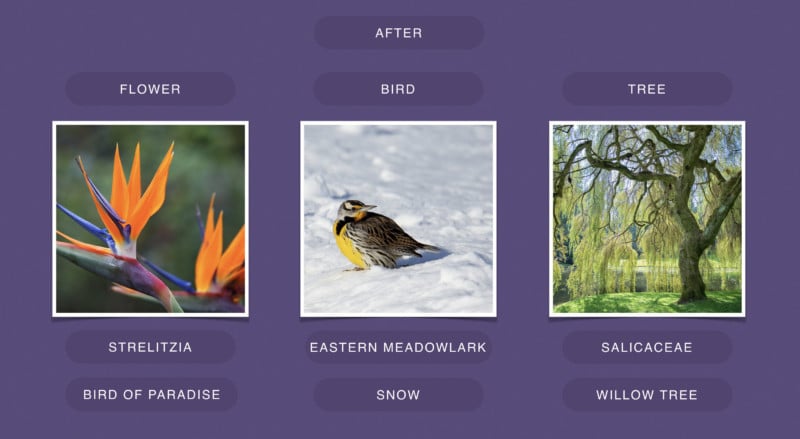 “An important result of this study, even more than the broad gains in image recognition, is confirmation that training computer vision models on hashtags can work at all,” Facebook writes. “[W]e were able to train our models using hashtags with very few modifications to the training procedure. And size appears to be a benefit here, since networks trained on billions of images were shown to be remarkably resilient to label noise.”

Photos of Dogs with Their Possessions