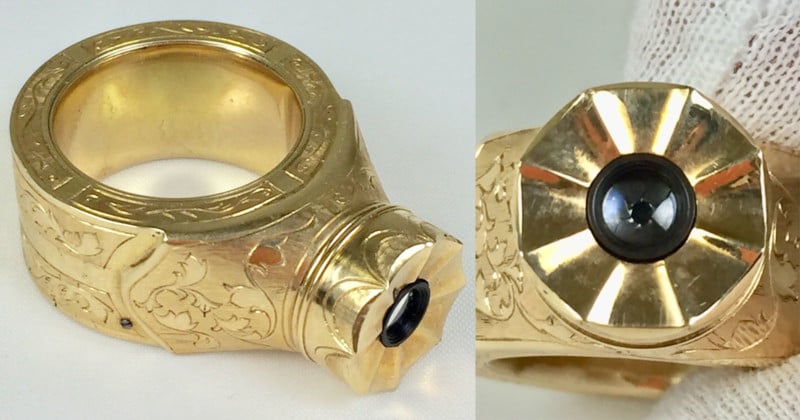 If you have deep pockets and a deep love for rare cameras, check out this… ring. It’s a gold ring that’s actually an extremely rare Soviet-era spy camera used by the KGB.

The Phoblographer spotted the camera ring for sale on eBay, where it’s being sold with a Buy It Now price of about $19,420. 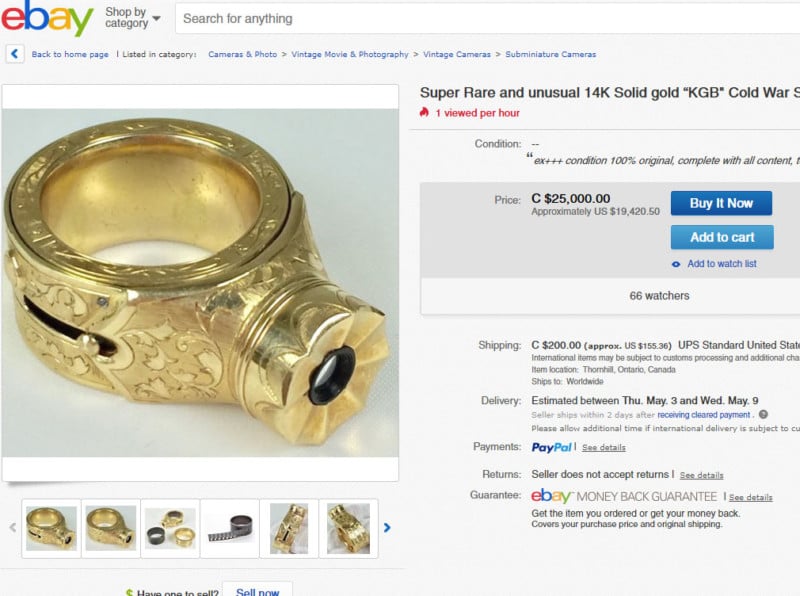 The seller, hit-camera-ltd-7569 based in Thornhill, Ontario, Canada, writes in the description that there are only two known copies of this camera — that’s what was reported nearly 30 years ago when the other one was sold at auction by Christie’s.

“We think there is only one other ring camera like it in the world,” a spokeswoman told the Los Angeles Times back in 1991 after the camera sold for $22,400, more than double its pre-sale estimate, to an anonymous Japanese buyer.

The camera on eBay has a notable difference, though: while the ring sold in 1991 was gold plated, this copy is actually made of 14K solid gold. 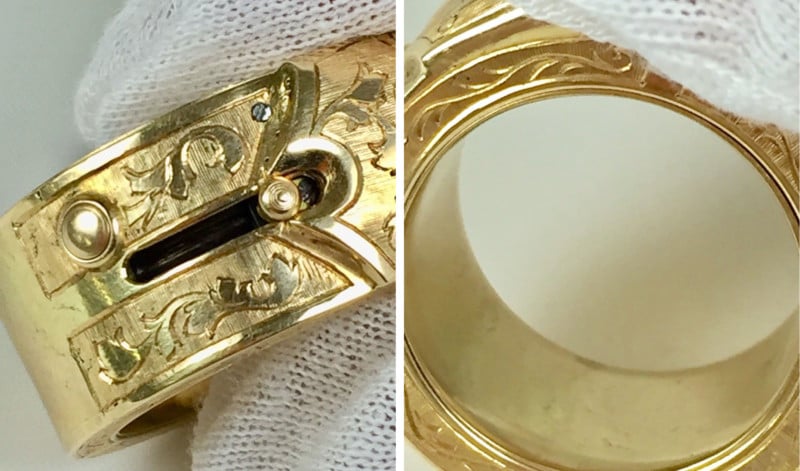 The ring sold in 1991 featured “the camera lens is disguised as the central stone of the ring,” reported the LA Times, and that’s exactly the feature found in this new camera on eBay, which the seller says is from the camera collection of Japanese collector Mr. Shibata. 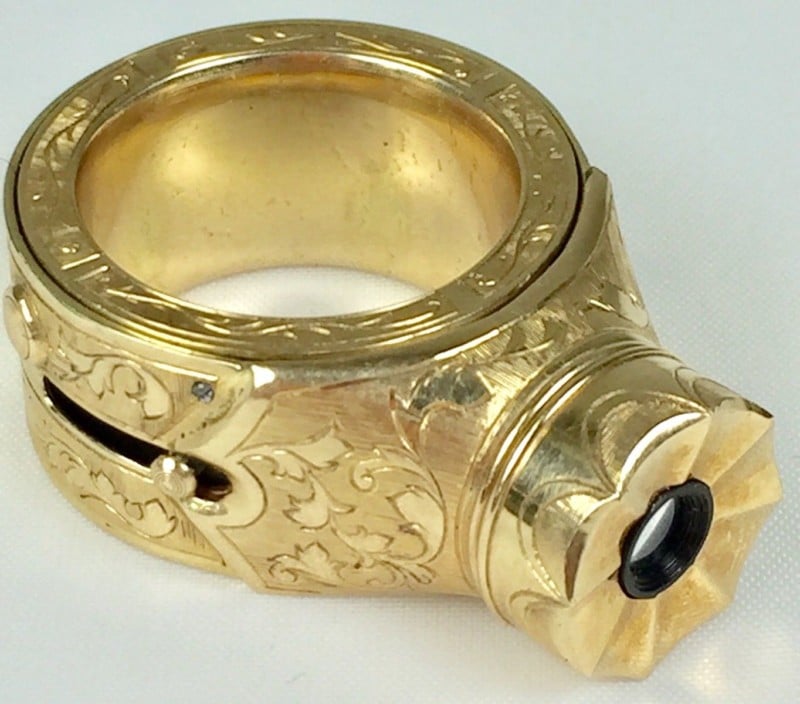 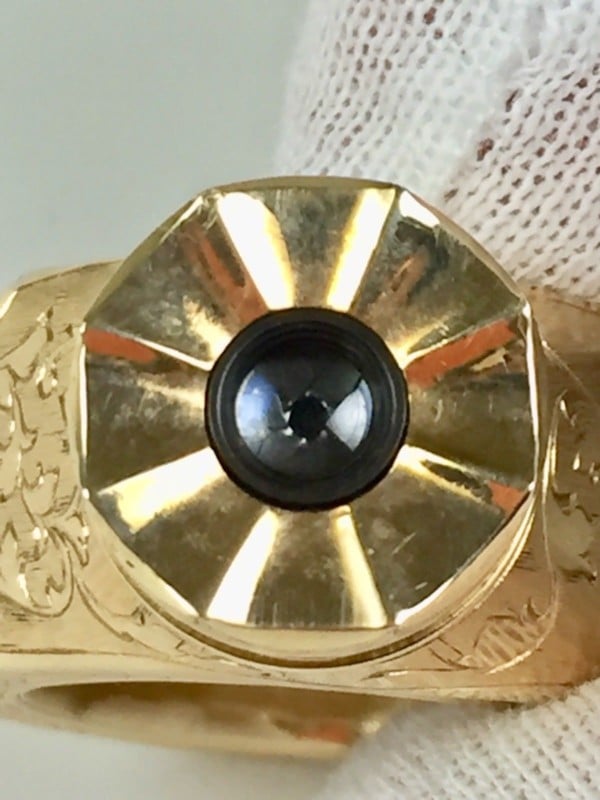 It’s unclear whether this is the ring sold back in 1991 (and that ring was actually solid gold rather than gold plated), but this ring is being sold for significantly less than that previous sale. $22,400 in March 1991 had the same buying power as about $41,400 in today’s money. 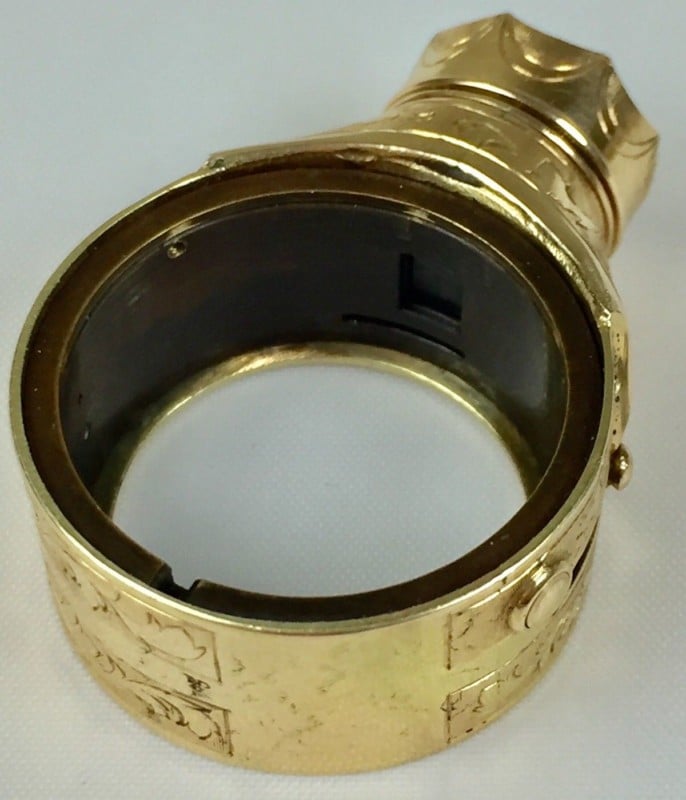 The seller writes that the 44g camera ring shoots photos on 8mm film strips and that camera features include a variable aperture lens behind the crown-shaped bezel, a working guillotine shutter, perfectly clean optics, a circular film holder, and a 14K solid gold decorative film cover. 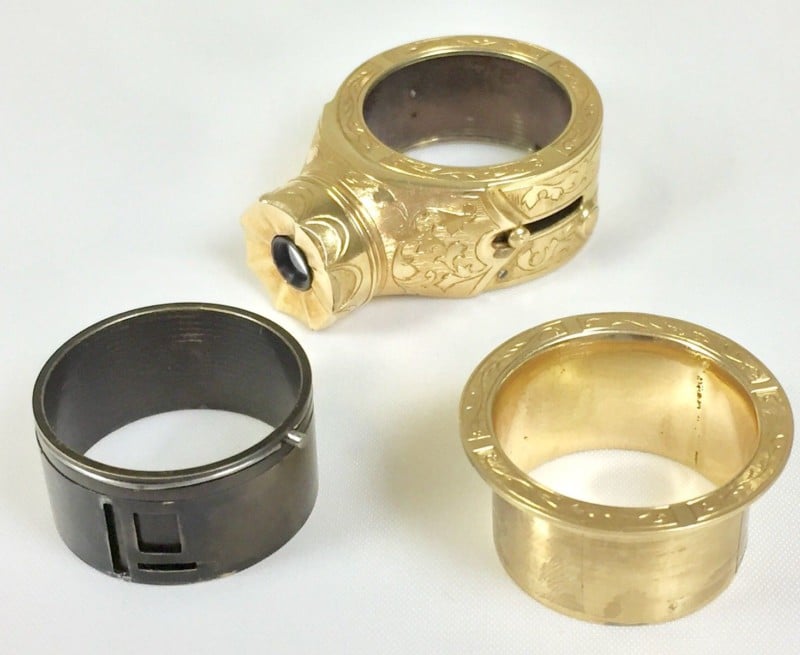 Here’s what the film holder looks like when there’s a strip of 8mm film inserted within: 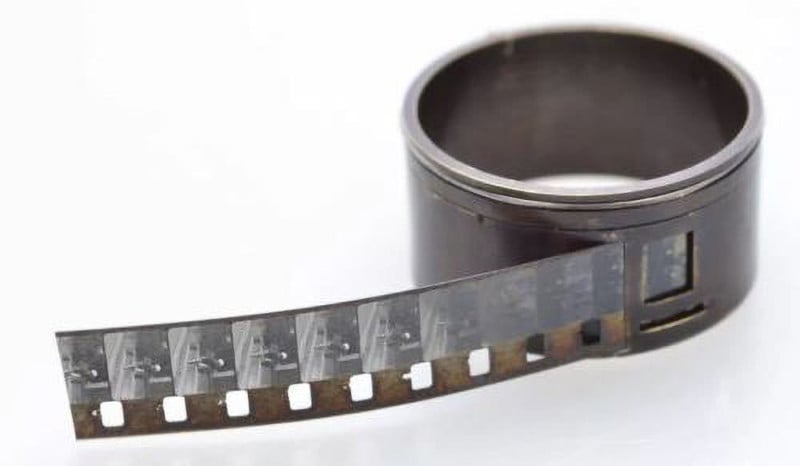 If you have the funds and desire, you can purchase this camera by heading over to the ongoing eBay listing.

(via The Phoblographer via DPReview)

An Interview with Photographer Conor McDonnell, A Nikon Ambassador at 26