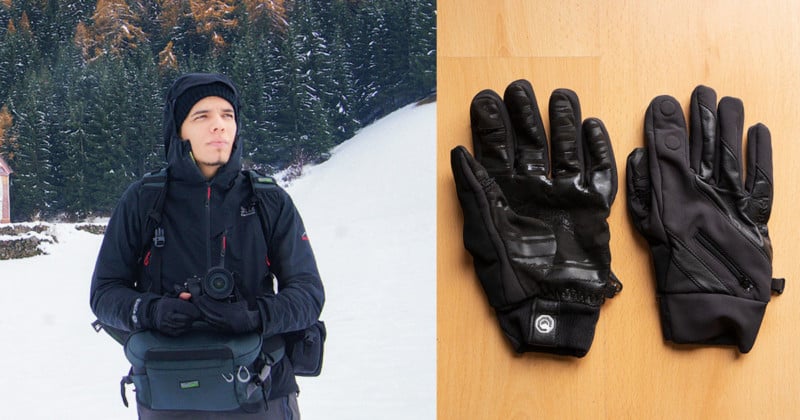 After almost freezing my hands during an Iceland photo trip, I began a long search for proper winter gloves that would be both warm and ergonomic for operating a camera.

For many years, most of my photo career was based on shooting the gorgeous seascapes and landscapes of Portugal. Even though our winters can sometimes be a bit harsh, as long as the shooting sessions were not too long, one could get away with not using proper winter gloves.

Then I found a new love for the arctic and high mountainscapes, and suddenly my hands could no longer handle the intense cold and strong winds. My first trip to Iceland in 2014 was not easy at all in this respect, as I naively took just a simple pair of fleece gloves with me. I don’t know how, but my hands survived, but that was an experience not to be repeated… 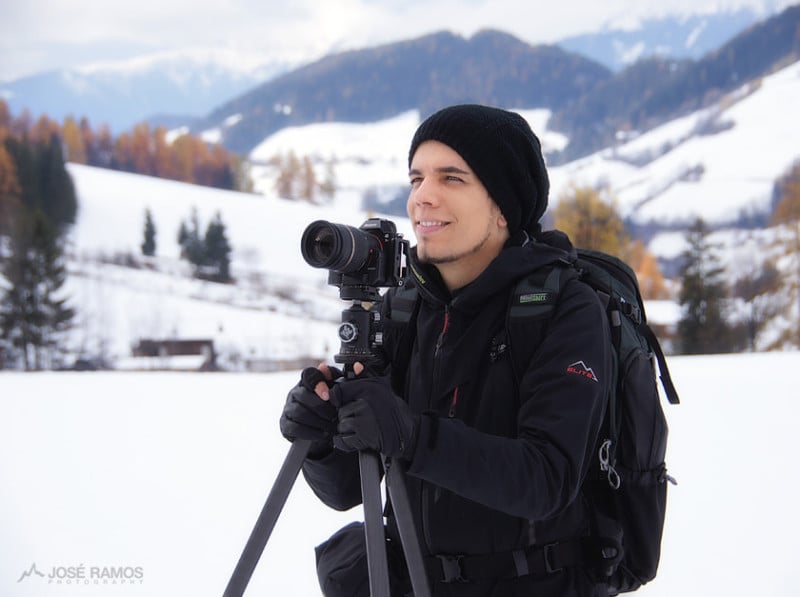 The difficulty in choosing proper photography gloves is something that only photographers who work in harsh conditions for extended periods will understand. Our main problem is that we not only need very warm gloves, but they must also allow us to push extremely tiny buttons of a camera, change batteries, remove and insert SD cards, remove and insert lenses, handle delicate filters, and so many other precision tasks.

If you have never tried to operate a camera while using regular gloves, then please stop reading and do it, as you’ll only need 60 seconds to realize it is near impossible.

Considering this, when you read about gloves specially designed for photographers, this is not a gimmick nor a way to make you spend way too much money on a product you will not use. As a matter of fact, using decent photo gloves makes the difference between actually being able to deliver the shots or not. 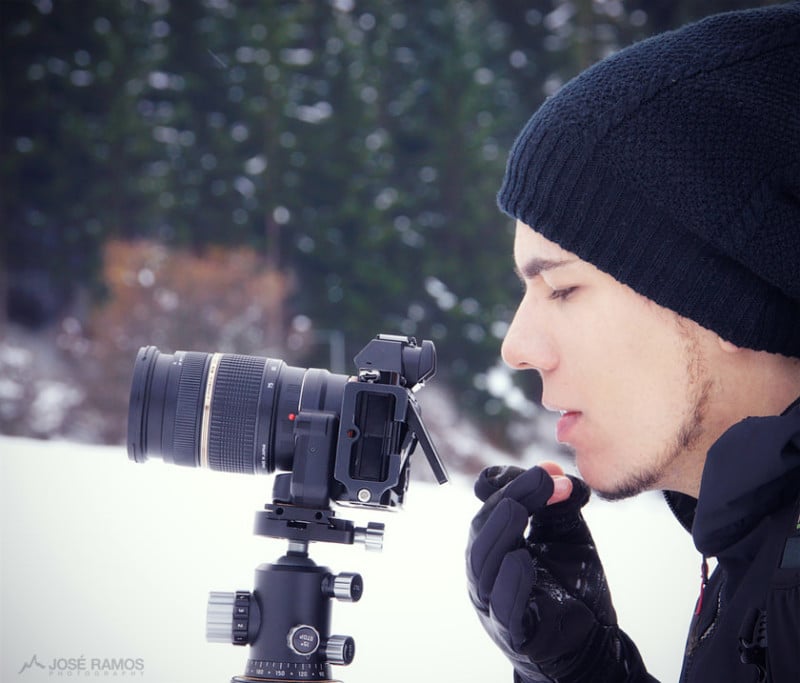 There are different ways to turn a regular glove into a photographer’s glove, and all of these involve creating a way to have as much tactile sensitivity and grip as possible in your thumb and index finger, trying to emulate the use of your bare fingers (and, in some cases, actually allowing you to use your bare fingers).

This can be created through different types of gloves:

Just like I said before, and because I’ve always been a budget conscious photographer, I decided to start with inexpensive gloves belonging to the first group. I chose to go with thin tactile gloves because the idea of removable finger caps or fold down mittens didn’t sound that appealing at first. Before diving into the complex world of online reviews and Amazon ratings, my first option was to search locally for a pair of fleece gloves, and so I ended up buying a pair of generic Karrimor fleece gloves. Before I continue, I would just like to make it clear that when I mention “tactile”, I’m referring to the feature of a glove being able to provide enough sensitive feedback that allows you to properly sense small details in the texture of something you are grabbing, like camera buttons. At the same time, some brands use the term “tactile” to describe the feature of a glove being compatible with smartphone operation.

To me, both features are absolutely essential, so a glove must be both “tactile” and “smartphone compatible”, as I often use my smartphone during my shooting both to create “B-roll” content and to ask for the rescue team when my life is in danger!

So, going back to the Karrimor gloves, they were definitely smartphone compatible, but their tactile feeling was terrible. There wasn’t any kind of non-slip rubber on the fingers or palm area, so I not only had trouble operating the camera, I didn’t also feel secure at all while changing lenses or delicate glass filters. Insulation wasn’t too bad, but certainly not enough for harsh winters, but it was not even worth to try it with liner gloves for added warmth.

After this first episode of wasted money, it was time to move on to online reviews and Amazon ratings, searching for another budget-friendly thin glove. The next candidates were the GearTop Touchscreen gloves. They seemed to have all the features I needed, and most Amazon reviews were great. I ordered them and they looked quite good. They were properly tight, smartphone compatible, lots of non-slip rubber grip in the palm and fingers, adjustable fist cuff, lifetime warranty, I was happy! Unfortunately, they had one extremely important thing missing: comfort. I bet this has certainly happened to you before, when you have just bought that gorgeous piece of clothing you love at a great price, you just want to use it forever, but after some denial you just need to deal with the fact that it hurts or irritates your skin, ending up abandoned in your closet. The GearTop gloves fist cuff was very uncomfortable, and the stitching inside the inner palm hurt the delicate skin of that area, so after two outings with them I decided they were taking away from the pleasure of shooting in cold conditions, rather than making them nicer and more productive.

And this was when I started to think that finding a suitable pair of gloves wouldn’t be as easy as I thought. And so I resumed my online search and then found an interesting pair of Under Armour No Breaks gloves and these were chosen as the next candidates. Even though they were described as being liner gloves (meant to be used under warmer gloves), their description seemed to indicate a good level of warmth, comfort and, unlike every other smartphone compatible gloves I had seen, these ones didn’t use the classical thick layer of fabric on the index and thumb extremity, responsible for the smartphone touch compatibility, but also to a severe loss of sensitivity, making it difficult to operate the camera.

In the specific case of Under Armour, they managed to create a non-slip rubber grid pattern whose contact is recognized by the smartphone screen, avoiding the thick fabric problem I mentioned above. During my first outings with these gloves, everything went smoothly, even though the weather was not too cold. The comfort was absolutely top-notch, and so were ergonomics. I decided to take them to Iceland and, since warmth wasn’t enough for the Icelandic climate, used them with thinner liner gloves on the inside.

I was happy that I had finally found a great pair of gloves to be used for photography, but then all of a sudden the non-slip rubber pieces on the index and thumb started to fall apart after a total of 9-10 days of shooting, rendering the gloves useless! I thought it could be a manufacturing defect, but selecting the negative reviews on Amazon quickly showed up there were lots of people with the same exact problem, which seems to be a “feature” of the Under Armour gloves with this “technology”. 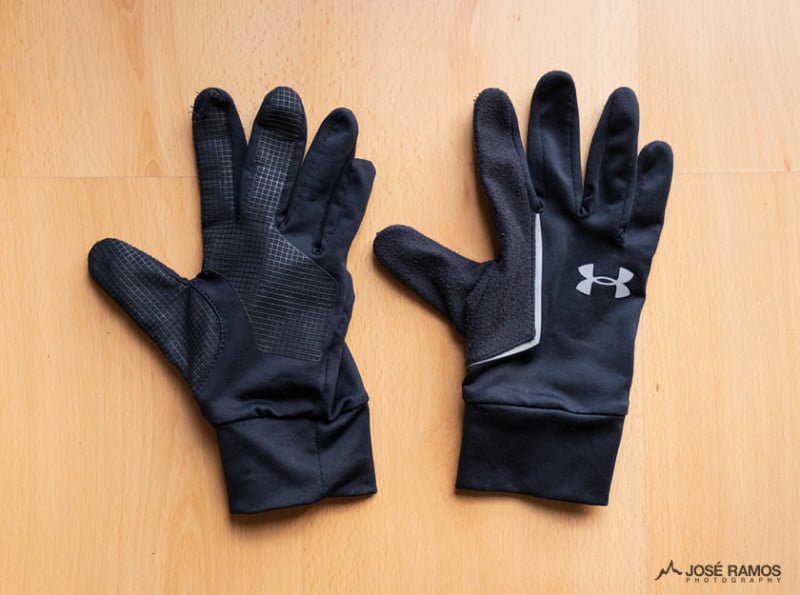 Just like it unfortunately happens with some specific pieces of photo gear, sometimes you just get what you pay for, so I decided to do a different search: photographer’s favorite gloves when money is not an issue. This was what finally led me to the Vallerret Markhof Pro Gloves, touted by many as the best photography gloves you could ask for.

After getting in touch with Vallerret and clearing some doubts, I got a pair of gloves and expectations were quite high. Initially, I resisted the thought of going with finger cap gloves as I thought it would just be a gimmick, the removable caps would not properly work and my index and thumb extremities would quickly freeze in extreme conditions. At the same time, as I read more reviews, it became clear that this was a nice way to keep both the natural full sensitivity of your skin while operating the camera and create a thicker and warmer glove, as extreme thinness was no longer a concern. 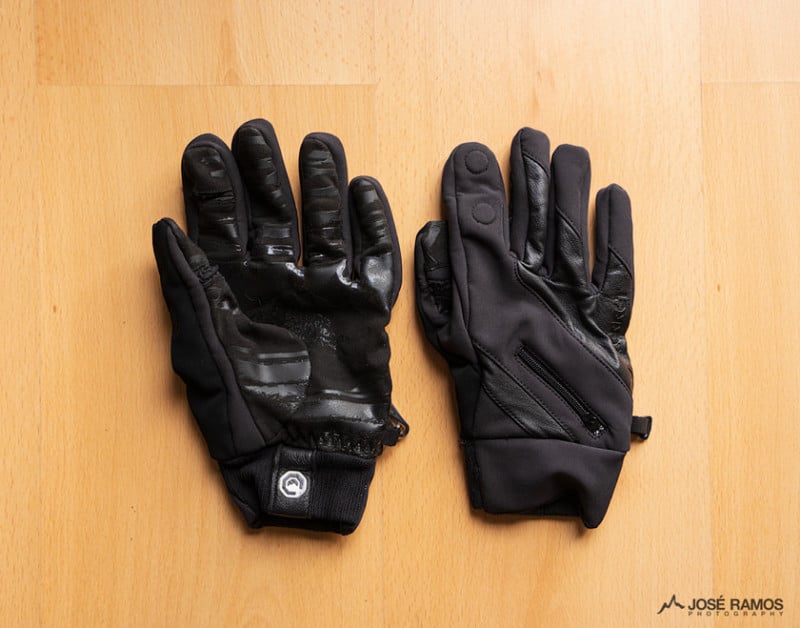 When I received the gloves they seemed to be quite high quality, even though their aesthetics were nothing to write home about. Comfort seemed to be quite high, and the merino liner and overall thickness would certainly make them much warmer than my previous gloves. My biggest doubt about these was related to the finger caps use in the real world, as they could possibly get in the way of operating the camera. Fortunately, Vallerret implemented a clever small magnet on the tip and back of the index and thumb finger, so that when you pull the cap it sticks through the magnets and stays in its place.

There are other interesting features in these gloves, being the only one I did not like the zip compartment in the back part of the hand, which I did not find much useful, as I’d rather put small accessories in the usual jacket or pants pockets. Removing this compartment would create less bulk on the back of the hand and make the gloves more portable. 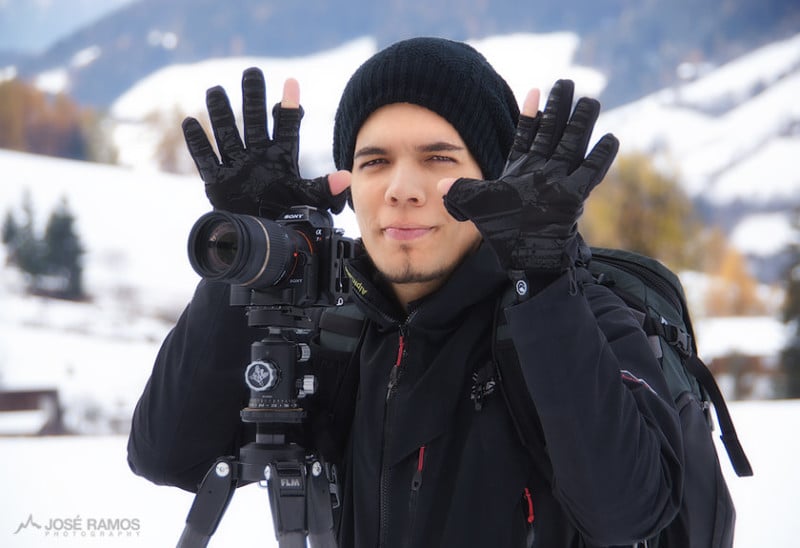 Apart from this, I’m very glad to say that these gloves are just great! I spent 15 days in November in the Dolomites using them every day for several hours, and they held up admirably. Snow came much earlier to the region, so we had freezing weather during night and day, and it quickly became clear that in this case, you get what you pay for.

On some specific days, temperatures dropped clearly below zero, and my hands got a little bit too cold, even though it was bearable. To avoid this I would have needed extra liner gloves (which would partially defeat the purpose of these gloves) or an upgrade to their thicker “Ipsoot” model, meant for very cold winters, also with removable finger caps. The Markhof Pro model, like the official website states, is meant to be used in mild winters, being suitable until temperatures drop below zero degrees Celsius.

Regarding real-life experience with these gloves, and considering that I make extensive use of tripods and glass filters during my photo sessions, I can say that these gloves are the most ergonomic I’ve ever used. Removing the finger caps or putting them back in place quickly became second nature, and in a few days I forgot I was using them.

“Forgetting” that you are using something while you shoot is, in my opinion, the most desirable state that reveals a truly ergonomic product. When you are shooting using expensive and delicate gear under harsh conditions, you should not feel like you are fighting against the equipment, but rather that it’s working as a natural extension of your hands, brain, and heart. Right now I’ve found my favorite pair of gloves and had no idea it would take me so long to find them. Totally recommended!

Full disclosure: I liked the Vallerret gloves so much that I’m now collaborating with the brand, testing their products and providing input for future improvements. This relationship happened only after extensive use of the model reviewed here, as well as after testing other competitors.

About the author: José Ramos is a landscape photographer based in Lisbon, Portugal. The opinions expressed in this article are solely those of the author. Ramos has been published in several notable international publications, including National Geographic and The Telegraph. You can find more of Ramos’ photos on his website, Facebook, and Instagram. This article was also published here.