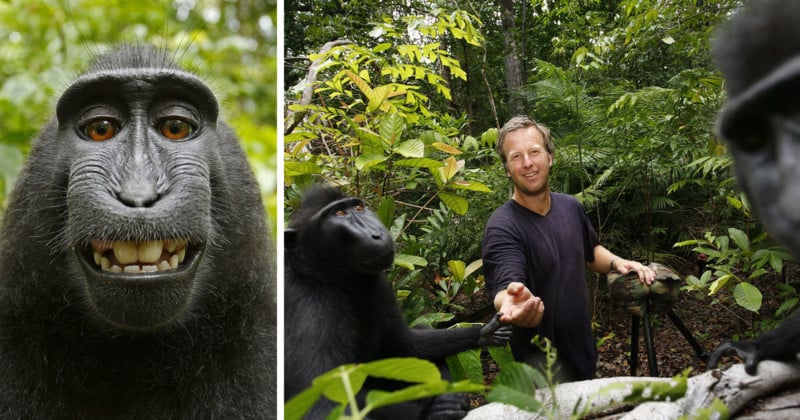 Photographer David Slater’s legal nightmare surrounding that monkey selfie snapped in 2011 isn’t over. A US court has decided not to toss the copyright lawsuit filed against Slater by PETA on the monkey’s behalf, despite Slater and PETA reaching a settlement last year.

Digital Trends reports that in an order filed last week, the Ninth Circuit Court of Appeals denied Slater’s and PETA’s motion to dismiss the case.

Even if both parties in a lawsuit wish to have the case dismissed, it’s ultimately up to the court to grant or deny the request.

“The grant of a voluntary dismissal is not mandatory, and sometimes neither is it advisable,” the decision reads. “Our sister circuits have found a number of circumstances in which it is appropriate for the court to deny requests for voluntary dismissal and vacatur. We believe the rationale of those cases applies here.”

Basically, sometimes courts can decide that a legal battle should proceed in order to resolve issues that may again pop up in the future — the goal is to set a legal precedent for similar future cases to be guided by.

Slater’s case is certainly unusual in a number of ways. PETA originally sued Slater in 2015 on the monkey’s behalf to have the copyright to the selfie assigned to Naruto instead of Slater. The US Copyright Office stated in 2014 that it can’t assign copyrights to monkeys, and a judge ruled in 2016 that a monkey cannot own the copyright to photos.

Still, the case dragged on, eventually causing Slater to go broke due to the financial burden of fighting the bizarre battle in court.

In September 2017, Slater settled with PETA to have the case dropped, agreeing to donate 25% of all future profits from the photo to registered charities to protect the monkey.

But the court is now saying that it’s in the best interest of the US legal system to have this case come to a verdict.

“[T]his case has been fully briefed and argued by both sides, and the court has expended considerable resources to come to a resolution,” the decision states. “Denying the motion to dismiss ensures that ‘the investment of public resources already devoted to this litigation will have some return.”

The decision is also to prevent PETA from manipulating legal precedent in a way that suits its own interests.

“[D]enying the motion to dismiss and declining to vacate the lower court judgment prevents the parties from manipulating precedent in a way that suits their institutional preferences,” the court writes.

Band.it Grips Are ‘Like Batting Gloves’ for Your Camera Lens