“Sun Moon London” is a beautiful 3-minute short film by photographer and filmmaker Luke Miller, who captured scenes of the sun and moon illuminating the city of London through a 2520mm-equivalent lens.


Miller has been pointing his camera at his hometown for many years, and he often uses a very long focal length to “compress” his foregrounds and backgrounds.

“I was always curious just how far this effect could be pushed and then I discovered there was a feature within Magic Lantern that gave a 3x crop factor without any loss of quality,” Miller tells PetaPixel. “Suddenly my 600mm became 1800mm and I felt that this could possibly make for something visually interesting.” 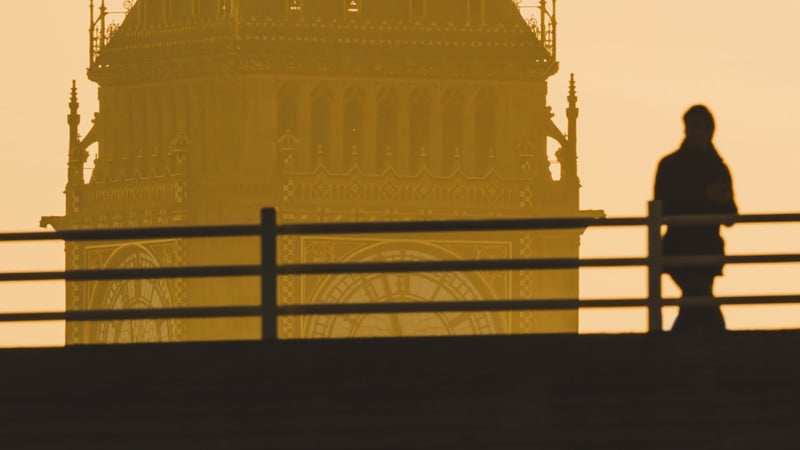 “My biggest problem filming was the unpredictable UK weather,” Miller says. “Total cloud cover being an obvious issue and wind that made shooting at super telephoto distances sometimes completely impossible, with the slightest breeze causing vibration and major rolling shutter issues that no amount of stabilizing in post could correct.”

Miller eventually found that using his tripod at its minimum height while securing the front of his lens to one of the tripod legs gave him enough vibration reduction for the shots he was going after. 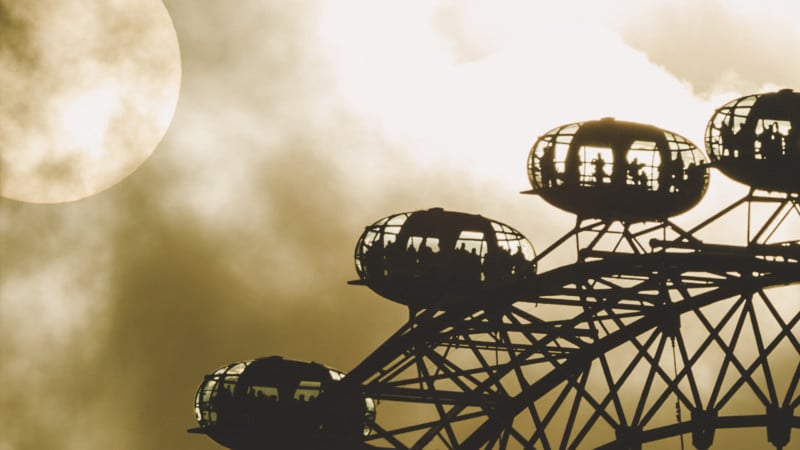 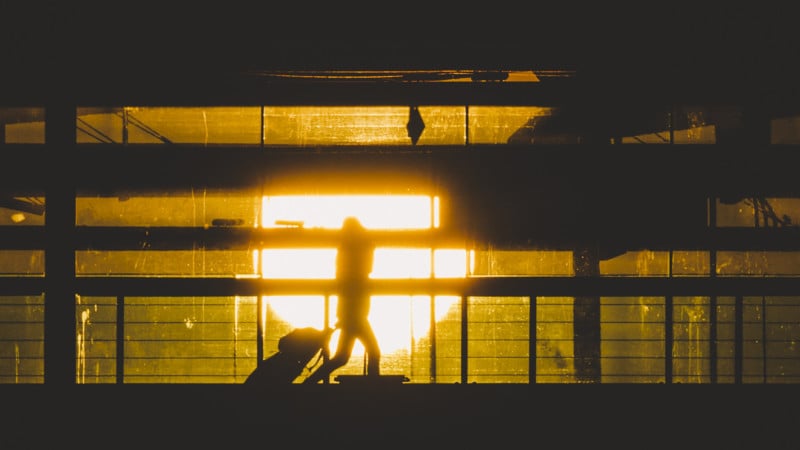 “Shooting with Magic Lantern in 14bit Raw gave me the ability to grade the Magic Lantern DNG files in Adobe Camera Raw by simply applying my standard presets that I use for many of my photos, stabilizing/rendering in After Effects then editing in Adobe Premiere. Not the quickest workflow for Magic Lantern but tools that I’m familiar with. The final short film includes the Harvest Moon on October 5th, 2017, and the Supermoon on January 1st, 2018.

“On one occasion, when filming the London eye (Europe’s largest Ferris wheel) passing the moon, I accidentally captured, what I later found out to be, a derelict satellite crossing the moon,” Miller says. “Although the clip never made the final edit.”

You can find more of Miller’s work on Instagram and Vimeo.