Marques Brownlee (AKA MKBHD) recently paid a visit to the company Motorized Precision in Portland, Oregon, to check out the company’s high-speed camera robots. In this 8.5-minute video, Brownlee shares the beautiful camera moves that are made possible by this “dope” technology.

The company’s main robot is called Kira. It’s a fully-metal device that has a couple of fully-articulating axes and can extend up to 9 feet tall. It can also move up to 9 feet per second in any direction while carrying a camera weighing up to 40 pounds. 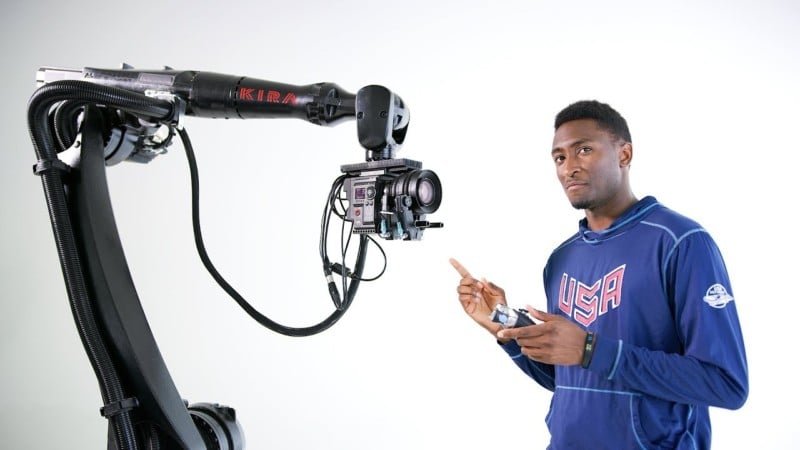 The robot can be controlled in a preset manner using software, or it can be manually operated using a standard Xbox controller.

And in addition to moving the camera around, Kira can precisely control the camera’s focus, aperture, and zoom during moves.

Brownlee demonstrates some examples of shots that Kira (and it’s smaller sibling, Mia) can pull off that humans can’t — things like The Orbit Shot, The Specs, The Top Down, The Round, and The Follow.

Here’s one of the example shots:

And here’s the behind-the-scenes view showing how it was done:

DPReview reports that this 2-minute video introducing the Microsoft Surface Studio was shot with the help of Kira: