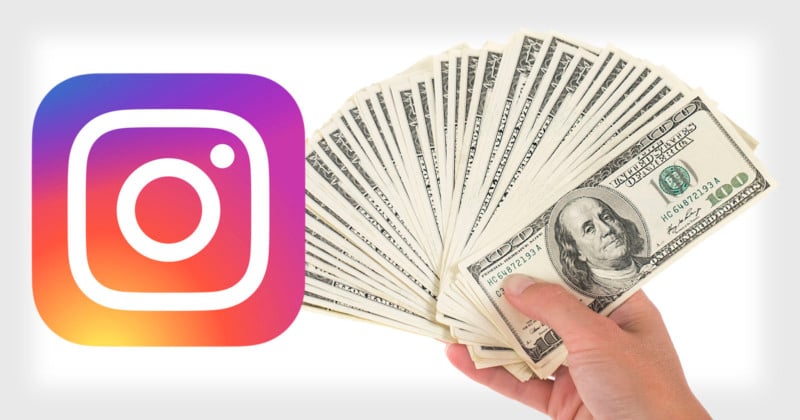 Instagram is a great platform for making connections and getting work out there to the masses. Reach hasn’t been affected like it has on Facebook just yet. However, on the topic of getting your work out there, “feature accounts” have really begun to take hold.

Many of them start accumulating a large audience with over 100,000+ followers. The distribution is instant and larger than many magazines, so it’s no wonder they’re appealing to photographers to be featured on.

On the flip-side, there’s a problem having images being re-posted without permission. That in itself is hard enough to keep up with. Another trend I am seeing more regularly is how feature accounts now approach creatives and ask for payment for a feature. 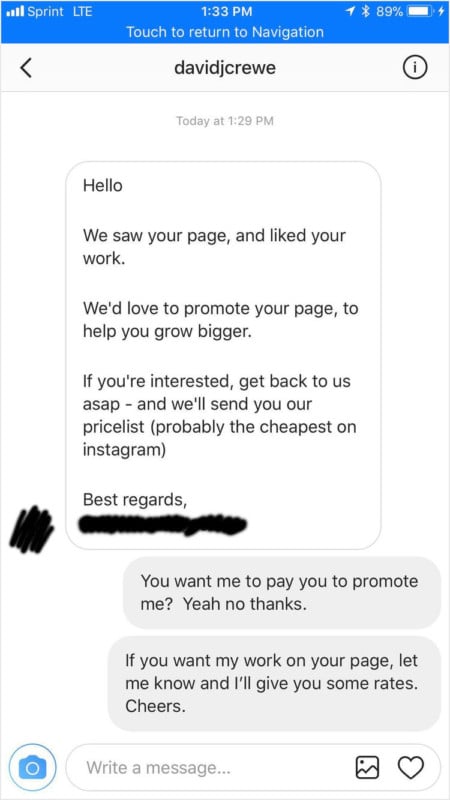 As you can see from this conversation shared by David J. Crewe, they sent a message to him asking if they can share his work. The problem isn’t permission or compensation for David, it’s that they want to get paid to do it. The approach seems completely backward, but based on them saying they are the “cheapest on Instagram,” it begs a few questions:

1. How many accounts now do this?
2. How many people are paying to be featured?
3. Is there anything wrong with this, and how does this differ from paid advertising?
4. It’s morally strange, but is it against Instagram’s Terms of Service?

Personally, I don’t think this is a great way of approaching people in trying to earn some cash, but are enough people paying into this system that it’s become so common and profitable for both sides?

I can see the allure, pay a few bucks and get in front of a wide audience, hoping to attain real traffic (if they’re even real). It sounds just like paying for ads, but the approach is uncommon. It can rub people the wrong way, and it can be insulting based on how you read into it.

I wonder if this will ever go away, or will it become the new norm?

Image credits: Header illustration based on photo by Pictures of Money and licensed under CC BY 2.0

Martin Stavars, The One Man in a Web of Online Photo Contests