People commonly send up cameras on weather balloons these days to shoot photos and videos from extreme altitudes, but one Russian man recently did something different: he flew a camera drone to 33,000 feet (~10km).

The pilot, Денис Корякин, was flying a hobbyist drone that weighs 2.34 pounds (1.06kg) and has a flight time of 25 minutes. 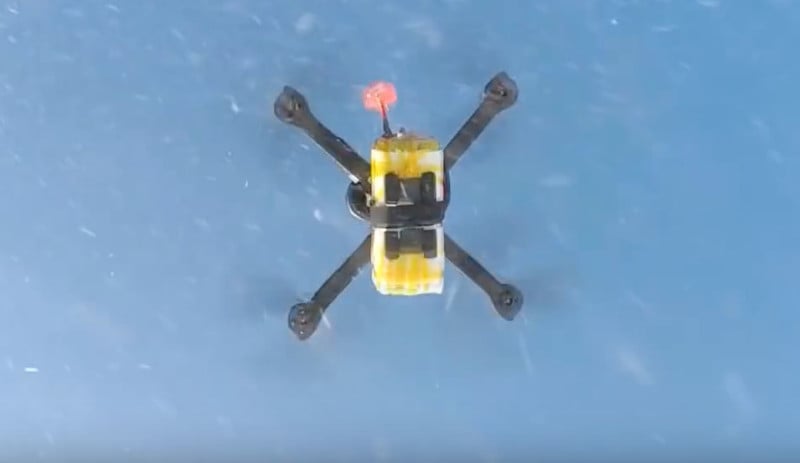 Helicomicro reports that unlike many countries around the world, Russia’s drone regulations don’t specify a maximum height an operator can fly to. There’s no GPS data visible in the footage, but it was reportedly shot near the central town of Strezhevoy, Russia.

But just because the flight may have been legal in Russia doesn’t mean it was safe. The altitude of 33,000 feet is smack dab in the middle of the cruising altitude range of modern airliners (~30,000 to 40,000 feet). And although it’s highly unlikely that a drone would collide with an airplane in the vastness of airspace, any collision could be tragic.

“One can easily imagine that a collision at this speed and height, as unlikely as it may be, would have catastrophic effects,” writes Helicomicro. “At Helicomicro, we are very clear about this: we condemn this type of flight, without reservation. Aviation security prevails.”

In 2016, a drone pilot in the Netherlands was criticized and labeled an “idiot” online for flying a DJI camera drone to 11,000 feet. The altitude limit (without special permissions) in that country is 394 feet.