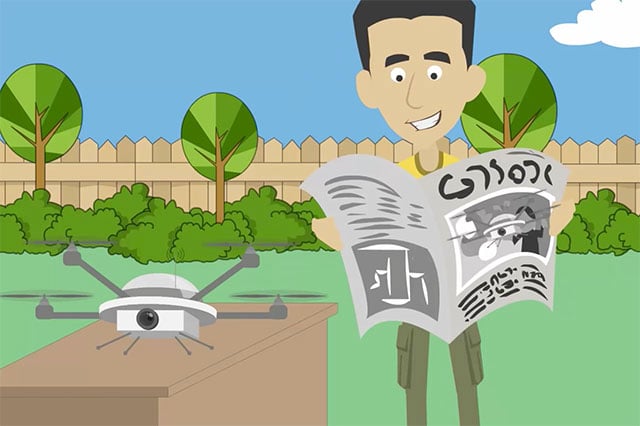 With the advent of consumer drones, governments are in the process of creating laws and regulations to keep both operators and bystanders safe. While some countries, such as the United States, haven’t made much headway, others have already established clear and concise rules for drone flying. The UK’s new ‘Dronecode’ initiative aims at communicating these regulations through brief bullet points and an animated video. The UK Civil Aviation Authority (CAA) wants drone operators to know that “when you fly a drone in the UK it is your responsibility to be aware of the rules that are in place to keep everyone safe.” The dronecode guidelines are essentially a highly condensed version of the CAA’s existing rule set. Currently, the Dronecode is as follows:

Also, if your drone is fitted with a camera or other recording device, the following additional Dronecode regulations are applicable, you may not fly: The UK Dronecode initiative was established due to an incident that occurred on July 22, 2014, when a drone flew within 20 feet of a commercial airliner landing at Heathrow Airport in London. According to the BBC, the drone “passed about 20 feet over the wing” and was at an altitude of 700 feet. The official incident report from the CAA notes that the drone “was a distraction during a critical phase of flight.”

The Dronecode is simply a reminder to fly safely and be conscious of your surroundings. You can view the full animated video above. For more information directly from the CAA, you can click here.

Photographer Killed by Train During Photo Shoot in Fresno, CA