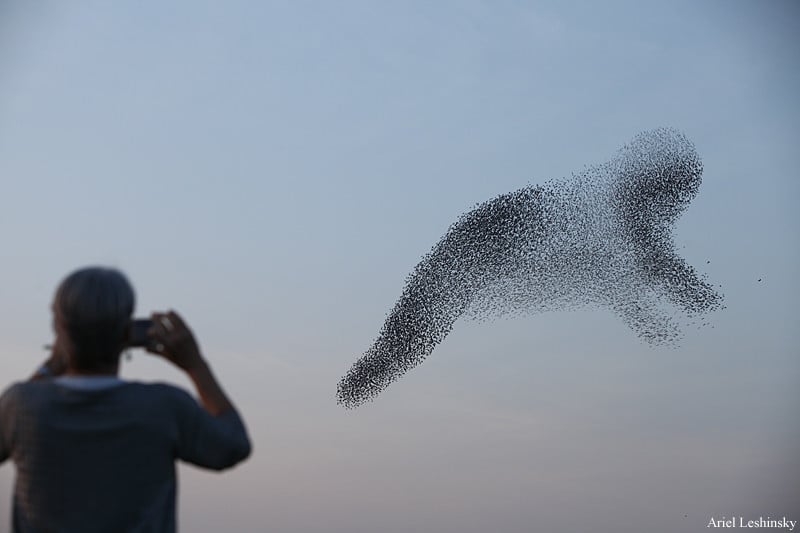 Photographer Ariel Leshinsky of Beersheba, Israel, has spent a couple of years photographing starling murmurations, those mesmerizing, swarm-like flocks. But Leshinsky adds a dose of creativity: he aims to capture and select moments when the random swarms look like recognizable things… like the “seal” in the photo above.

Here are some other “intricate shapes” Leshinsky has seen in murmurations:

“A starling murmuration is amazing to see,” Leshinsky tells PetaPixel. “I’ve been chasing starlings for a couple of years in Israel to take pictures, and sometimes when you get home after shooting, only then do you realize what amazing shapes they formed.”

If you like this work, check out the work of Peter Adams-Shawn, who spots things in the surf of beaches in drone photos.

Image credits: Photographs by Ariel Leshinsky and used with permission

National Geographic: ‘For Decades, Our Coverage Was Racist’