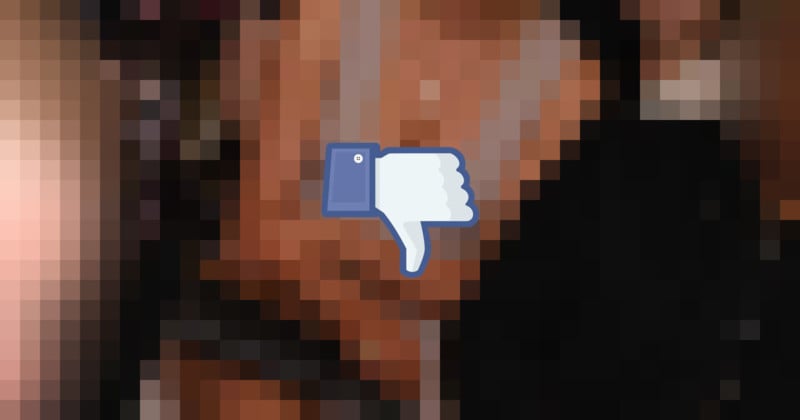 A newlywed couple is making headlines in the UK after filing a lawsuit against a wedding photographer, claiming over a third of the photos were out of focus and that the photographer focused more on the bridesmaids (and their bodies) than on the bride and groom.

The Daily Mail reports that Steph and Paul Unwin accuse photographer David Kilcourse of focusing on the wrong people and shooting inappropriate photos during their big day.

The Unwins say that of the 1,636 photos Kilcourse snapped, 559 of them were out of focus. They also claim that Kilcourse shot 96 photos featuring the bridesmaids and only 81 photos total of the bride and groom. And of the 96 bridesmaids photos, many of them were “inappropriate” shots of cleavage and backsides.

The Daily Mail has published a selection of the photos at the center of the dispute.

“There were none of the in-laws, one of my parents and almost 100 of the two bridesmaids,” Steph is quoted as saying. “He took pictures of one of my bridesmaid’s breasts, some of her bum. There were more pictures of just the bridesmaids than anything else. I’m sure he was doing that on purpose.

“I know that photography is interpreted differently by different people but when he takes three pictures of someone’s bum, that’s not an accident.”

Kilcourse has responded to the allegations and negative publicity by saying that the Unwins had cropped his photos to make it appear that he had focused too much on the bridesmaids.

“They claimed I had taken inappropriate images but they cropped the pictures down. (It) was disproved,” the Daily Mail quotes him as saying.

The photographer also says that the poor results were also due to the bad weather on the day of the wedding.

Although Kilcourse refunded the Unwins his fee, the couple still decided to file a lawsuit in county court. And when the photographer failed to show up to defend himself, they were awarded £601.

Kilcourse has since closed his wedding photography business and is no longer working in the wedding industry.