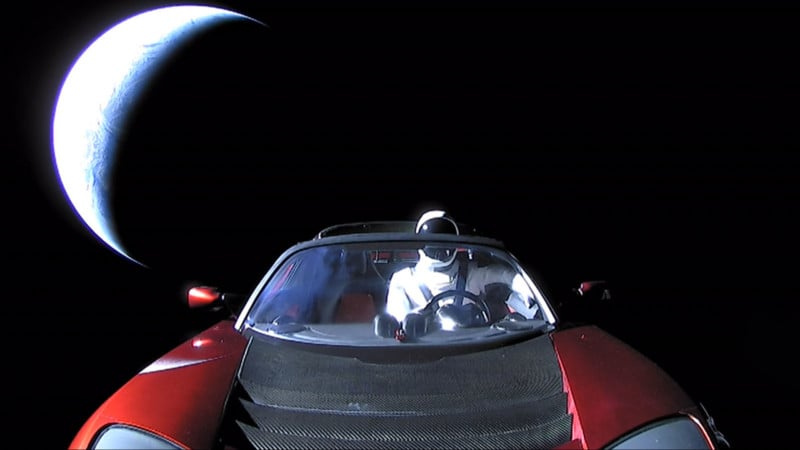 This is the last photo of the Tesla Roadster that was launched into space this week. It shows the dummy named Starman leaving Earth in the rear view mirror as it hurtles towards Mars’ orbit and then onto the Asteroid Belt.

The photo was shared by billionaire Elon Musk on Instagram and SpaceX on Flickr. As you might remember, SpaceX began publishing all of its Flickr photos to the public domain in March 2015, leading Flickr to add a public domain designation just days later.

This photo is the last in a series of jaw-dropping photos of the Tesla in space with Earth in the background. In case you missed them: 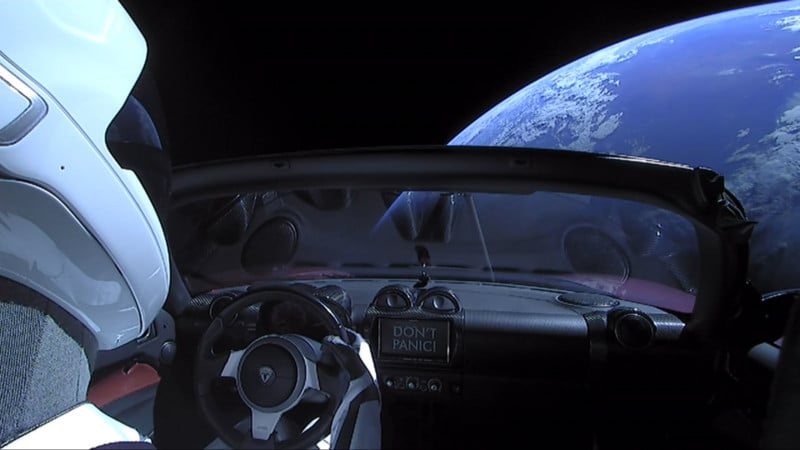 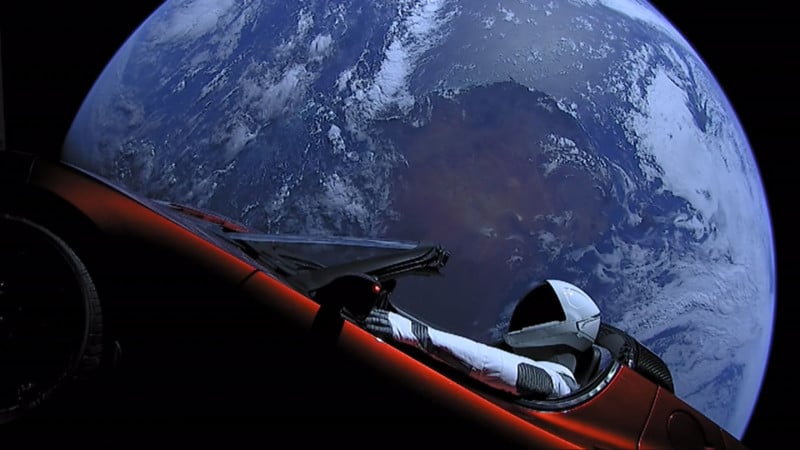 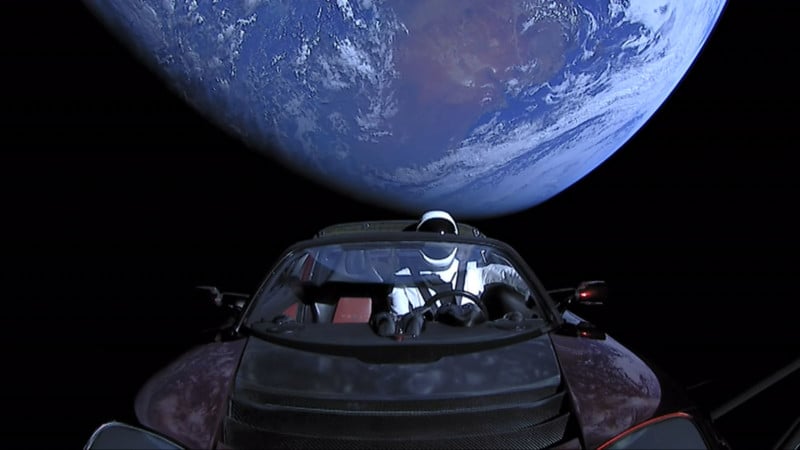 The Roadster was strapped to the SpaceX Falcon Heavy rocket on this first test flight as the mass simulator. Musk says that using concrete or steel blocks for the weight would have been “extremely boring.” The car and dummy are now on an elliptical orbit around the Sun that may last “a billion years.”