Apollo 8 was the first manned mission to leave Earth’s orbit, orbit the Moon, and return to Earth. Since it wasn’t a moon landing, though, it tends to not be as celebrated as other manned moon missions. But the photo known as Earthrise was captured during this mission on December 24th, 1968, becoming an iconic piece of history. This 6-minute video from Vintage Space explores the question of who the person behind the camera was.

For years nobody knew who took that photo, but it’s now apparent that it was astronaut Bill Anders. To determine this, lead visualizer Ernie Wright dug into flight logs to find out which of the crew members were able to capture the photo.

By looking at the orientation of the craft, as well as audio recordings, Wright was able to figure out which crewman was looking out of which window. He could then determine which crew member could have seen the Earth at the time, and therefore who the photographer must have been.

The crew was originally shooting on black-and-white film but decided to switch to color after seeing the Earthrise. Here’s a transcript of the conversation between astronauts Frank Borman and William Anders during the photo’s creation:

Anders: Oh my God! Look at that picture over there! There’s the Earth coming up. Wow, is that pretty.
Borman: Hey, don’t take that, it’s not scheduled. (joking)
Anders: (laughs) You got a color film, Jim? Hand me that roll of color quick, would you…
Lovell: Oh man, that’s great! 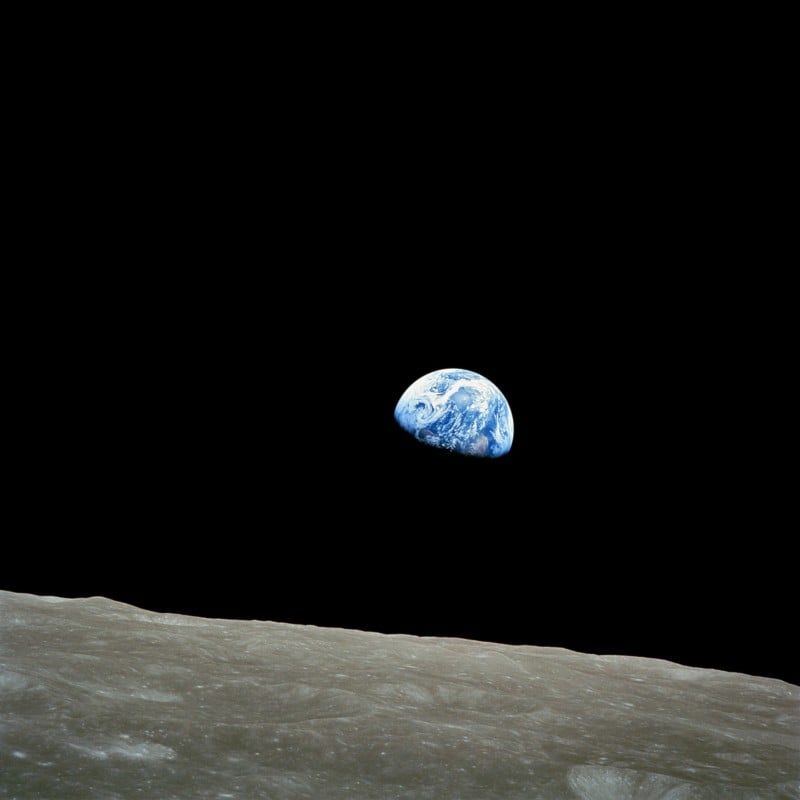 We can hear from the audio recordings in the video that Anders shot the image at 1/250th second and f/11. Wikipedia notes that Anders was shooting with a highly modified Hasselblad 500 EL with an electric drive and that his camera was loaded with a 70mm film magazine containing custom Kodak Ektachrome film.

Copyright Registration to be Limited to 750 Photos Per Claim: A Big Fee Hike for Some