If you’ve ever worked in retail at a camera store, perhaps this sketch will tickle your funny bone… or bring back bad memories. At 5:30 in this episode of the comedy show Rostered On is an interaction between a store employee and a customer asking to return a “broken” camera.

“It doesn’t take good pictures,” the customer complains. “All the photos come out blurry and some are dark.”

When the employee asks some questions in an attempt to figure out whether it’s a camera problem or user error, things begin to escalate. 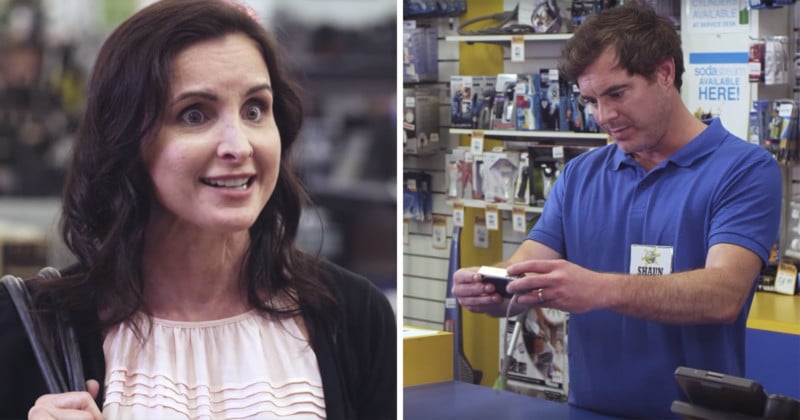 Rostered On is an Australian comedy show about “the hell of working in retail” — “the day to day struggles of working for a faceless retail corporation known as ‘Electroworld’.” The first season was released earlier this year and can be found on the Robot Army YouTube channel.