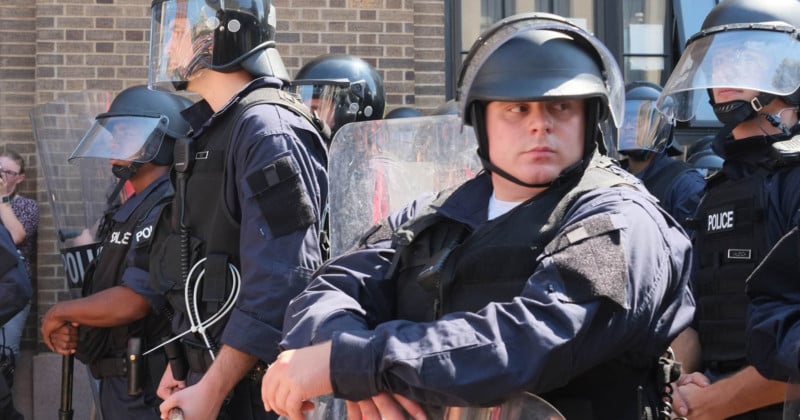 The St. Louis police department has just made a big move in support of photographer and journalist rights: police officers are now being ordered to read and acknowledge the rights of journalists once a month.

The St. Louis Post-Dispatch reports that Interim Police Chief Lawrence O’Toole made the announcement this week after a number of photojournalists and reporters were arrested in September and October. The journalists were covering protests sparked by former police officer Jason Stockley being found not guilty of murder for his 2011 fatal shooting of Anthony Lamar Smith. 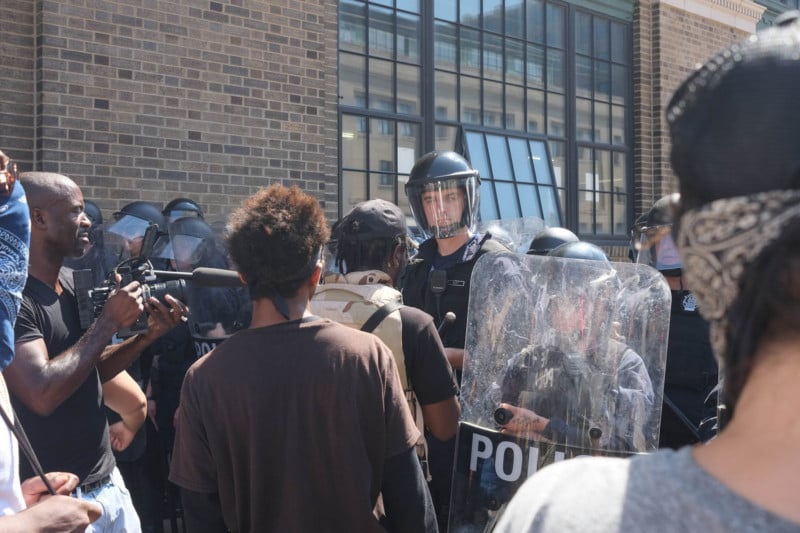 Getty photographer Scott Olson was arrested on September 17th, reportedly by officers who used a tactic known as “kettling” — the police boxed in protesters, cutting off their exits, and then arrested them for failing to disperse.

“I was holding my cameras, they told me to put them down, I didn’t do that, so I just took a knee, and then they forced me all the way down and then zip-tied me,” Olson told the U.S. Freedom Press Tracker. “They were telling me to drop my cameras. They would not let me take my camera.”

Freelance photographer Daniel Shular was arrested on October 3rd in a similar way, despite clearly being a reporter with bulky camera. He says “officers ignored him when he said that he was a member of the press” and that “that he was carrying two professional DSLR cameras and wearing a National Press Photographers Association press badge.”

The Missourian published an op-ed in late September that accused officers of being a greater danger to journalists than protesters. This week, a federal judge rebuked the St. Louis police for their tactics and issued an order to prevent them from shutting down nonviolent protests.

The St. Louis police department’s new special order is designed to remind officers of this. Here’s the special order that officers will need to read and acknowledge on a monthly basis:

News media will be given every consideration by Department members so that they may perform their news-gathering function; however, they are not entitled to interfere with an officer’s performance of duty or the safety of citizens.

The order supports the rights of photographers and journalists to shoot photos and gather news as long as they’re not interfering with police officers’ duties or putting other people in danger.

O’Toole says the department will also be increasing cadet training in journalist rights, as well as sending all officers a one-time advisory “emphasizing that while reporters aren’t immune from arrest should they break the law, officers should otherwise do nothing to interfere with journalist’s ability to gather information and report it to the public,” the Post-Dispatch says.