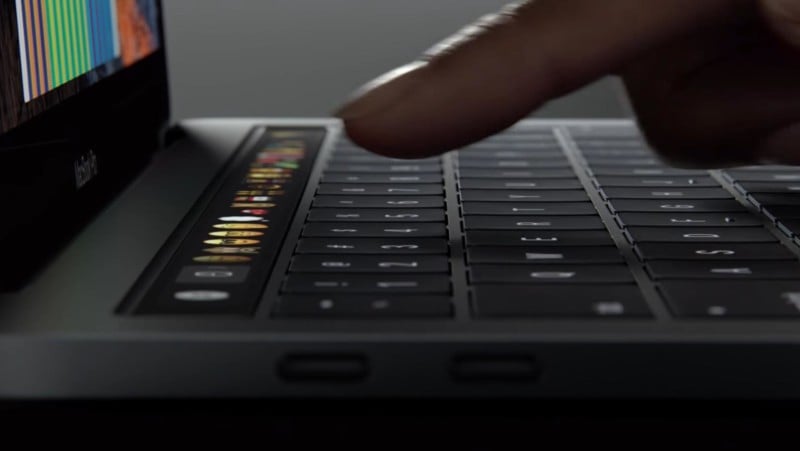 This post is a concise review of the touch bar MacBook Pro from a creative point of view. I use and like both PC and Macs and don’t have loyalty to one or the other. This has been a long time coming, and for good reason: I really wanted to put my laptop through the paces for a few months before I formed a true opinion.

I travel a hell of a lot, and the one thing that mattered to me the most was the build quality of a laptop. Having owned a MBP in the past, the metal build really lends a lot of confidence over a lot of plastic bodies out there. The unibody design and sturdiness has been wonderful. It hasn’t let me down. The hinge is solid, and it looks beautiful (side bonus).

I haven’t used a trackpad that I have liked more than the ones on MacBooks. The response is fantastic. This new one has a larger trackpad and the palm rejection works extremely well! There are some moments where it picks it up but not enough to even mention otherwise. The extended size was beneficial as you never run into the edges. Also, having every corner as a clickable area really helps not having to start at the bottom. 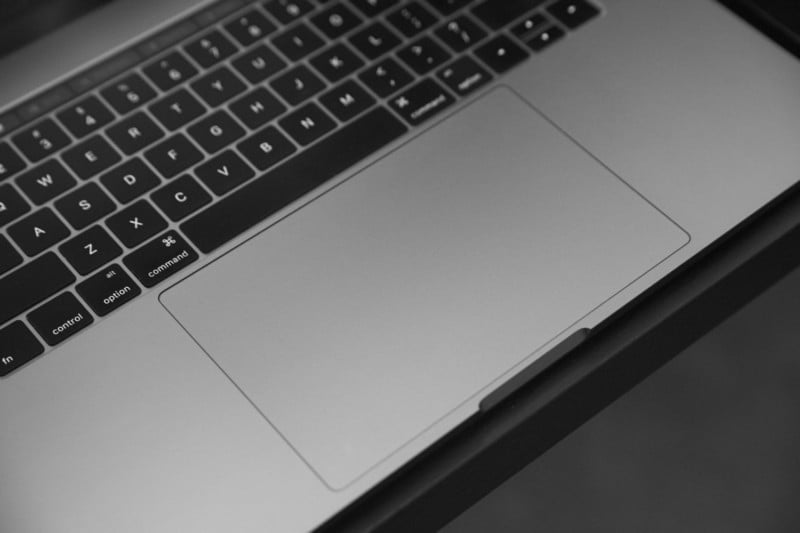 When I saw the first announcement of the new MBP, they included a size reduction as a part of their “upgraded features” list. I scoffed at it because let’s face it, how much lighter does it really need to be? Give me something a little bigger with better battery life! However, after the infinite amount of times I’ve been throwing this laptop around, including in and out of my laptop bag, it feels considerably lighter and it makes me almost want to dance with it (okay not really). Security, coffee shops, home to transit, the travel is quite extensive.

This is something I didn’t consider till it mattered. I remember being in Italy for a conference and my battery cable died the night before presenting to a crowd of a 100. The night before, I had to use up my reserve to prepare as well as meet a few deadlines. Simultaneously, I was able to get another charger from one of the hosts as well as pick up a new charger once the seminar finished at the Apple Store. Had I been with another device, could I be as confident that replacement parts would be accessible in most cities across the world? Also with Apple Care I felt a little more confident knowing I could go into a store to get something sorted if I had to. Obviously, it’s no guarantee but having the global support felt great when in a pinch.

The situation with finding replacements at the last minute has happened multiple times in other scenarios. The peace of mind and confidence is worth the extra cost.

Now that the new screens have P3 colors, it has been advantageous in seeing additional ranges of colors that I previously couldn’t see, especially in the spectrum where over saturation tends to happen. I haven’t had a chance to play with the Razer laptops or others that have 100% Adobe RGB support, but I am so happy laptop screens all around have evolved as well. 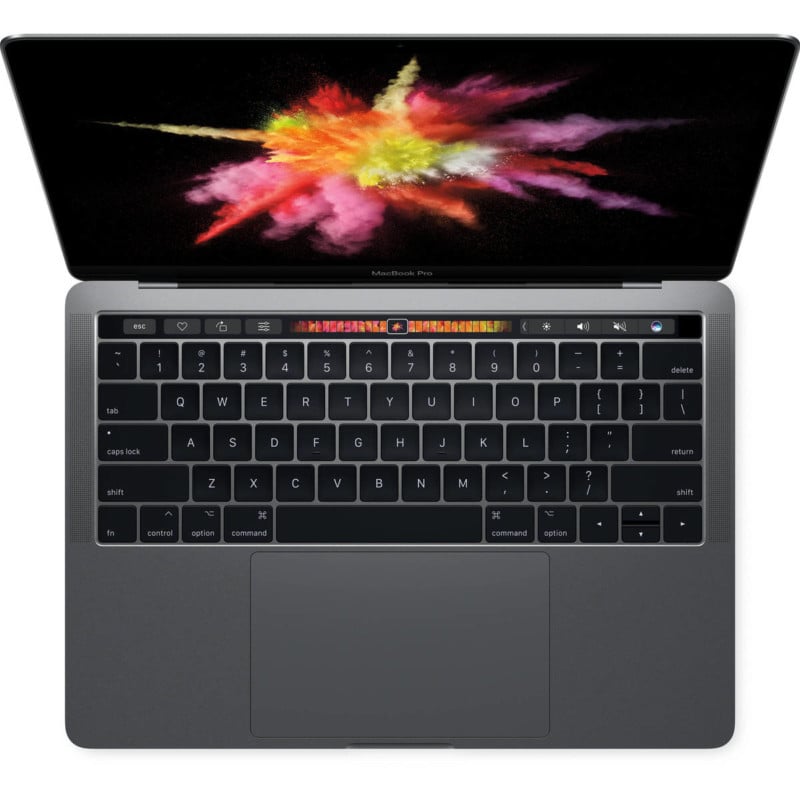 My previous MBP had the fans come up a lot more often. No matter how hard I work this device with multiple programs and multi-tasking, it stays really quiet. I noticed that the vents at the top of the keyboard, near the bottom of the screen, are missing, so perhaps they’ve really changed the airflow of the device.

At home, I have 32gb of ram on my PC system. Even the 5k iMac that I use has 32GB of ram. They both operate smoothly and really notice a big difference on how buttery smooth it makes a system, granted everything else is up to spec. It’s such a shame this couldn’t utilize having 32GB of ram. With that being said, this system still operates fine. I notice it during the times that I have to do huge composites and I am moving large source files around to composite with.

Aside from that, I don’t mind the smaller form factor for 95% of my work. Could I have had the extra ram with the compromise of having a thicker laptop, I would absolutely do it!

Haha. I haven’t been able to use the touch bar aside from looking at it for entertainment. Most of the time my eyes are glued to the screen and I rarely look down. Also, on the road, I use a laptop riser and a Bluetooth keyboard so I wouldn’t get to really utilize it. Laptop risers are awesome to prevent neck strain as the laptop screen is at eye level (highly recommended)! The only time I’ve used the touch bar is when I am screen recording via QuickTime and want to start or stop recording without clicking on the program. 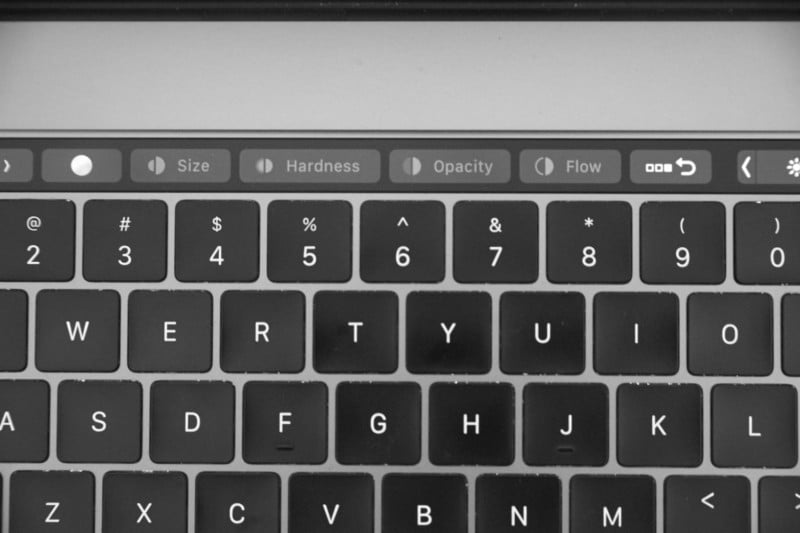 I miss MagSafe as much as Rose misses Jack on the Titanic! *plays the sad flute*. I have seen 3rd party USB-C MagSafe options but I haven’t tried them yet. I’d only try them if they were Apple certified because you don’t want your laptop frying from faulty electrical charging components. I don’t know enough about it but I don’t trust it. It’s one of those things, it doesn’t matter, except the time that it actually does and some over-anxious caffeinated stranger next to you at the coffee shop wraps his foot around your charging cable and takes a step forward. MacBooks do fly!

A small issue, but packing up the charging cable and block is still messy. You can now disconnect the wire itself from the block since It’s just a USB-C cable, but I wish Ives would come out with a more sophisticated way to wrap up and pack your charging cable. The old charger block had little wings where you could wrap the wire around, and the little snap on the end of the charger so you can hold it in place. This new one is just spaghetti noodles everywhere in your laptop bag if you’re in a hurry.

The butterfly keys are like particular family members, you love them but you sometimes hate them. It’s a duality of confusion. I’ve had issues with certain keys sticking. It happens in certain conditions like humid climates or being on planes. I don’t know why this happens, but it does. The older keys were way more accurate and dependable. However, for short-term typing these new keys are faster. I do like them a lot but it’s a little too close to feeling like you’re typing on a flat piece of paper. My fingers almost miss having to press a little more on keys to register letters.

Secondly, I have a sneaky suspicion that the keys were made shorter so that they could simply make the laptop smaller by fractions of an inch.

I also feel like the keys are a little louder than the older ones as well. You will either love them or hate them. 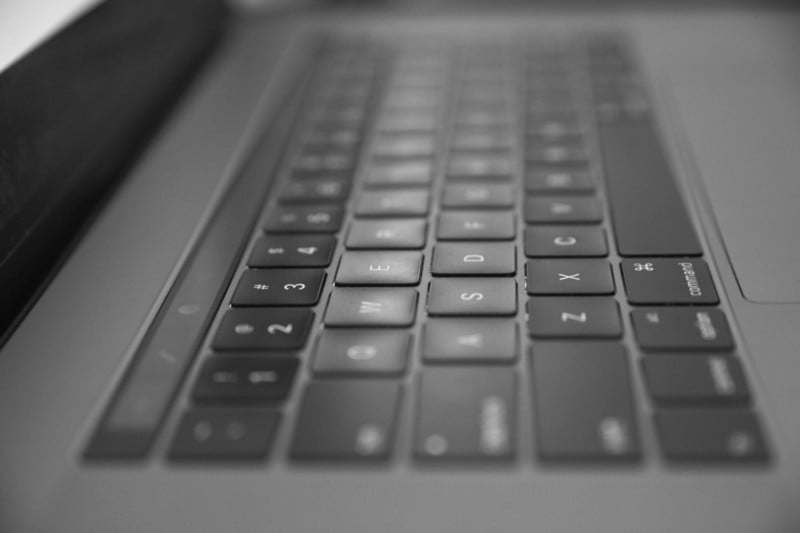 USB-C everything is annoying, still. There are some devices where I couldn’t simply swap out the cables. To circumvent this issue, I decided to buy Amazon Basics USB-C to USB 3 adapters and keep them attached to the cables. And then when I need to use it on a USB 3 device, I simply take off the adapter. For $20 I converted everything. Secondly, I got a HooToo Suite dock so I could use HDMI and an SD along with additional ports should I need more peripherals. I mostly got it for projectors as I use HDMI a lot.

The battery life on this device is a lot less. I feel like I get 4 hours using it fully with Photoshop. It’s ample if you don’t work without a charger that often. But if need it to last, I’d recommend getting a backup battery. I would love more for long-haul flights. 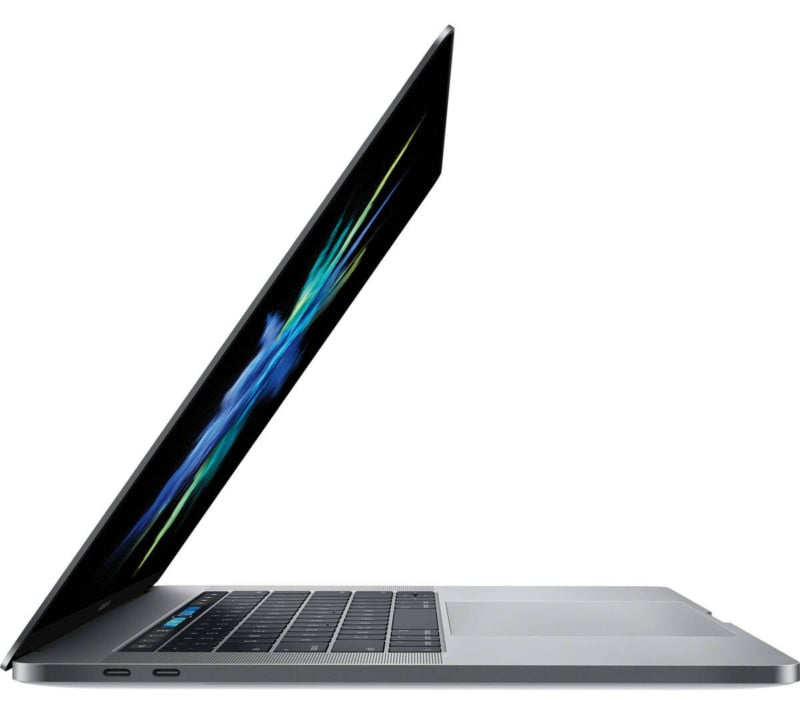 I don’t think this is the perfect laptop. It has pros and cons, and I think other laptops out there are in the same boat as well.

I was highly skeptical of this laptop before buying it because on paper, it looked dumb. I needed it because I teach a lot and I do believe the familiarity benefits my students who are primarily still in the Apple ecosystem. At home, I am on Windows and just like laptops, they both have their pros and cons. Knowing both systems has been a huge advantage for me, if not only to help my students.

I have to say that it did beat my expectations and I don’t regret my purchase. It actually keeps up with me and I work like a maniac! If I was doing composites full time, I’d opt for an XPS 15 as my work laptop. I really wanted to hate this laptop but I can’t say that I really do granted that it has done what I have asked it to without fail. Especially in a month like this last one, I have been retouching and working in excess of 16 hours a day for a month and it has added no additional stress.

14 Helpful Lightroom Tips and Tricks to Improve Your Photo Editing

I Photographed the ISS Crossing the Full Moon at 17,500mph