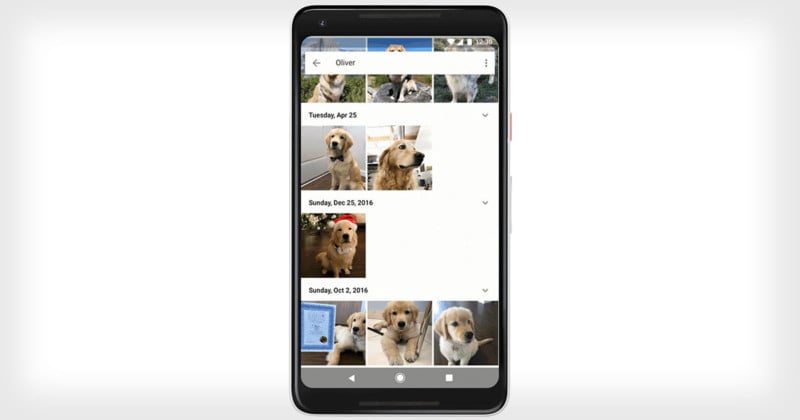 Google Photos is now able to identify and recognize your furry feline or canine companions, pulling together albums specifically featuring them.

You can give each of your pets names, allowing you to search for “Katy Pawry” or “Snarls Barkley” instead of “cat” or “dog.”

You can also search using the cat or dog emoji, or even by pet breed.

However, a Google spokesperson admitted to Buzzfeed News that the tech was in its early days. “This is just the start, and [if] you have a number of pets that are the same breed (such as a few yellow Labs), you might need to help the app by removing photos of a misgrouped pet, so the app can tell Lassie from Fido.”

Earlier this year Google introduced a feature that would make a movie about your pets, but now you can easily select the best shots, from your new dedicated album, for a film like this:

The change comes along with a number of new AI updates for Google Photos.