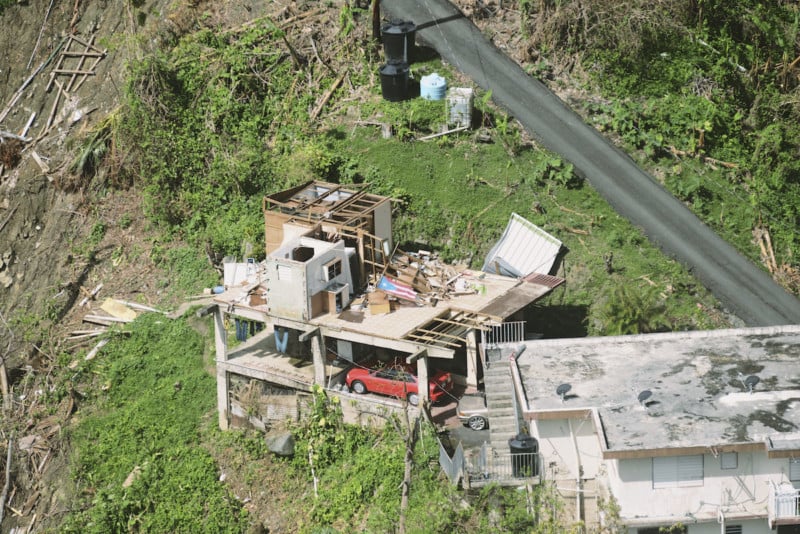 On September 20th, the Category 4 storm Hurricane Maria made landfall on Puerto Rico, making it the most powerful hurricane to hit the island in almost 90 years. With catastrophic winds of 155 mph, Maria devastated the Island causing severe damages to homes, buildings, agriculture, and infrastructure.

By also taking out its power grid and telecommunication towers all over the territory, the hurricane left the 3.4 million Puerto Rican population in the dark and without communication. With trees and traffic poles down, roofless homes, fallen bridges and flooded areas, the unrecognizable island struggles without power, food or water as federal and governmental agencies work to eagerly restore Puerto Rico. 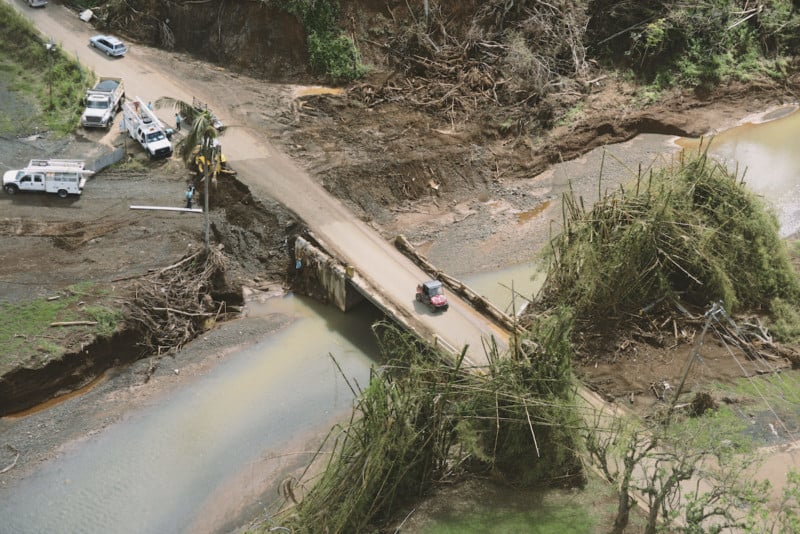 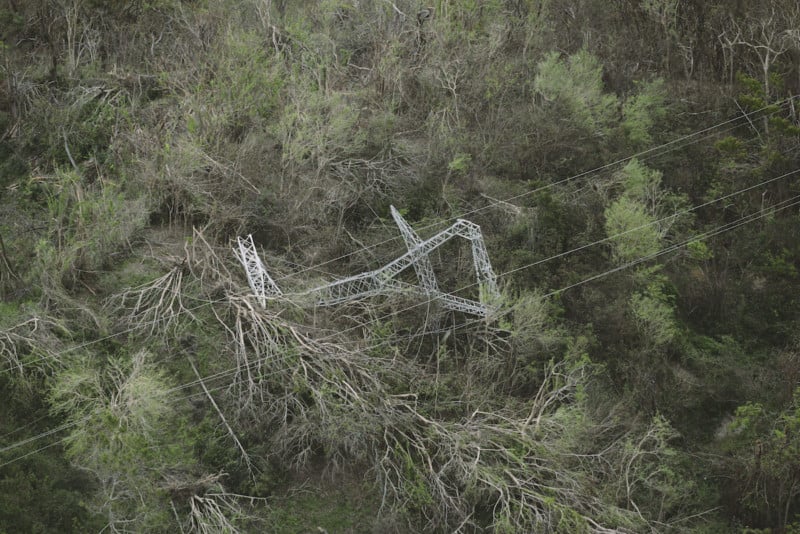 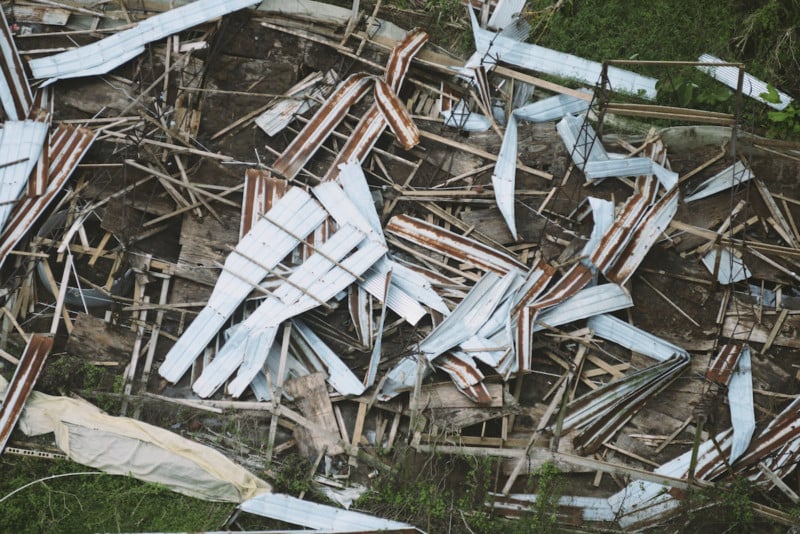 As an assignment for FEMA, I was tasked to do an aerial documentation of one of the most affected areas in the mountains of Puerto Rico. This included the municipalities of Barranquitas, Utuado, Lares, and Naranjito, located in the heart of the Island. I worked alongside with Puerto Rico United Forces of Rapid Action (FURA) pilots who flew with me over these areas and helped me get the best angles in different positions.

All the shots were taken at a shutter speed of 1/2000 with an 80-200mm lens, the best tool for shooting aerial content. 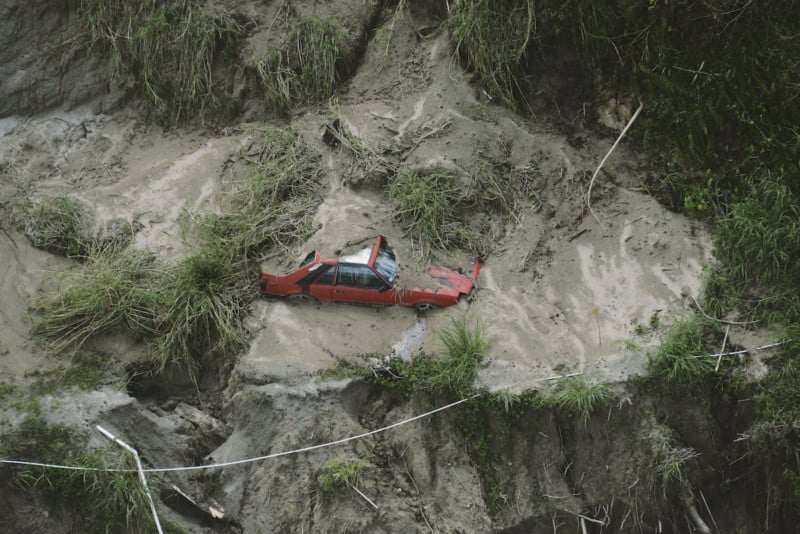 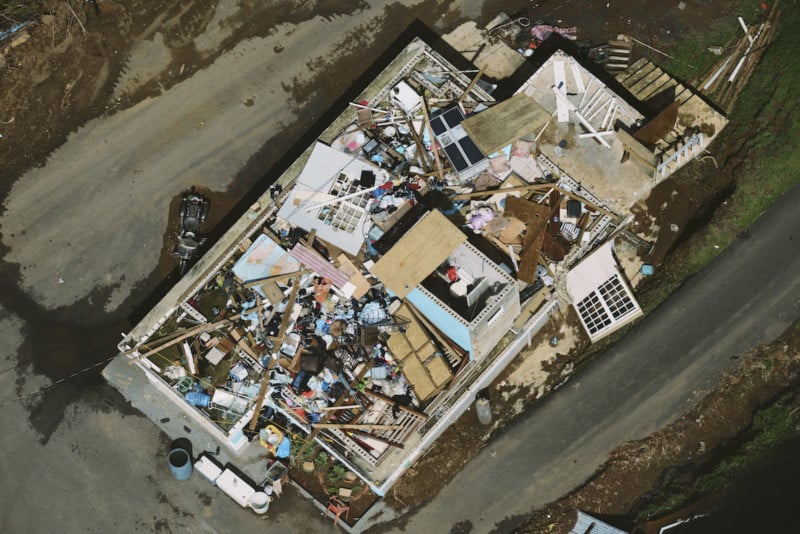 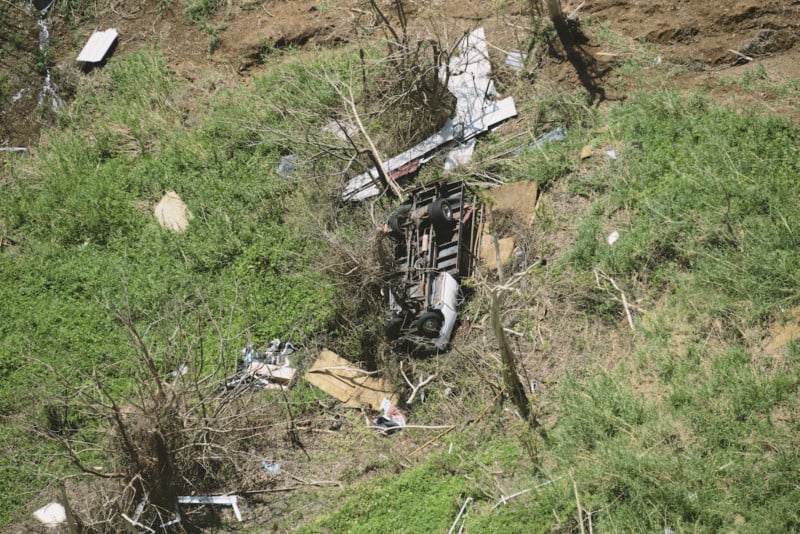 During the assignment, we saw houses completely destroyed and people in huge lines to get clean drinking water and gas, and how the landscape had transformed after the storm. 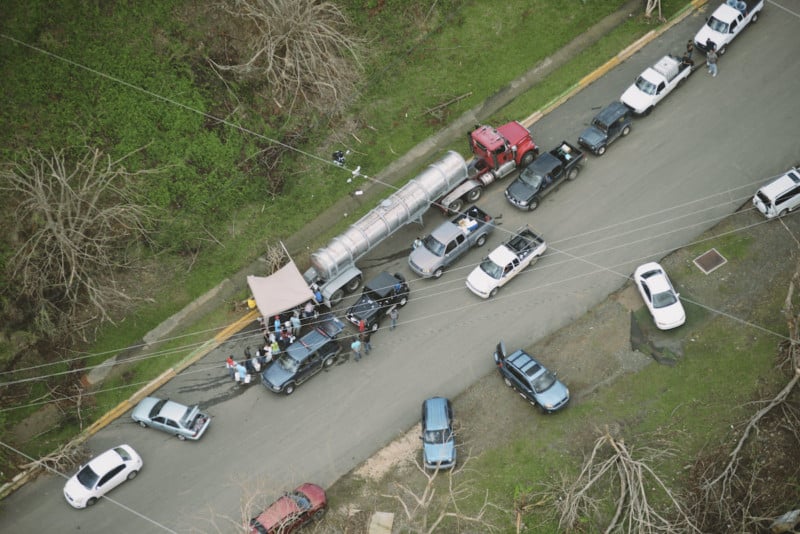 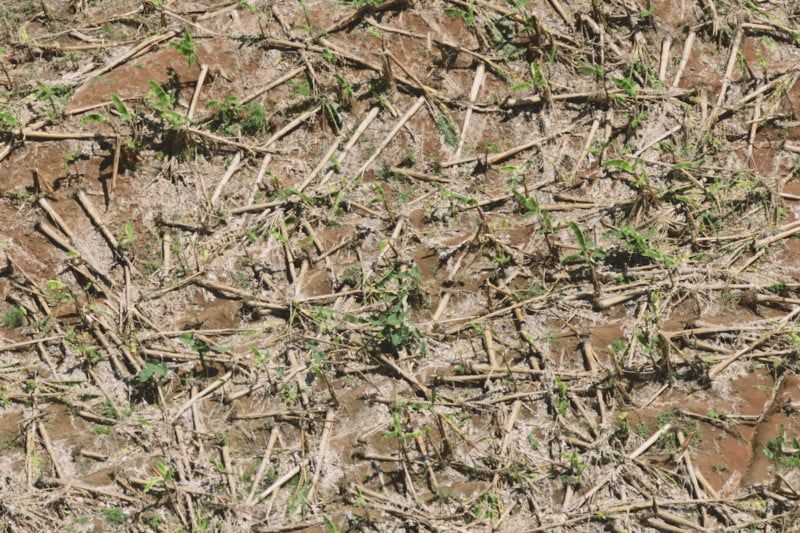 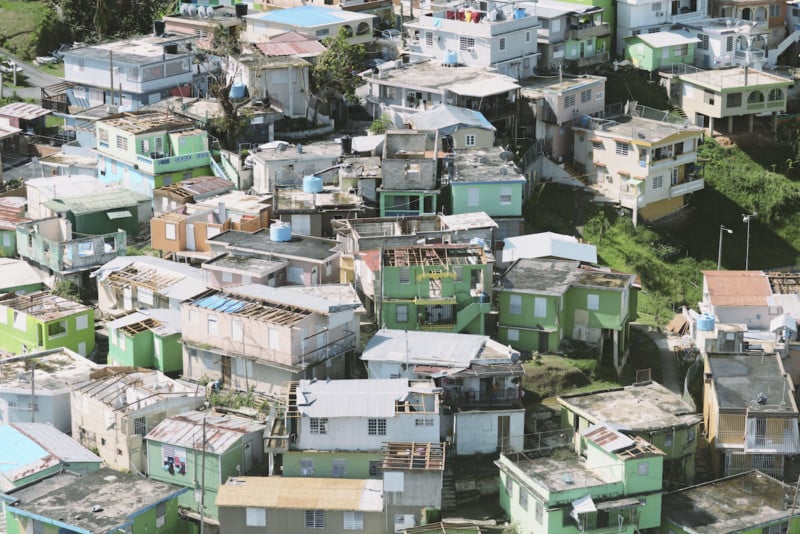 I hope these pictures, and the fact that they were captured from a different perspective, can help raise awareness of the outcome of Maria in Puerto Rico. The havoc might seem minor upfront, but when looking at it from a bigger scale, from the sky, you get to realize how big the impact was. 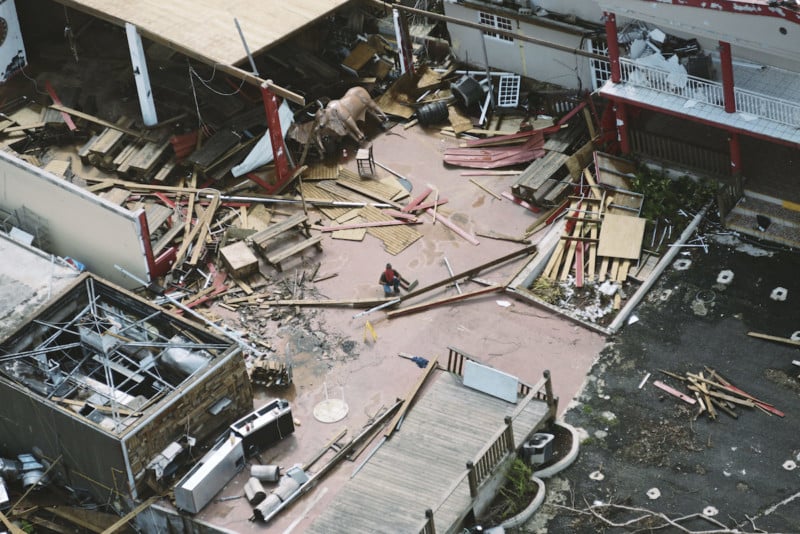 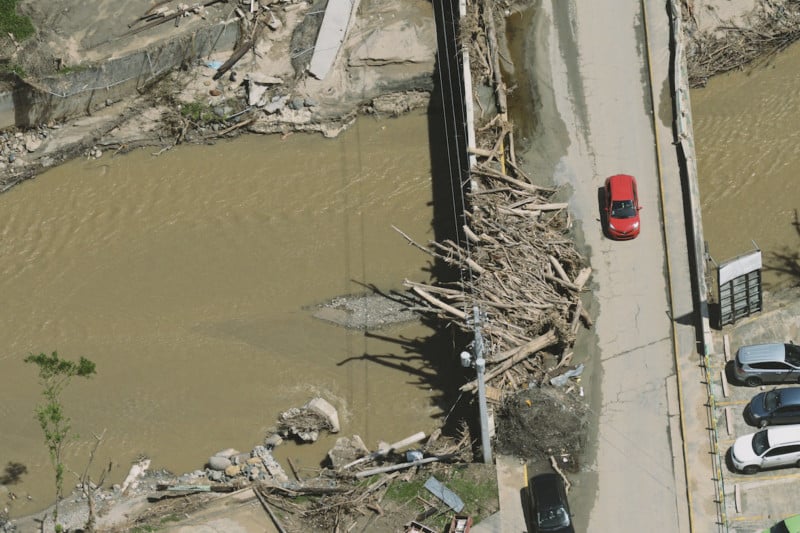 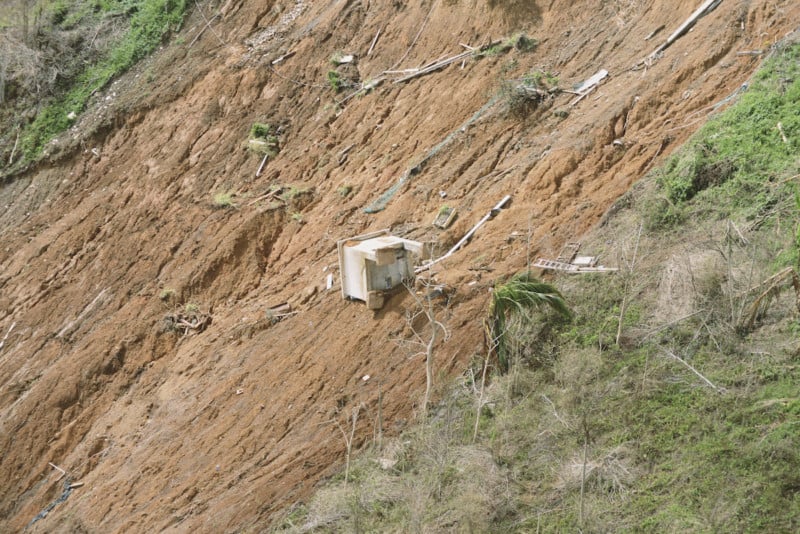 Every day since the passing of Hurricane Maria, I’ve worked with FEMA and other federal and local agencies to assess and record the devastation on the island and its recovery efforts. Doing this kind of work, I generally see the destruction that natural disasters bring to different communities, but seeing it and living it from my island, it’s a totally different perspective. 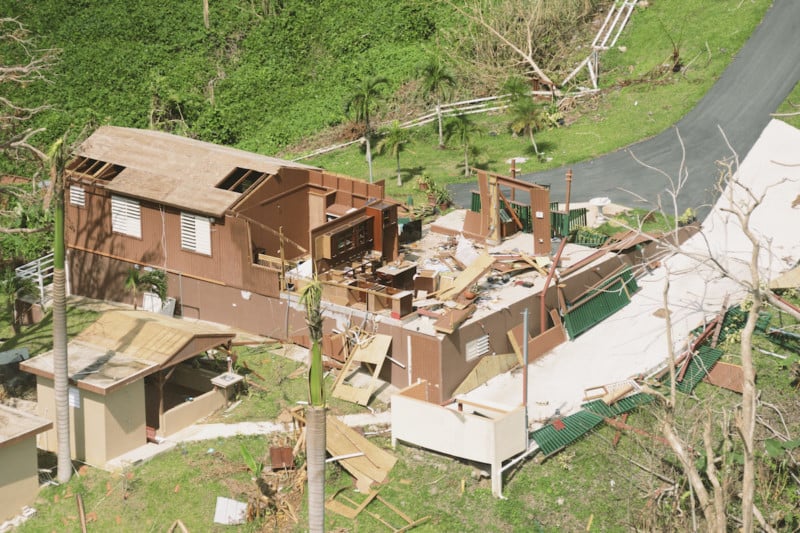 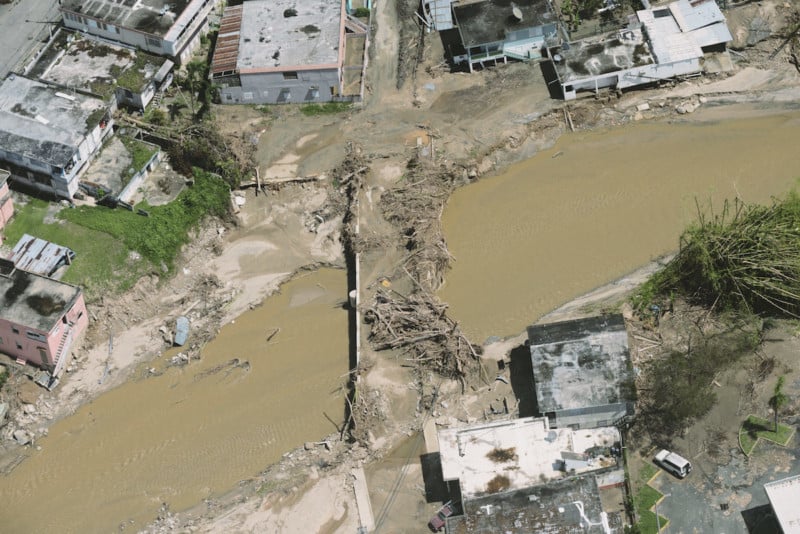 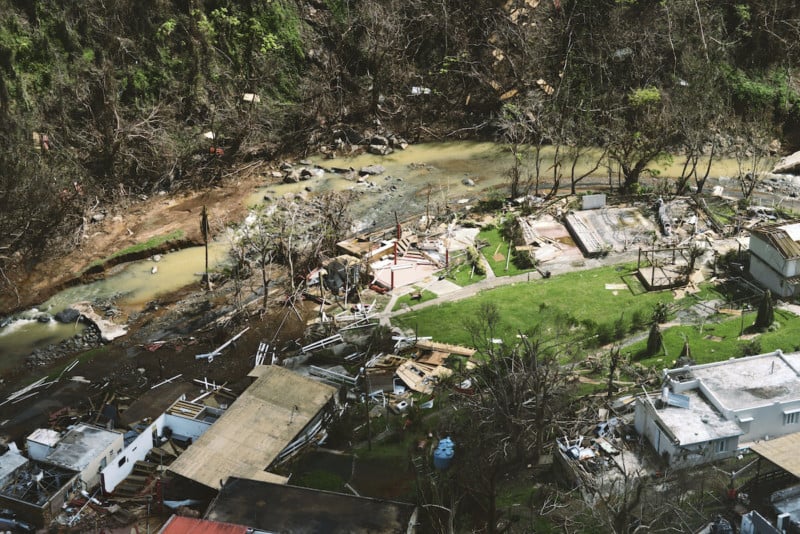 It is shocking for me to see how the place where I grew up changed so drastically. The devastation is incredible, it is definitely the worst I’ve ever seen. Even though Maria bought destruction to the whole territory, Puerto Rico is on the slow and steady road to recovery with the federal and local government’s help and the restless work of its people. 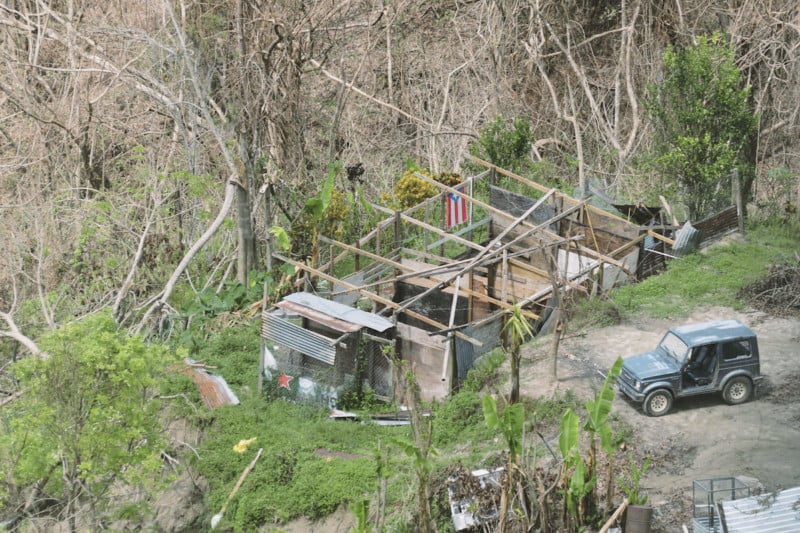 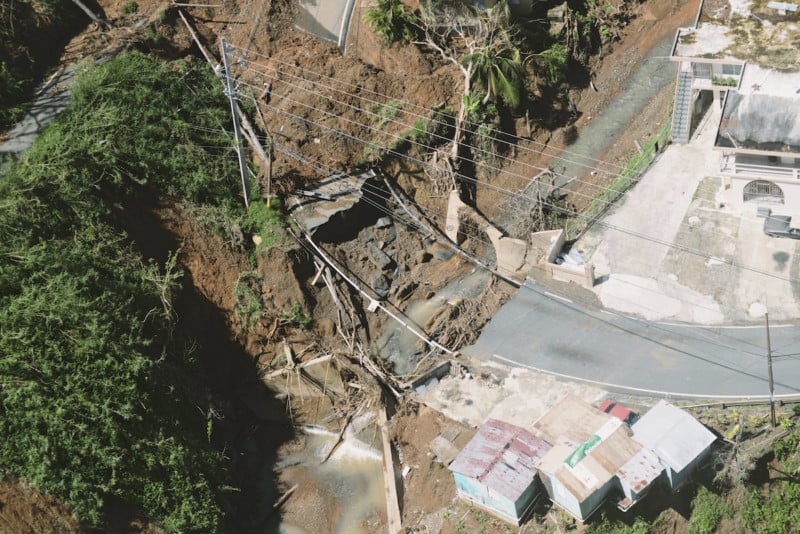 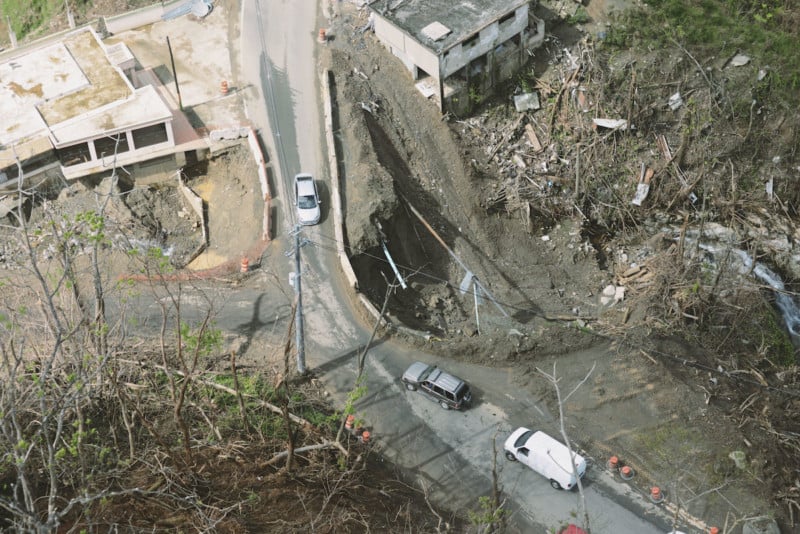 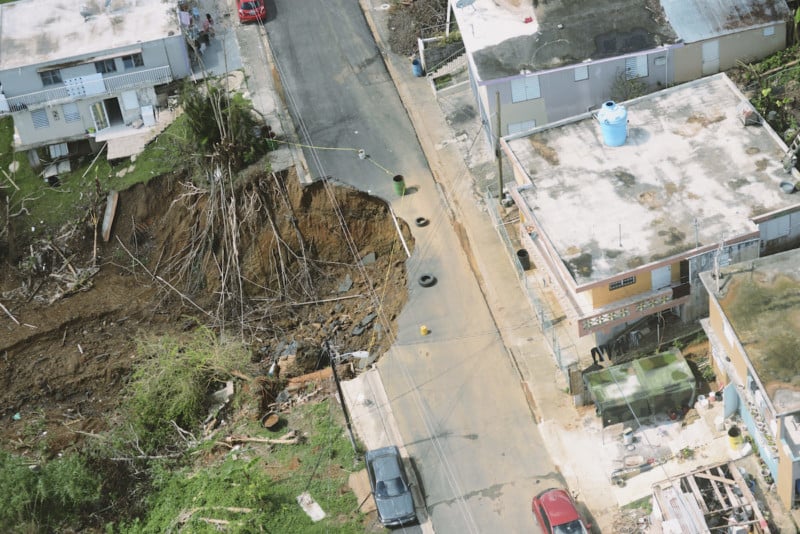 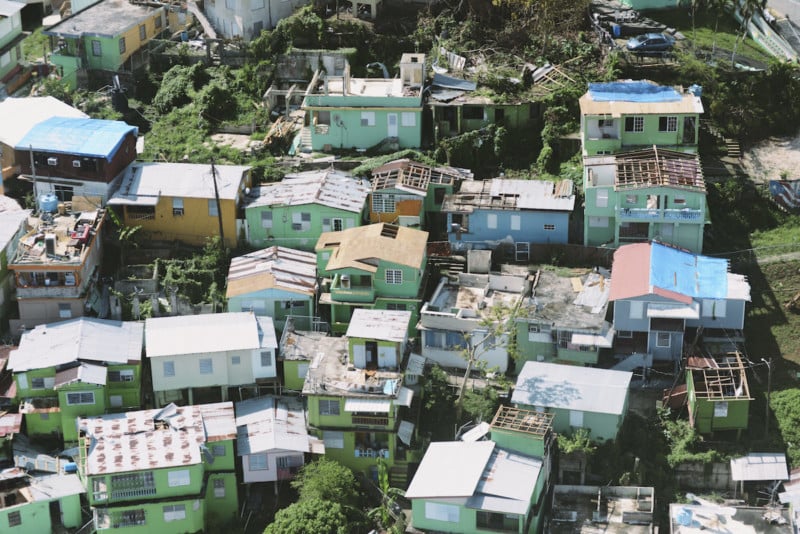 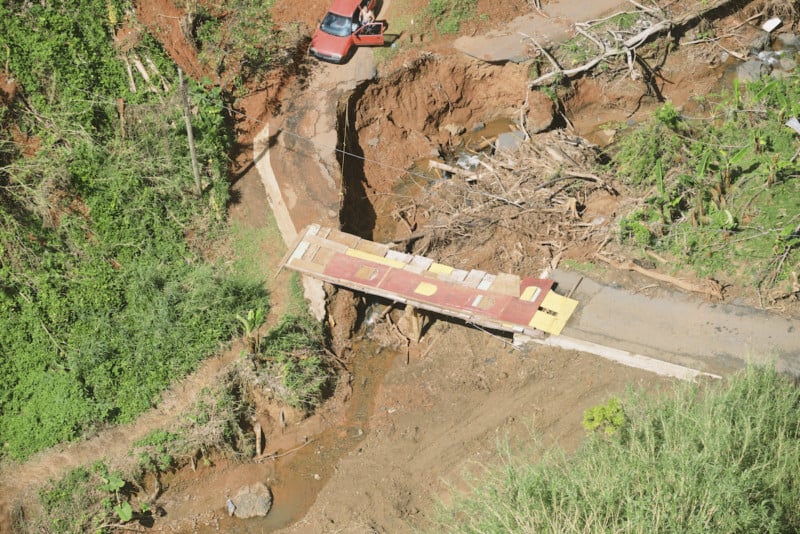 Editor’s note: The photography community is coming together to raise support for victims of Hurricane Maria. Photographers Chelsea and Tony Northrup have started a fundraising effort to help bring clean drinking water to Puerto Rico through water filters:

You can donate to this cause here.

About the author: Eliud Echevarría is a photographer based in Puerto Rico who’s currently working as a photojournalist for FEMA. You can find more of his work on his website, Facebook, and Instagram.

Why Photos of the Eiffel Tower at Night are Illegal