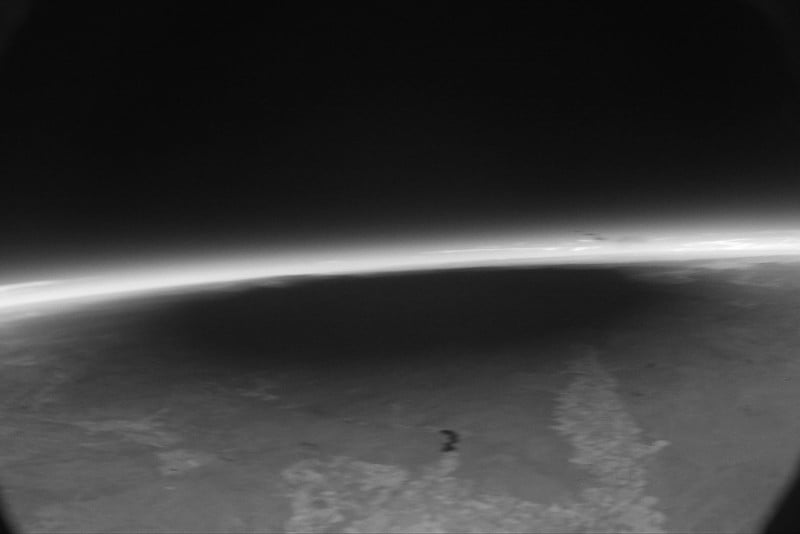 During the Great American Eclipse, L. Paul Verhage sent up a high-altitude balloon in Eastern Oregon and captured this beautiful photo of the moon’s full shadow passing across the landscape towards the horizon.


The camera on the balloon was one that captures near-infrared photos, which offers a different perspective of the scene compared to traditional cameras.

“My images are the shadow on the ground without interference from the atmosphere (the atmosphere scatters visible light, especially blue light),” Verhage tells PetaPixel. “So in my monochrome images, the shadow is better defined.

The photo above was captured at around 45,000 feet, so the horizon is about 260 miles away. The moon’s shadow measures about 70 miles across and can be seen in its totality from this vantage point.

P.S. Here’s what the same perspective looks like in a video captured by a GoPro on a high-altitude balloon.