Auto-stacking in Lightroom can quickly organize a huge set of images in to more manageable ‘stacks’, which are small groups of images grouped according to their capture time. This 6-minute video from photographer Anthony Morganti shows how you can use the feature to speed up your workflow. 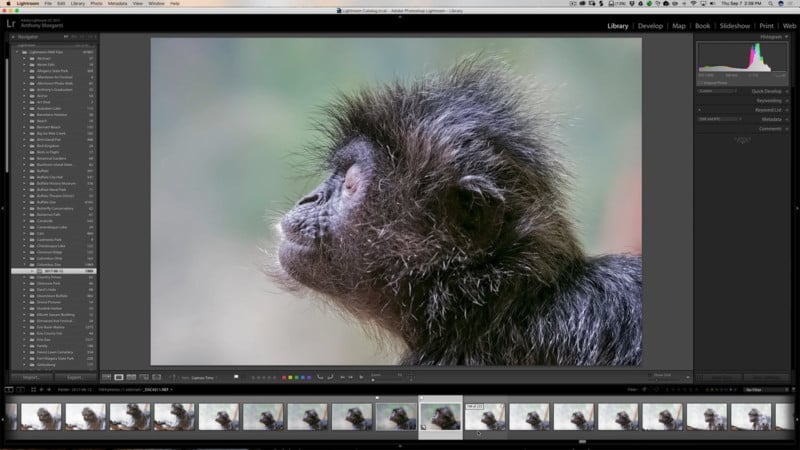 Auto-stacking is especially useful when you are taking burst images, like Morganti in his wildlife photography example. Normally this will result in a huge grid or filmstrip of near-identical images, which is difficult to deal with. By stacking them, you can reduce the size of the grid and quickly see which images were shot as a burst. 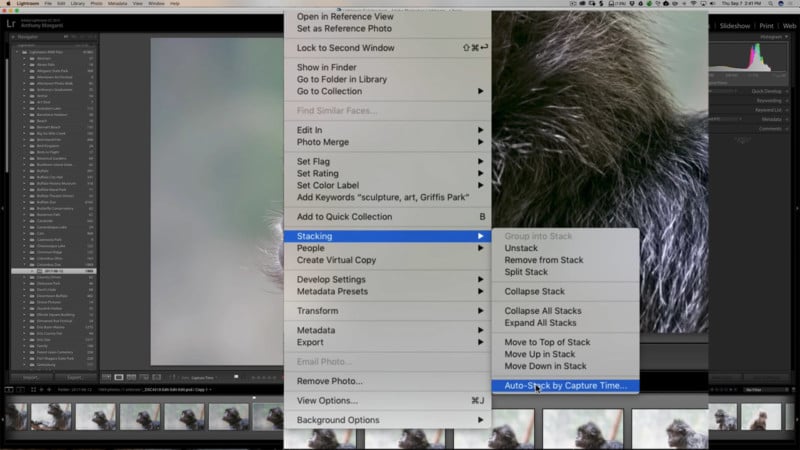 To enable the feature, right-click on any image in your film strip or grid and select Stacking>Auto-Stack by Capture Time. 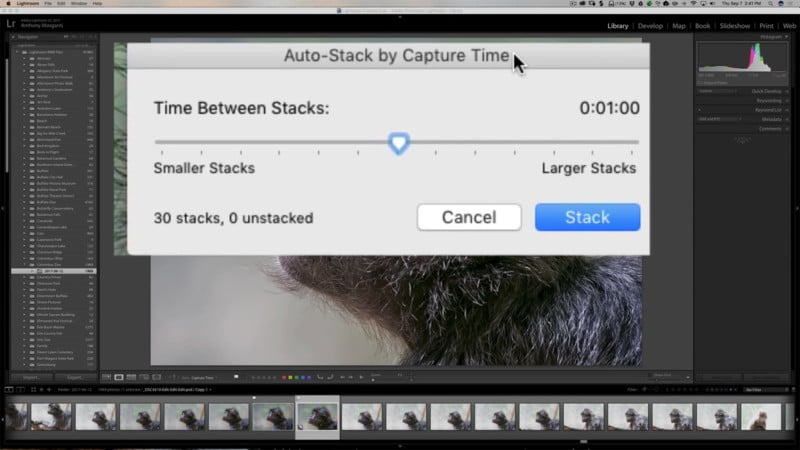 You will get a dialog that lets you choose the time between stacks. The default shown in the above image is set to 01:00, which means that any image that was taken within a 1-minute period will be stacked. 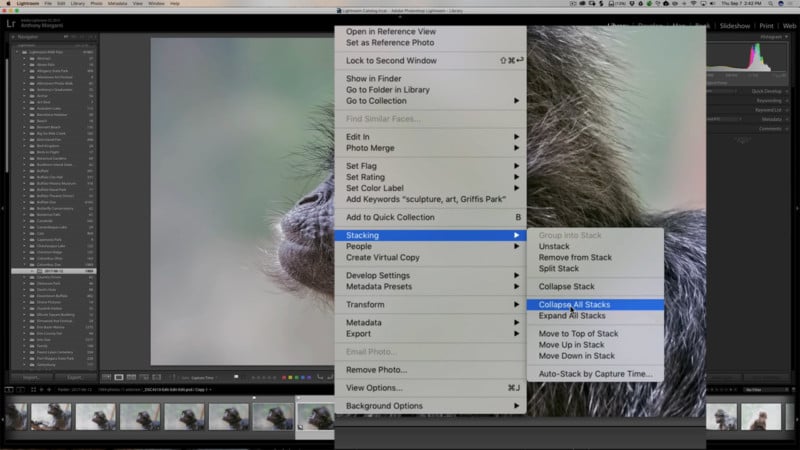 At first, you won’t see anything change. To collapse the stacks and clean up your film strip, you’ll need to again right click an image and this time select Stacking>Collapse All Stacks. Your film strip will instantly shrink and you will see numbers in the corner of each image indicating how many images are in the stack. 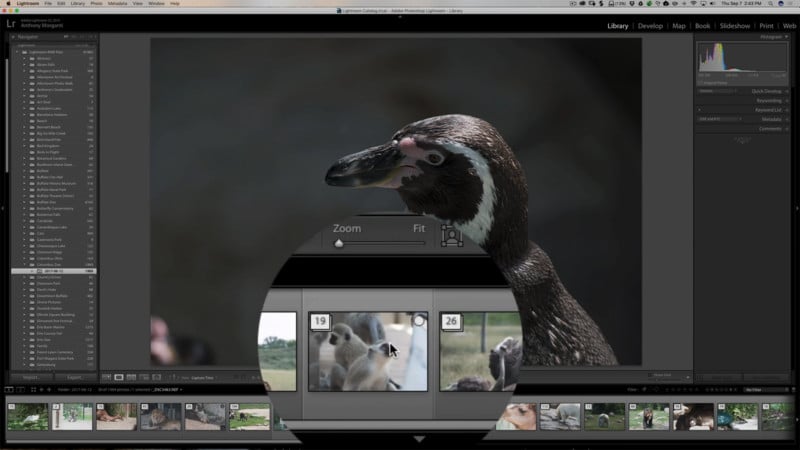 Another great use of this feature is for image bracketing, where you take a series of images within a short period in order to later combine them for an HDR. By setting the capture time period to something shorter, you can automatically stack those bracketed shots to make them easier to deal with.

You can find more of Morganti’s info-packed videos by subscribing to his YouTube channel.

(via Anthony Morganti via Fstoppers)

The Story Behind That Viral ‘Distracted Boyfriend’ Meme Photo

How I Shot Cliff Divers with a Total Solar Eclipse