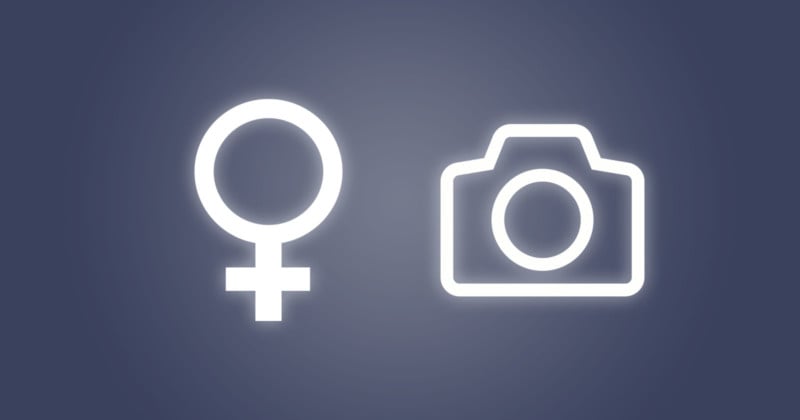 My name is Susan Stripling, and I’m a wedding photographer based in New York. This is an open letter about sexism, feminism, the industry that I love so much, and everything in between…

I have been a wedding photographer since 2002. I was 24 years old when I started my business.

I took out a loan to start my business. A small one. I remember the man at the bank talking to me like I was a child when I was setting up the paperwork. He told me that if it didn’t work out, I could always “stay home with my kids.”

In 2004, an industry leader that I formerly respected kissed me on the mouth at a photography convention. I did not want that to happen. I did not ask for it. I spent the rest of the convention wondering what I had done to provoke that. I never once realized that no matter what I’d said, done, or worn, it wasn’t okay. I eventually told people, but I still feel strange shame about it, even thirteen years later.

In 2006, I walked into a vendor booth at a popular trade show and watched the men in the booth approach every male who walked through their area with a sales pitch, never once approaching me. When I pointed it out to the male friend I was walking with, he didn’t believe me. He wasn’t being cruel or accusing me of lying, he just didn’t see it happen, and thought I was being “too sensitive.”

(I can’t even tell you the number of times I’ve complained to male friends or colleagues about how much I get ignored at camera stores and the like without them at least once saying “Aw, that must all be in your head, that doesn’t really happen.” Which means that they never SAW it happen, but it would be super great if they’d just believe my word.)

In 2007, a guest at a wedding cornered me against a bandstand and shouted in my face to “take a picture of my dick!” He pinned me against the stage and kept shouting it. I had to go get the male photographer that I was there with to help me out of the situation.

In 2008, I stood on a small platform to speak for one of the first times ever. After talking extensively about photography in a very technical manner, the first question I was asked by a member of the audience was “How do you balance your business and your personal life?”

I am repeatedly asked if I miss being there for my kids on weekends. People are very concerned about why I’m not with my kids at all points in time. When I was in Florida and my kids were in a day program at our church, I don’t recall a single person ever asking my husband why the kids needed daycare for HIM to work.

Somewhere in 2008 or 2009, I went to a large photo-based convention and all but two of the speakers were men. The two women there to speak were talking about creating marketing materials.

In 2016, I went to a huge camera store in NYC to help my mom and dad return a consumer lens and buy a new one. When we approached the lens selection, the salesman talked to my father first. When I said “I’m a photographer” I got an indulgent smile and a patronizing description of how zoom lenses work.

I could go on and on for days about this.

I could talk repeatedly about the sheer number of times I’ve shown up at an event venue and before I’ve taken a single picture, the venue manager (who is usually male) starts with “So let me tell you how weddings work here!” They condescend to me, tell me where “most photographers take pictures”, and talk to me like I’ve never shot a single wedding before. I can’t tell you the number of times a DJ or bandleader has talked to me like I was a child about how the timeline of a reception would go. They slow down their voice, they emphasize their words oddly, and they act like they expect me to not understand a thing they’re saying.

“Stand up taller, be more confident, let them know you’re the boss and this won’t happen to you!” is the response most men give on Facebook groups when women talk about this problem at weddings. It’s not the right answer. These things happened before I said a single thing other than “Hi, I’m Susan, great to meet you.”

I AM confident. I AM strong. I AM tough. I am not meek, passive, wimpy. It’s not about how I carry myself. None of those things matter. They shouldn’t matter. This shouldn’t happen at all, whether I show up as Brienne of Tarth or the tiny mousy girl whose name you can’t remember who sat behind you in math your sophomore year.

I could talk on and on about the number of times I’ve tried to bring a male assistant or a male second shooter to a wedding, only to have guests and vendors alike think that he is in charge and I am his assistant. Not his second photographer, his assistant. Despite working with wonderful men who immediately refer those people over to me, I quickly became tired of the “Oh YOU are in charge!” response.

My husband, my excellent, awesome, feminist husband (who champions the sh*t out of female photographers) is also a photographer. When we introduce ourselves with what we do for a living, he gets saucer-eyed responses as if he’s just walked off the battlefield or a sports field with his camera in hand. I get “Oh you do that, too?” and a sweet coo, as if I naturally photograph babies at most, or that I’m sub-par to him at worst. I die a little inside every time.

I could go on for days about the number of times people cheerfully tell me “Oh wow, it’s great that you get to work on the weekends and then have the rest of your days to be with your kids!” First of all, hello, it’s not just the weekends. Second of all, I LIKE WORKING. I am 100% unapologetic (why should I be?) about the love that I have for owning my own business. Why do you assume I want to be home with my kids all week? Why can’t someone, for once, assume that I like having a job – oh, and that I can also like my kids and spend time with them, too?

These tiny micro-aggressions over the years have led to anger. Yes, I’m mad about this. I’m continually frustrated, and that frustration builds. Why are women in our industry mad? Because we have the right to be.

Let’s talk about some misconceptions now.

“Being a feminist means you hate men.” THAT IS NOT A THING. Just like men like to bring up #notallmen, man-bashing is not all feminists. Do some feminists hate men? Sure. Are some men sexist? Sure. Are some men f**king awesome allies? That, too. Not all things are everything, not all men are anything, not all women are anything. The women in our industry who are upset, myself included, don’t want to take things away from men. We don’t want to see men fail. It’s not about that.

Here are some others that I have seen posted on Facebook over the past week:

“Feminists are hysterical women looking to be offended about everything and anything.” No.

“Feminism discriminates against men.” No.

“Women get paid the same as men to shoot weddings, so sexism doesn’t have any place in our industry, I don’t see why everyone is so upset.” No.

“Having all-women Facebook groups or all-women workshops is just as sexist.” No.

“If you put your head down and grow a thick skin and work hard, you’ll eventually rise to the same place as the people you’re talking about. Sexism isn’t a thing, just keep working and your just due will come to you as you succeed.” No.

“Only you can keep yourself from the success that you deserve!” No.

“Women photographers are more into things like social media and marketing. If they stepped up and talked tech like the guys, they’d get more recognition with the men.” No. Have you ever met me? Right.

“I’m tired of women photographers whining because they aren’t getting something. Quit whining and work harder and you’ll get it eventually.” No.

Here’s the thing… These tiny micro-aggressions lay the path for more overt aggression in the future. And that is not okay.

THIS MATTERS. It matters because these small instances of women being treated as inferior translate outside of our industry. It’s not just salary and crap comments on Facebook, it’s real life. It’s way bigger than who tested what camera. It’s not being believed when actual violence happens to you. It’s bigger. Much bigger.

I want a seat at the table of equality because I am a great photographer and a great businessperson. I want more women, more women of color, more diversity everywhere in our industry. I want it because that is how it SHOULD be.

Women, it’s not about how you carry yourself. It’s not about being more outwardly confident and standing taller. Women who go on about these things push us steps backward, not forwards. Don’t victim-blame. Don’t give away your power.

“Shh, Susan, don’t be so loud. No one will want to work with you if you’re so loud and brassy.” (says most of the internet…) I sat back for a second before publishing this because I was legitimately worried about what people would say about me. I am not that person. I won’t be that person. Sit down, hush up, smile. Definitely don’t be loud.

I am NOT shrill, hysterical, or selfish. I am confident and strong. I am not going to put my head down, talk in a quieter voice, smile when I’m unhappy, or think “Should I post this” because I’m worried about what a vendor, venue, company, client, or fellow photographer will think of me. I am tired of being quiet about what I feel is our equal right to be treated with kindness and professional respect just because I’m worried that someone will label me as a “hysterical female” or a “loudmouth.”

Everyone who has written to me to thank me for what I have done for our industry, please know that I want to do MORE. I am trying to do more, and be more. For you, for me, for my daughters who look to me for inspiration and examples as they grow.

About the author: Susan Stripling is a wedding and portrait photographer based in Brooklyn, New York, and Philadelphia, Pennsylvania. The opinions expressed in this article are solely those of the author. Stripling is the co-founder of The Wedding School. You can find more of her work on her website, Facebook, Twitter, and Instagram.

Image credits: Header graphic based on illustrations by Amit6 and Designmodo