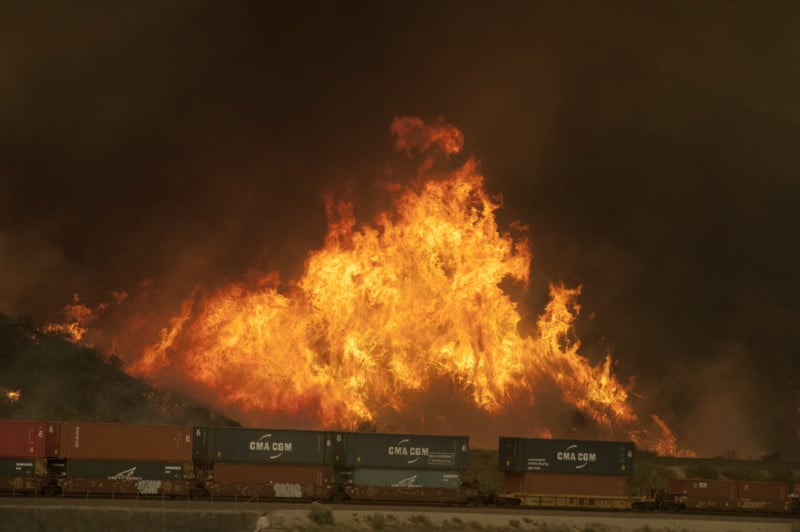 Back in August 2016, the Blue Cut wildfire tore through Cajon Pass in Southern California, burning 37,000 acres, dozens of cars, and over 300 homes and structures. Local photojournalist James Quigg documented the fire’s damage in a creative and unusual way: he found a burned teapot and turned it into a pinhole camera. 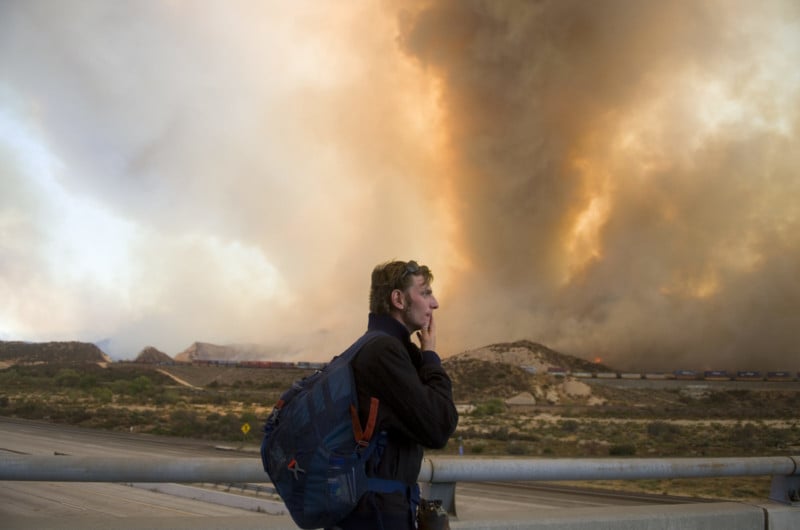 Quigg has been the chief photographer for the Daily Press newspaper in nearby Victorville since 2003. In the months after the 2016 SoCal wildfires, Quigg worked on a number of stories involving the aftermath and recovery efforts by residents affected by the blazes.

While watching a woman dig through charred rubble where her home once stood, Quigg spotted a scorched teapot.

“I asked her If I could keep it and she agreed,” Quigg writes in the Daily Press. “I took that teapot home and converted it into a pinhole camera.”

Quigg began using this custom camera to document “tragedy through a teapot,” shooting the damage of the wildfires with an object that was itself damaged by them. Here’s his explanation:

Why would I do that when I have a perfectly good 12-megapixel camera built into the phone here in my pocket? Because this camera takes photos that cannot be duplicated by any app or Photoshop action. Every image from this camera is its own, unique, original image. A “one off” as it’s called in the fine art world.

The images are permanently imprinted with the effects of the fire. The flat paper of these images was literally punched into the bottom of the teapot. It was present at the scene. The silver in that paper was darkened by photons of light coming off the sun, bouncing off the subjects, and into the camera. And because it’s a pinhole camera, it didn’t even pass through the glass of the lens.

Here are some of the photos Quigg captured with the teapot camera: “Every wrinkle, crease, and distortion, all the highlights and shadows, were somehow affected by the teapot which was affected by the fire,” Quigg writes. “There is no closer way to view the damage of the fire other than being there.

“This is what I hope to leave in your minds: memories of the loss and destruction these fires created rather than the superficial awe and excitement images of the flames create.”

You can find more of Quigg’s work on his website.

(via Daily Press via Fstoppers)

Image credits: All photographs by James Quigg and used with permission

3 Lightroom Tricks That Will Change How You Edit Photos