Here’s a somewhat unusual tutorial: Kiwi photographer and videographer Ben Stewart has found a way to control Lightroom efficiently using a Playstation controller. He uses a PS3 controller, but his instructions would also work with a PS4 controller.

The setup allows you to map your controller’s keys to any keyboard shortcuts that Lightroom supports. Stewart has set his up so that up and down on the D-Pad cycles through the adjustments in Development, and right and left will increase/decrease the values. Scrolling through images can be achieved with the left joystick, pressing in the left joystick will copy image settings, and pressing in the right joystick pastes them. 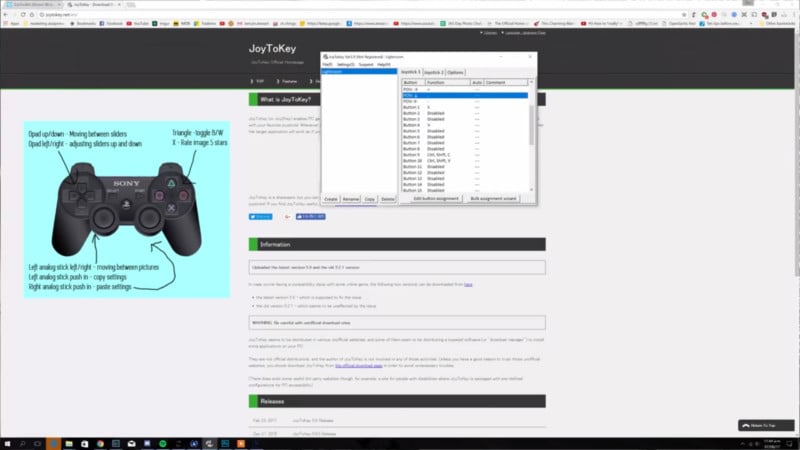 He has a few other shortcuts set up for the other buttons on the controller – you can set them to whatever works for you.

You’ll need two pieces of software to set this up on Windows. First is SCPToolKit, which will allow Windows to recognise your controller over Bluetooth or USB. Next, you’ll need JoyToKey, which is where you actually set up all of your shortcuts. Both pieces of software are free, though JoyToKey is shareware, so you’re encouraged to pay if you think it’s worthwhile. 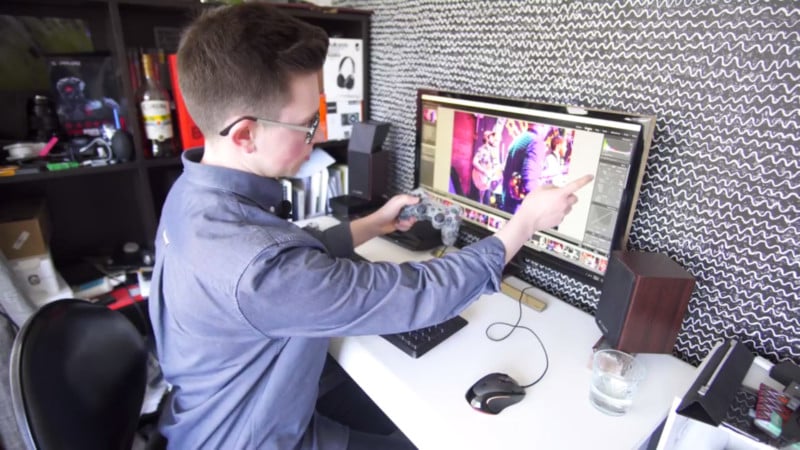 For MacOS users, Stewart notes that there is a piece of software called Joystick Mapper which should allow you to achieve the same setup.

Because many people may have a controller lying around, this is a useful way to utilize it to speed up your workflow a little. If you want to take it to the next level, you could consider investing in PFixer and a MIDI Controller.

Ep: 201: Jeremy Cowart’s Quick Solution to a Problem – and more

Review: The Laowa 15mm f/2 FE Zero-D is a Fine Lens at a Fair Price