Beware. There’s a new scam on Instagram that preys on people who would like a free camera drone. I was messaged by a scam account, and here’s how it works.

The account that messaged me was @birdviewdrones. There are several other accounts with a similar name along the lines of name.birdviewdrones with similar profile names. Almost none of them even have pictures of said drone on their profile. 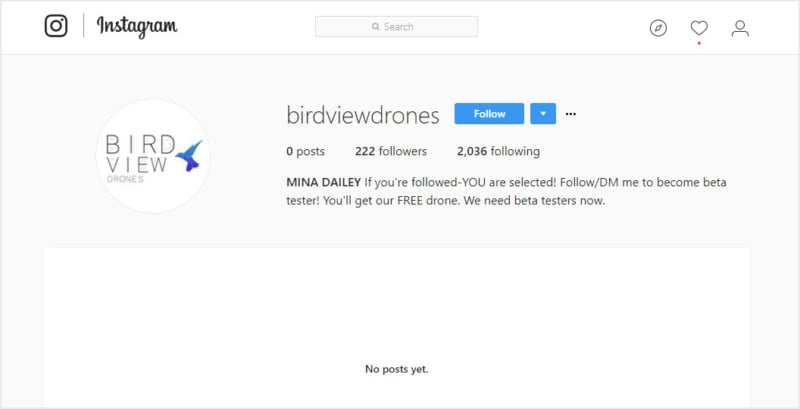 The account will message you saying you with the following text:

Hi [Username]! Congratulations, you are selected for our 3 week beta testing round. To participate and claim FREE drone, open your mobile browser and go to our website: birdeye.pro

Application process has a captcha in order to avoid mass robot entries. Don’t worry, it’s totally free. Be quick! Your personal entry is only open for limited time! P.S You get to keep the drone for free, we only want your honest review after your 3 week test phase. Enjoy! 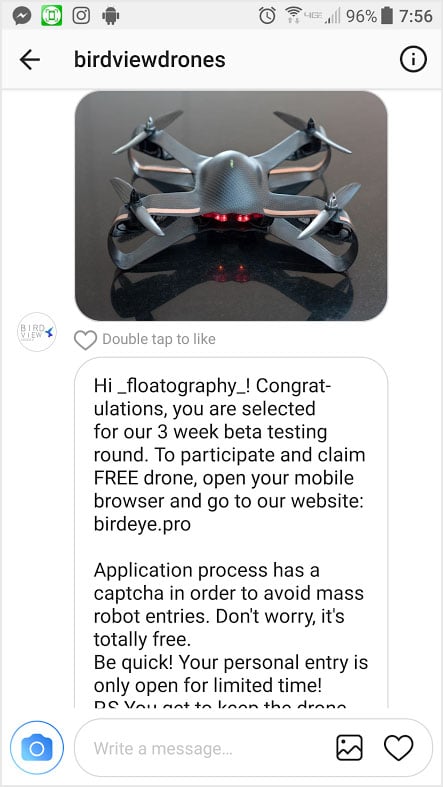 The drones they show on their accounts look to be carbon fiber chassis so I was already skeptical about getting to keep it when I am not a notable user on Instagram (~400 followers). It’s strange I was even being chosen to review it in the first place, especially considering that I shoot mostly film. I don’t know anything about drones. This was the first red flag.

The second red flag was the account stating that if it followed you, you are chosen! They have followed over 1,200 accounts. I don’t think even a large drone manufacturer could give away 1,200 drones and stay in business, especially not for amateur reviews.

The third red flag was the site itself. I chose not to visit it with my phone and instead visit it anonymously with Tor on a throwaway virtual machine. Sure enough, I was somehow still “chosen”! I was greeted with a 10-minute countdown to finish my reservation of a demo drone! Riiight. 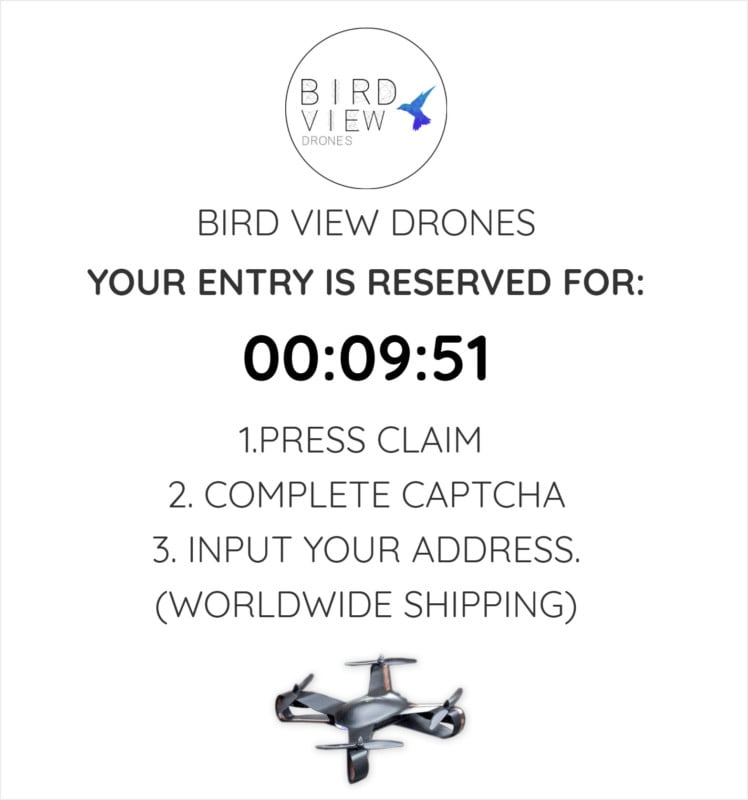 The fact that their message told me specifically to use my mobile browser makes me think it had something malicious planned for common Android and iOS browsers — probably just some kind of cookie or information gathering for them to sell. As for the site design, it is very amateurish since most of it is just one gigantic image that isn’t even knocked together very well. 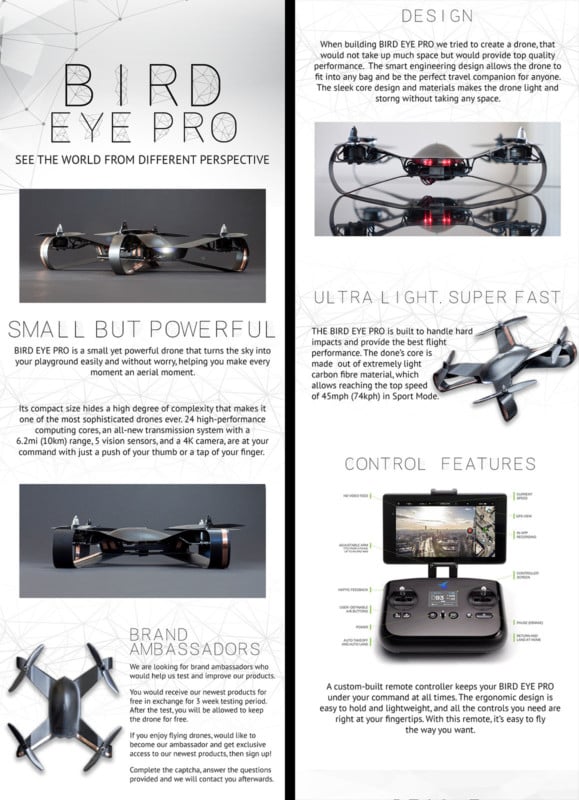 The fourth red flag is their “captcha”. It brings up external links to various scammy “reward” sites that promise you things like an iPhone 8. It says you just need to complete one to get your drone! 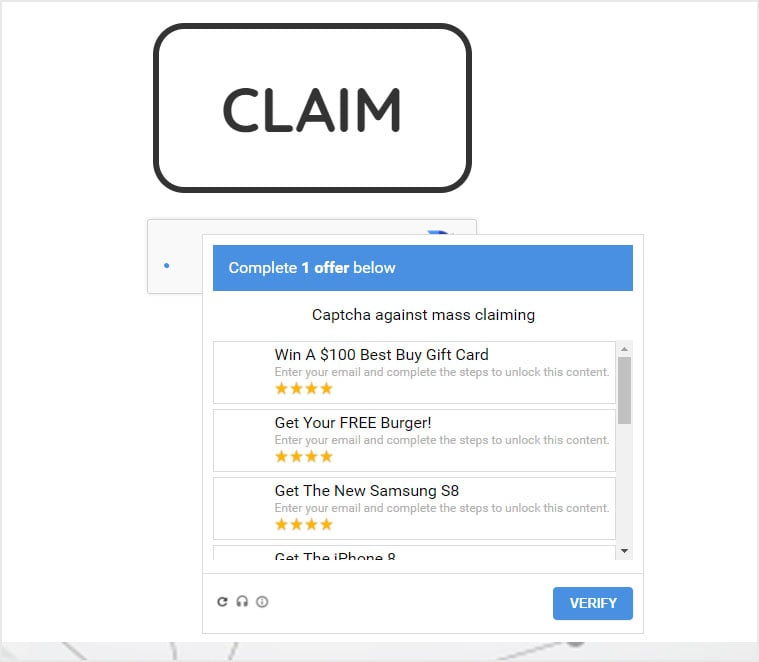 However, you will never complete one. I signed up for one using my throwaway email. It took me to a survey that I completed and filled in with false information. This survey then said it needed me to finish a survey with their “Silver” survey program and linked me to 4 more surveys which actually circle linked back to the same site or sites asking me to buy subscriptions to random stuff. Returning to the birdeye site does nothing.

About the author: Matthew Towne is a film photographer and developer based in Houston, Texas. You can find more of his work on his Instagram, @_floatography_.

Adobe To Kill Off Flash in 2020: Is Your Photo Website Ready?