If your dream as a photographer has always been to have your work exhibited in a big city gallery, you might want to be aware of “vanity galleries.” Here’s a 6-minute video in which photographer Mathieu Stern warns this type of gallery, which he calls a “scam.”

Stern was recently contacted by a gallery in London that offered him the change to have his photos exhibited in their space. But instead of taking commissions on sold artwork, the gallery is purely fee-based. In other words, photographers pay a hefty sum to have their work displayed.

After some initial excitement, Stern visited the gallery’s website and noticed that it was filled with low-quality work. He then dug deeper and found many reviews online by disappointed photographers who feel cheated by the gallery (and who also call it a “scam”). 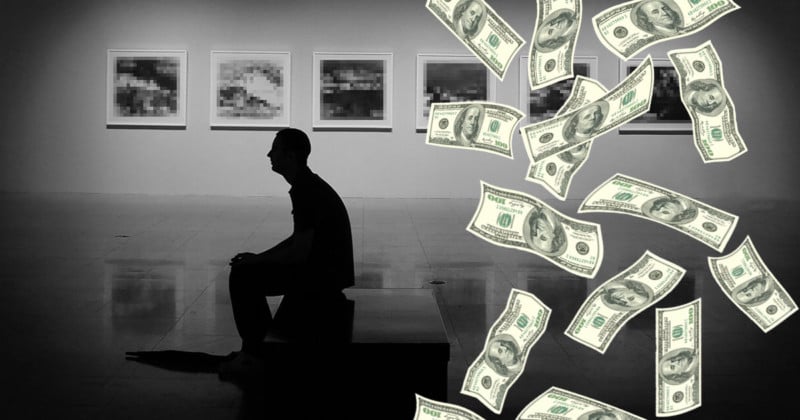 “Commercial art galleries derive their profit from sales of artwork, and thus take great care to select art and artists that they believe will sell, and will enhance their gallery’s reputation,” Wikipedia states. “They spend time and money cultivating collectors. If the artwork sells, the gallery makes a profit and the artist is then paid.

“Vanity galleries have no incentive to sell art, as they have already been paid by the artist.”

What’s more, due to the pay-to-play nature of vanity galleries, the exhibitions are usually avoided by the influential critics you hope the work will be seen by.

Stern says he saved himself from losing around $1,000 by doing his research and not handing his money over to the vanity gallery, and now he’s trying to caution other photographers about this type of offer.

If your sole goal is to be able to say your photos have been shown in cities like London, Paris, and New York, then perhaps vanity galleries are for you. But otherwise, you may find that you’ll end up receiving a lot less than you paid for.

Drone Footage of a Mailman Delivering Mail After California Wildfires