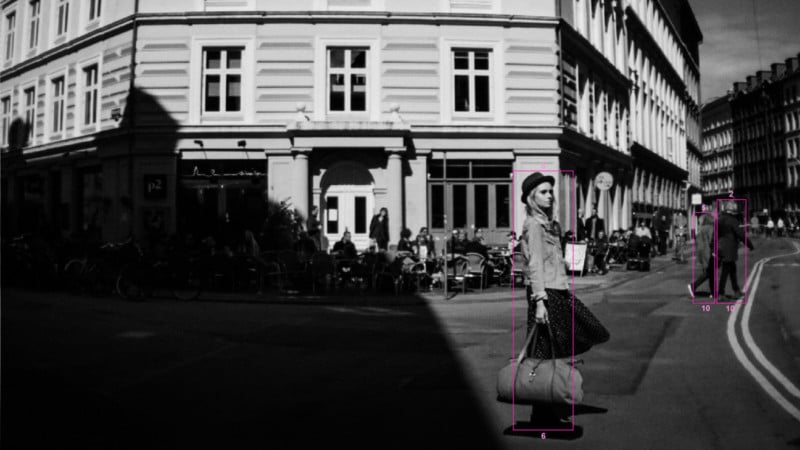 The brainchild of the Swedish ad agency Forsman & Bodenfors, the exhibition was captured using the safety camera on board the Volvo XC60. It’s an intelligent camera that can detect other cars, people, bicyclists, and animals.

The photos show various city scenes with a low-fi black-and-white perspective, except various subjects within the photos have been outlined in bright, numbered boxes inserted by the Volvo’s camera. 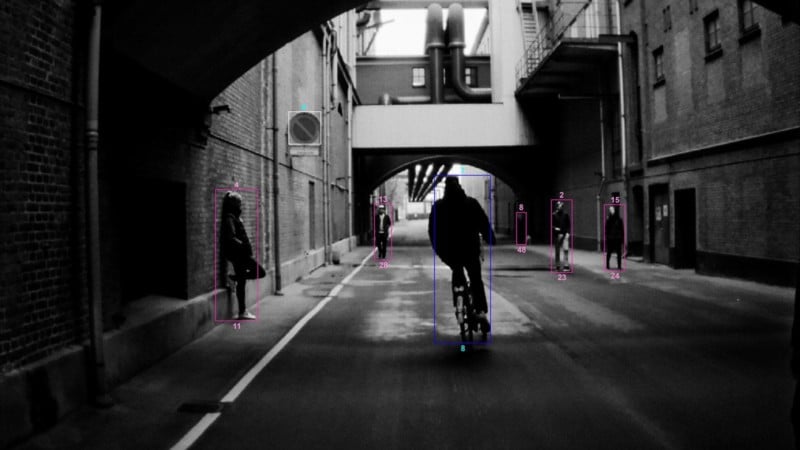 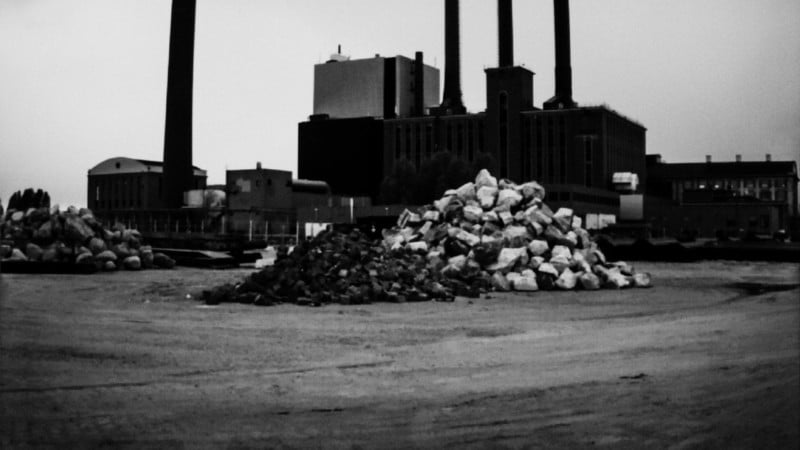 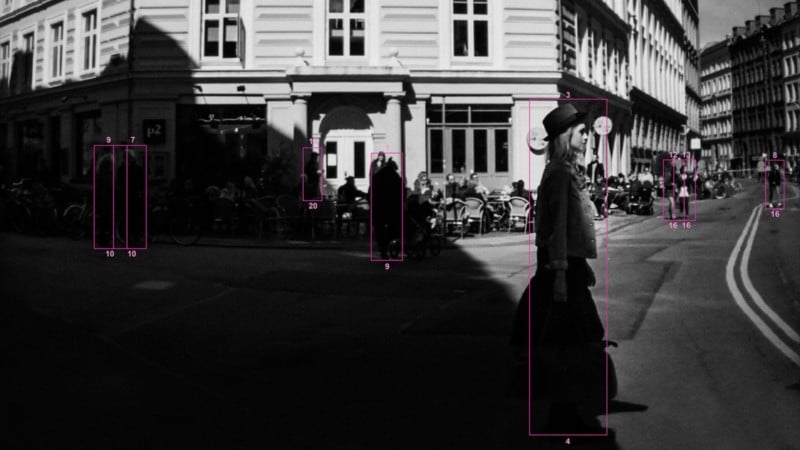 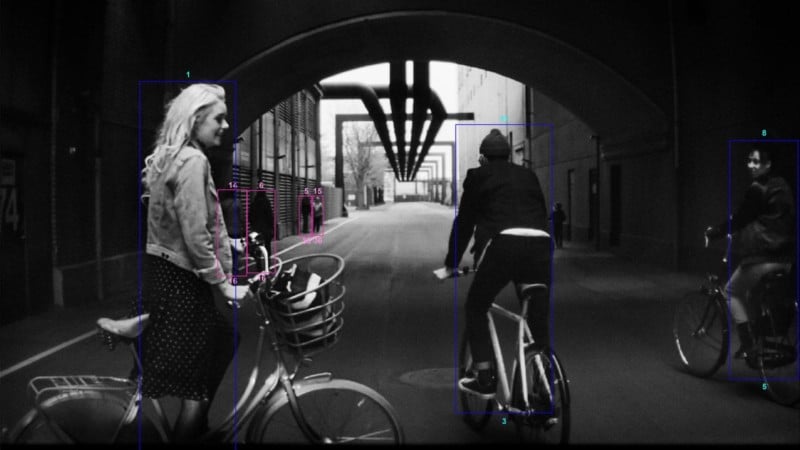 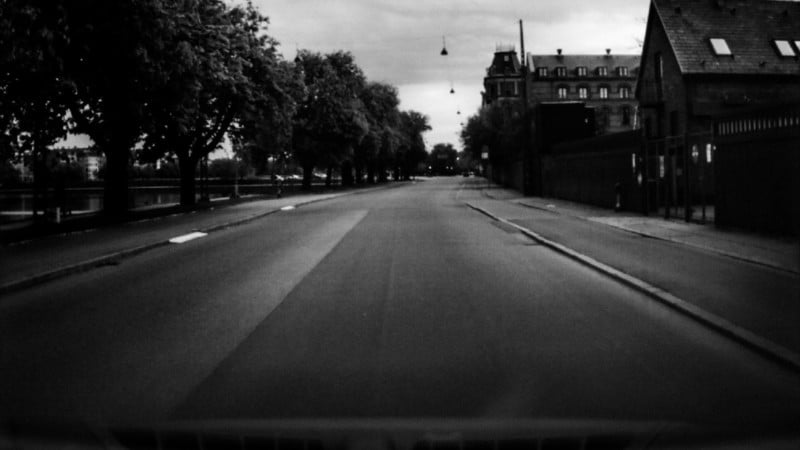 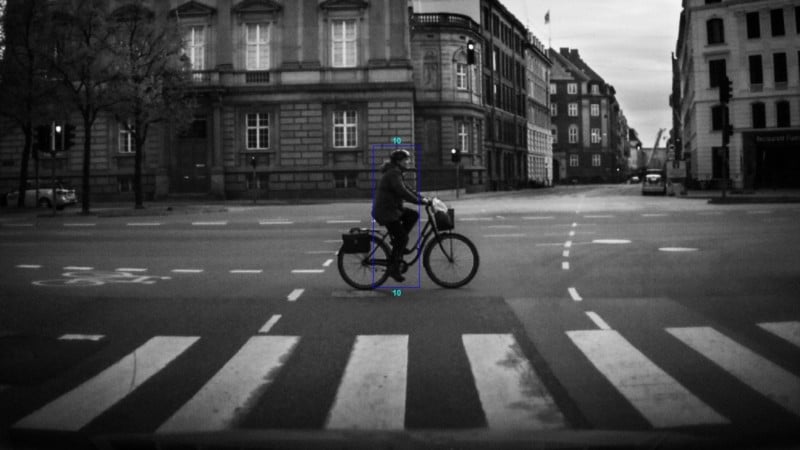 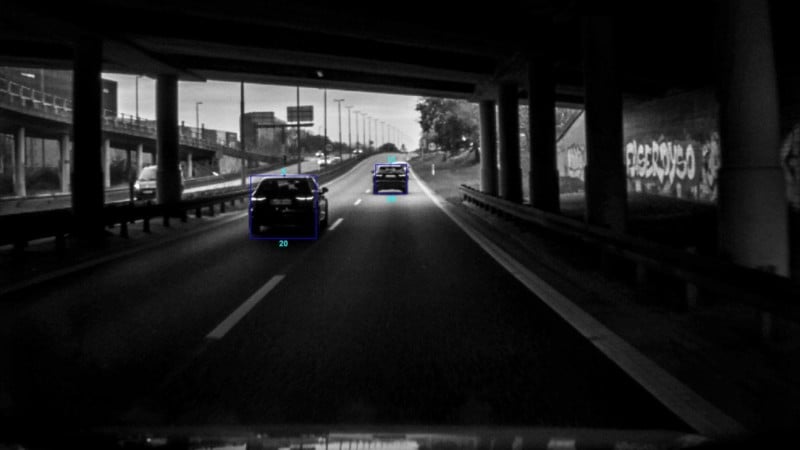 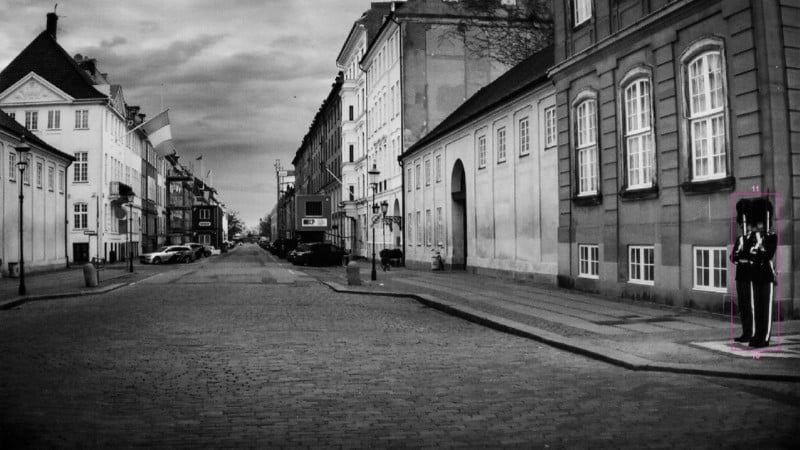 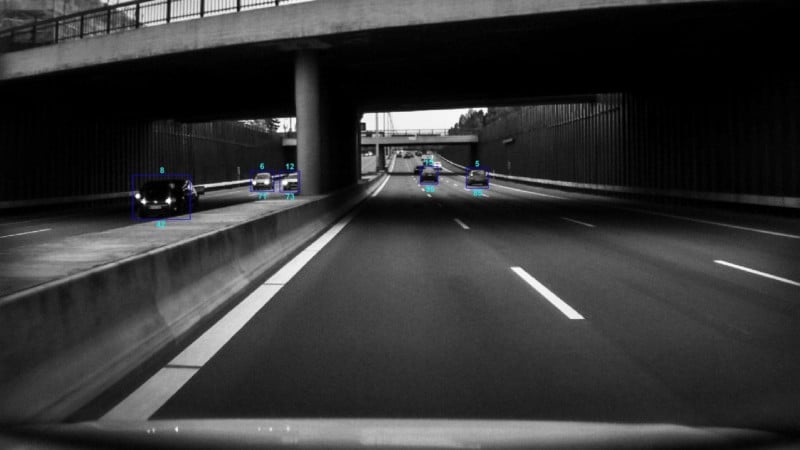 Davidson, who was behind the wheel for the carefully staged photos, has a personal connection to Volvo cars: she was sitting in one as a young girl when she survived a severe car accident.

Her exhibition opened in London on July 4th and will be touring the world through 2017. 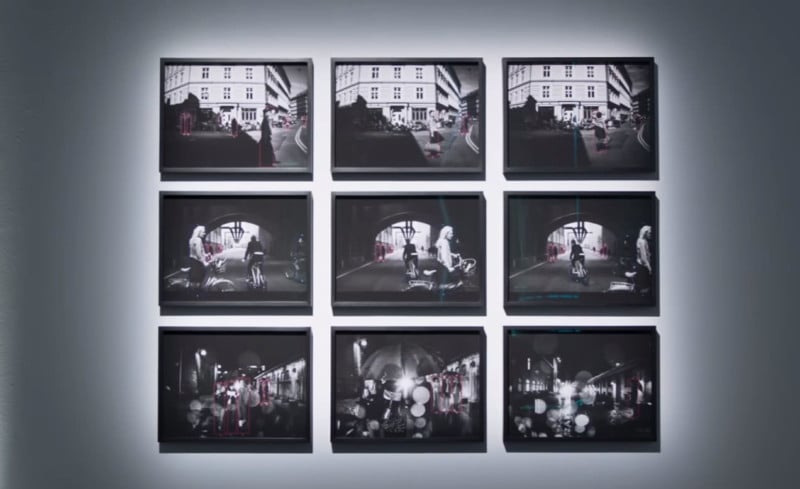 Here’s a 3-minute video in which Davidson talks about this project:

You can find more of her exhibition photos on the projects website.

(via Volvo via AdWeek)

Image credits: Photographs by Barbara Davidson and used with permission