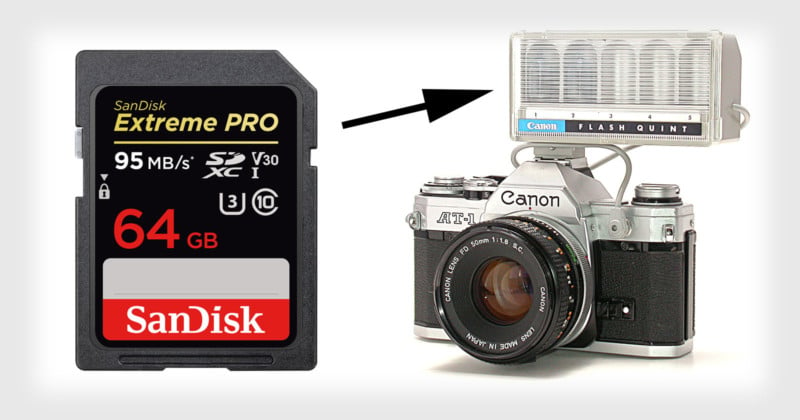 Here’s an interesting piece of trivia: did you know that flash memory is named after the camera flash?

The memory cards used in digital cameras are a type of flash memory, or “electronic (solid-state) non-volatile computer storage medium that can be electrically erased and reprogrammed.”

Flash memory was invented back in the 1980s by a Japanese electrical engineer named Fujio Masuoka who was working for Toshiba. Writing data to flash memory involves changing certain bits from 1 to 0, and erasing data involves resetting all the erased bits back to 1.

After seeing how the erasing process works, a Toshiba colleague named Shōji Ariizumi thought it reminded him of the camera flash in photography and how quickly a scene is illuminated, so he suggested that Masuoka name the new technology “flash memory.” The team agreed on using that name to highlight the (relatively) ultra-fast way flash memory can erase data.

Unfortunately, the story of Masuoka’s role in inventing flash memory actually doesn’t have a perfectly happy ending: Toshiba only paid Masuoka a small bonus of “a few hundred dollars” while tech corporations would go on to earn billions from the technology. Masuoka sued Toshiba in 2004 demanding compensation of roughly $9 million. Toshiba ended up settling the lawsuit by paying Masuoka $758,000.