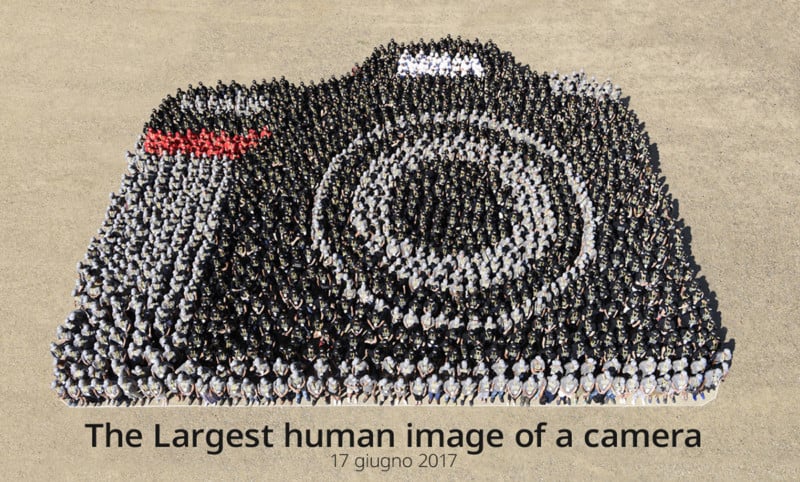 Nikon has just been awarded the Guinness World Record for the world’s largest human camera.

To celebrate its upcoming 100th anniversary on July 25th, 2017, Nikon released a load of collectible lenses, cameras, and other items. But their latest stunt in the celebration was to stand around in the courtyard of a rather beautiful Italian building in a bid to create a camera made of people.

The feat was undertaken by Nital (the official distributor of Nikon in Italy) and Media Italia, where over 1,000 people stood together in different colored T-shirts to create the spectacle. We still don’t know how many megapixels its sensor is, though.

Minimalist B&W Photos of Birds in the Skies Above Greece