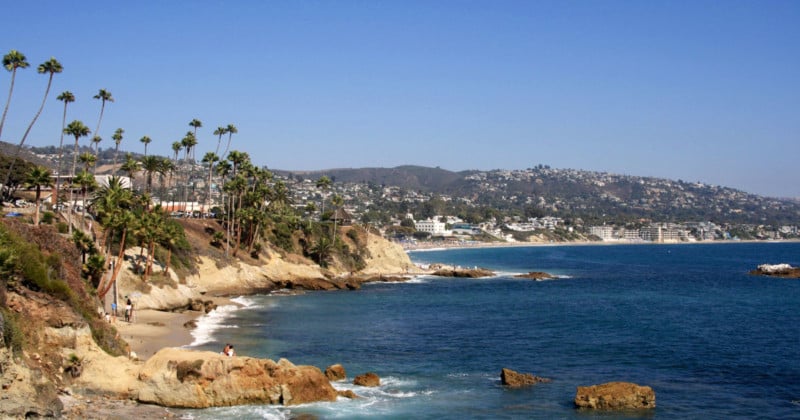 Earlier this month, we reported that the city of Laguna Beach, California, required photographers to pay $100+ for a photo permit even if they were shooting non-commercial photos on public land. After word of the policy spread and complaints began flooding in, Laguna Beach has now changed its policy, making it clear that personal photography is free to do on public property.

OC Weekly reports that Laguna Beach decided to change its photo policy language after people complained about the confusing wording, which was broad enough to require payment for all forms of personal photography.

City manager Christa Johnson tells OC Weekly that even the “non-commercial” photo permit was meant to apply only to photographers receiving money as compensation for their images, and that the permit was designed for smaller, simpler photo shoots like engagement photos. But the wording was a problem.

“Any transaction where money is exchanged between people or businesses fully qualifies as a commercial exchange,” writes OC Weekly. “A photographer earning compensation for a photo shoot of any kind cannot be ‘non-commercial.’ Such language is more than confusing – such technical and legal language opens the door to potentially harmful consequences on the public.”

So Laguna Beach decided to rename its photo permit tiers. The high-end $590+ permit is still called the “Commercial Photo Permit,” but the simpler $100+ one has now been renamed the “Professional Still Photo Permit.”

Here’s the photo policy webpage before and after the change:

Here’s the photo policy document itself before and after the change:

“Johnson acknowledge language on Laguna Beach’s website was amended and updated after a barrage of public input spurred City Hall to alter its public photograph policy within a 48-hour span,” writes OC Weekly. “If only all government could function this efficiently to public complaints!”

eBay to Price Match Amazon and Other Retailers for Deals, Including Cameras