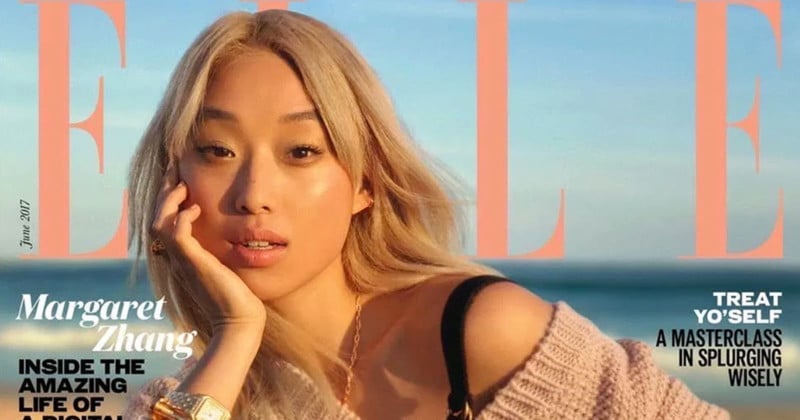 Fashion magazine Elle Australia has joined the ranks of Billboard and Conde Nast’s Traveller by becoming the first magazine in its genre to shoot a cover using a cell phone camera.

Top Aussie fashion photographer Georges Antoni decided to use an iPhone 7 Plus to shoot Margaret Zhang for the cover of the June issue of the monthly magazine.

We've never been ones to play by the rules (and neither has our cover star @margaret__zhang), so this month, we had esteemed photographer @georgesantoni shoot this very cover… on iPhone 7 Plus. Yes, an iPhone 📲 Take a look inside the enviable life of this digital fashion superstar in #juneELLE, on sale today. (Margaret wears @cartier and @chloe, styling by @rachelwayman, hair @alanwhite, make-up @victoriabaron)

Having photographed Bella Hadid for Harper’s Bazaar and Gemma Ward for Wonderland, Antoni is no stranger to cover shoots. While the iPhone is far from his go-to camera he did find some positives, as he revealed in a press release regarding the campaign.

One thing that struck me was how liberating it was to shoot and not worry about lenses, tripods, tethering to the computer, etc. It’s also such an interesting dynamic to see how the public are so conditioned to seeing people shooting on their phones that they don’t really take notice, so the shoot could happen in a much more stealth way.

With plenty of natural light available on Sydney’s Bondi Beach, the iPhone in ‘Portrait mode’ did the job for Antoni. Of course, the photographer behind the camera was a vital piece of the cover’s success, as Elle Australia’s editor-in-chief Justine Cullen says:

As these incredible pocket-cameras now find themselves in the hands of everyone and anyone, it means magazines like ours need photographers with an even more honed eye, more magical storytelling skills and bucketloads more vision to create a story – or cover – worthy of making it onto the printed page, as opposed to the more fleeting existence of, say, that shot of your barista-touched latte you posted on Snapchat. Though obviously no replacement for a professional camera, it speaks to the quality of cell phone cameras these days that a fashion publication would consider using one for their cover shoot, publicity stunt or not.

(via Elle Australia via Fstoppers)

When You Combine a Dancer, a Glow in the Dark Backdrop, and a Strobe…

How to Perform Quick Clothing Color Changes in Photoshop