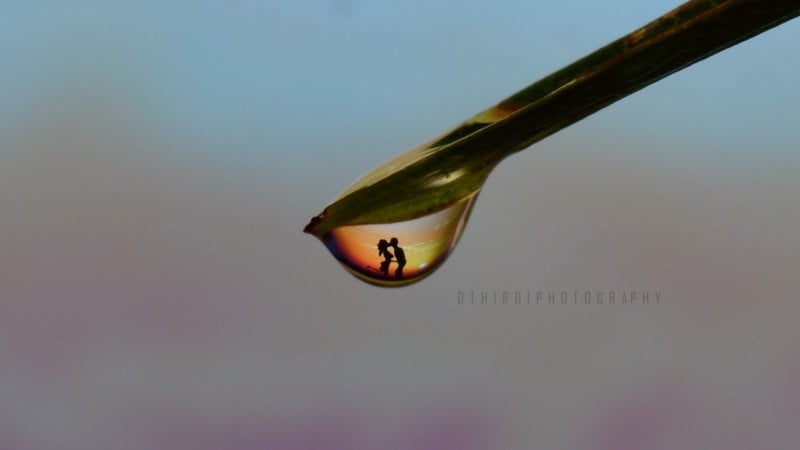 Photographer Mithun M Das captured this creative and romantic photo of a kissing couple’s silhouette in a drop of water hanging off the end of a leaf. What’s not obvious from the photo, however, is how it was shot: Das made it from the comfort of his own home. In fact, he didn’t even leave his computer.

The 24-year-old photographer and engineering student from Kerala, India, has been experimenting with creative water drop macro photos. For this specific project, titled “Love in a Drop,” Das used a Nikon D5200 and 18-55mm kit lens, a laptop for the sunset, a selfie stick, a clip, a leaf, a cutout, and some glycerine. 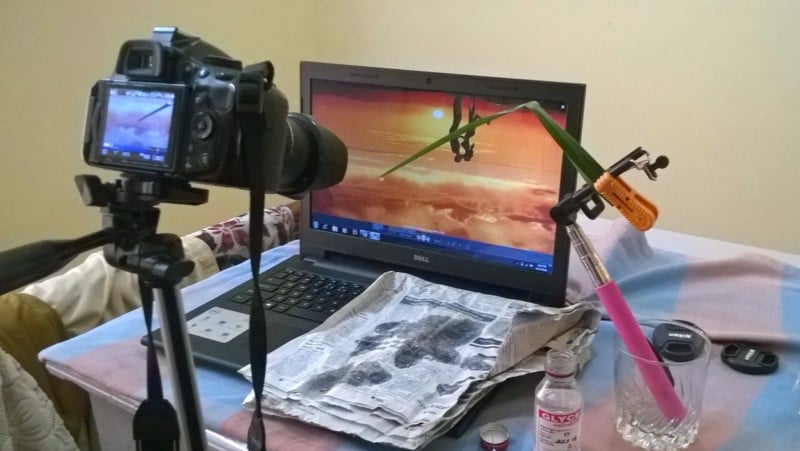 The silhouette was a paper cutout colored black and placed on top of the laptop screen, which was displaying a sunset photo. 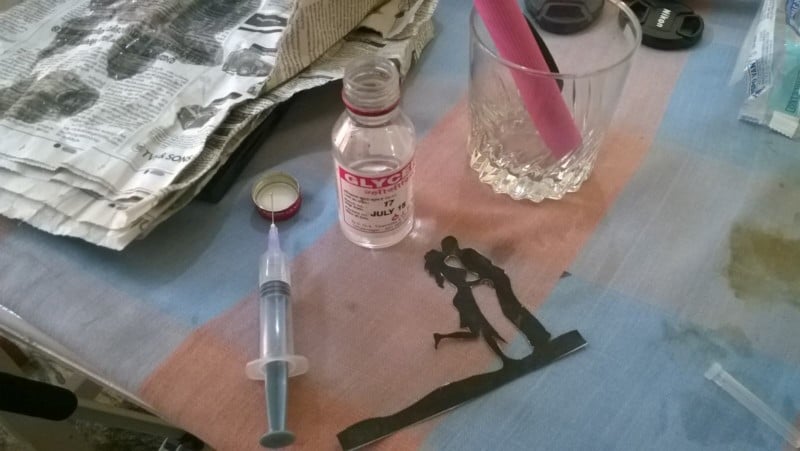 “I used glycerine to make the drop because it’s a bit more thick than water making it east to work with,” Das tells PetaPixel. “It doesn’t flow as quickly as water does.”

The trickiest part of the project was forming the actual drop, as it needs to be big enough to show the scene but not so big that it falls off. The process was time-consuming and involved adding tiny droplets to the leaf using a syringe.

“It took me almost 2 hours, around 50 to 60 clicks, and almost a full bottle of glycerine to finally get it,” Das says. The resulting photo is largely unretouched and is simply the result of creativity and dedication.

You can find more of Das’ work on his Facebook profile and page.

Can’t Afford a New Wacom Stylus Nib? You Can Use Spaghetti in a Pinch