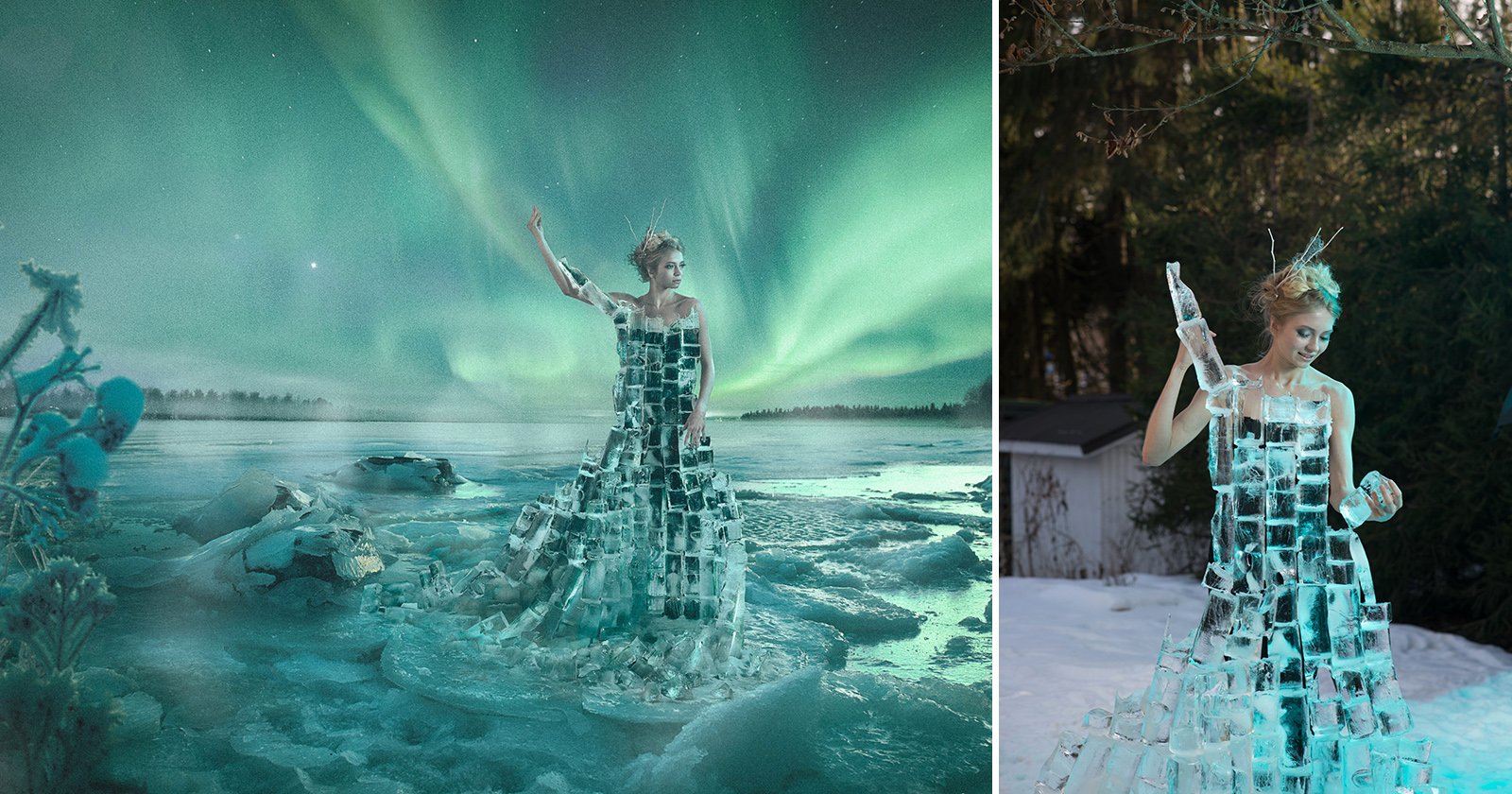 Look at Finland on a map (and squint your eyes a touch) and you’ll see a woman, standing strong, defiant, with one hand held high. This was the symbol Finnish photographer Suvi Sievila wanted to capture for her portrait The Maiden of Finland… but first she had to build a dress made of ice.

Finland celebrates 100 years of independence this year, and Sievila wanted to pay her own personal homage to her homeland. “To capture Finland as a photographer, I embrace my homeland during the season of winter,” she explains, “illustrat[ing] its dramatic landscape through the beauty of ice.”

Specifically, an ice dress, made by hand from “bricks” frozen inside 170 milk cartons that it took her 5 months to collect. Just add water… actually, it was more like: just boil 170 liters of water over 4 days, so the bricks come out clear: 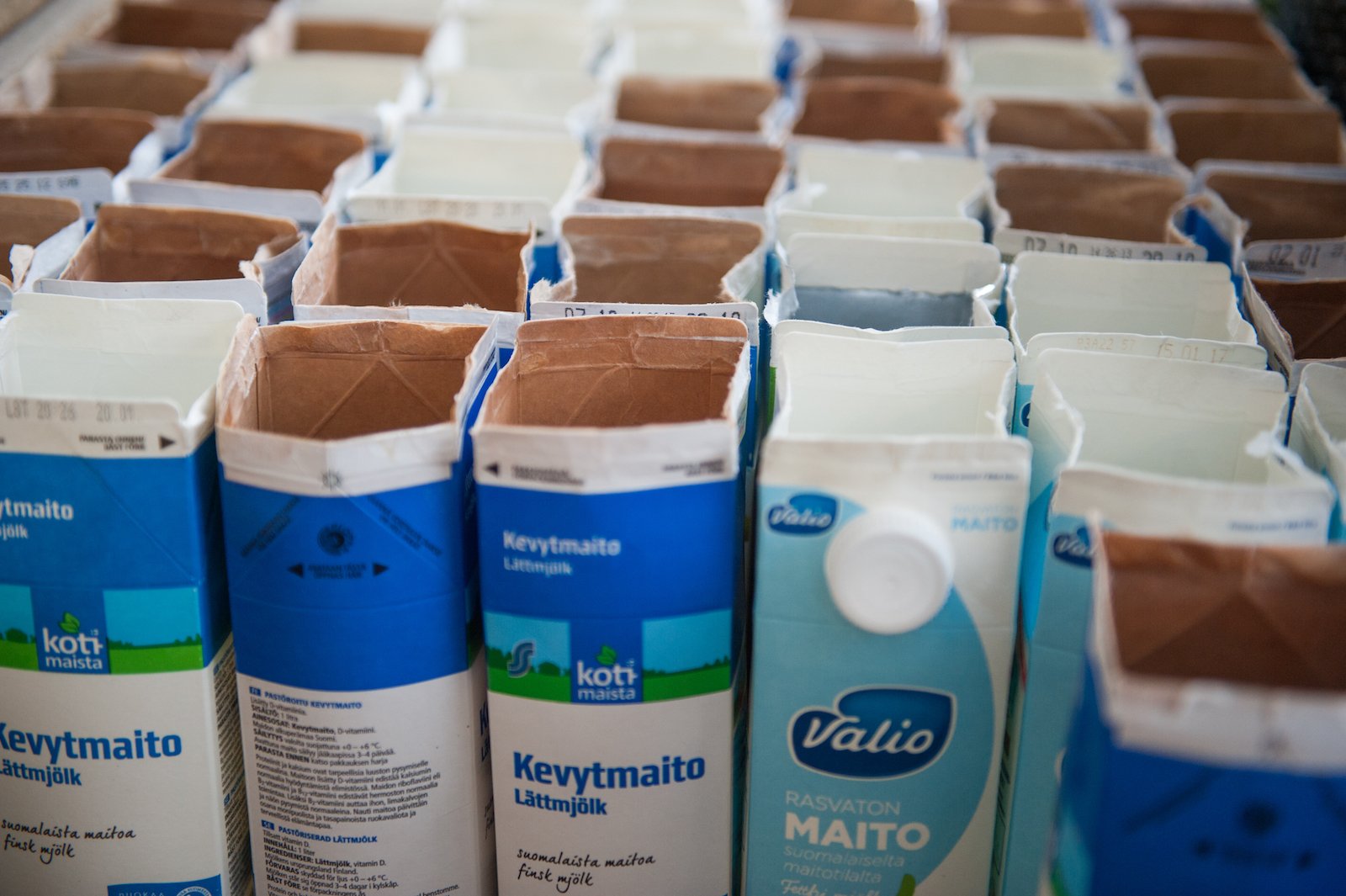 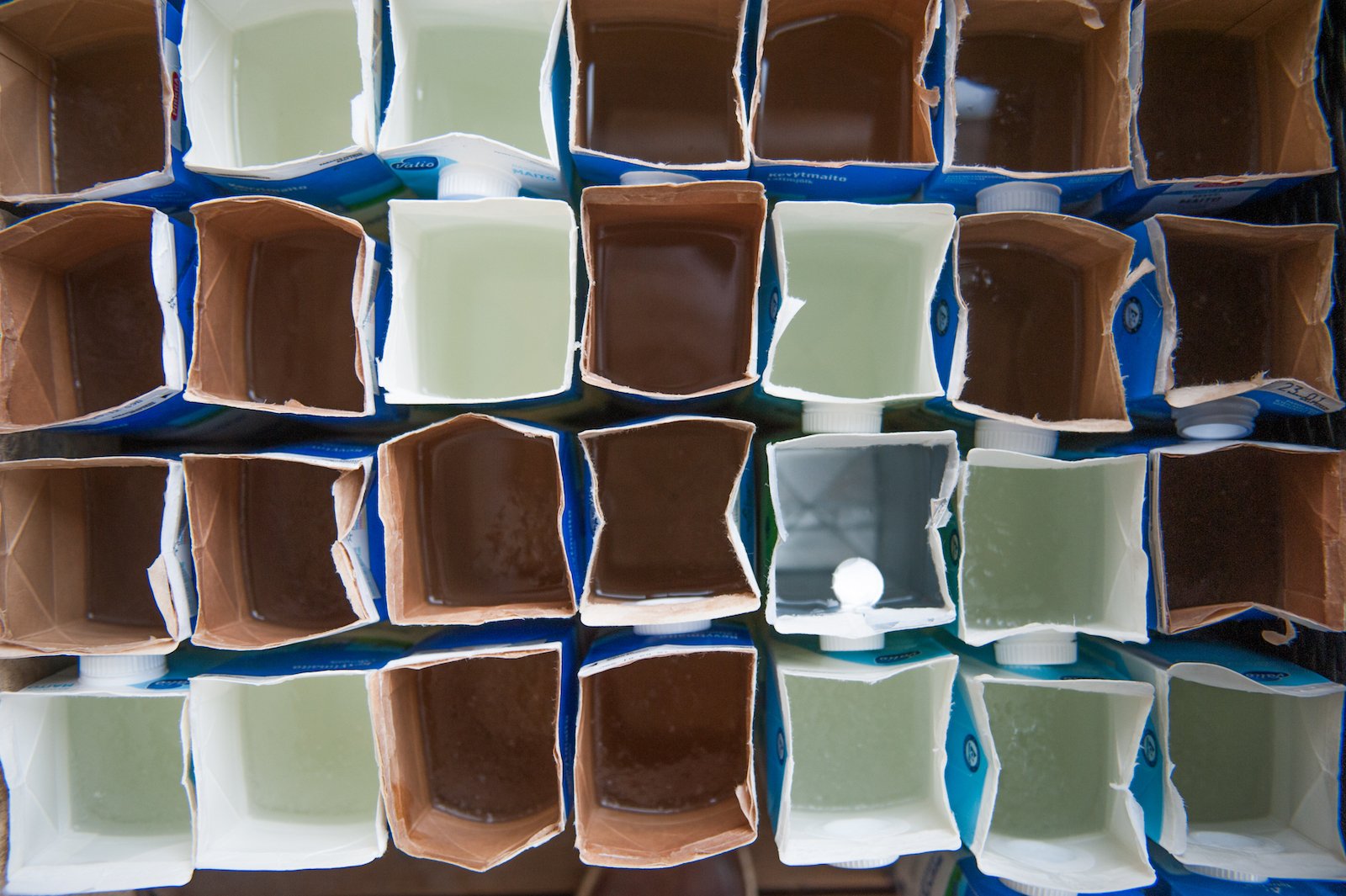 Of course, that was the easy part; conceptualizing the shoot and freezing the water bricks was just the beginning.

“After that, I started to build,” says Sievila. “Building a dress out of ice was made layer by layer, and I made a mixture out of water and snow to seal the ice. I had to wait until each layer would freeze so that the ice pieces would stay together.”

Slowly, but surely (but really slowly) the dress came together, and it was time to shoot. 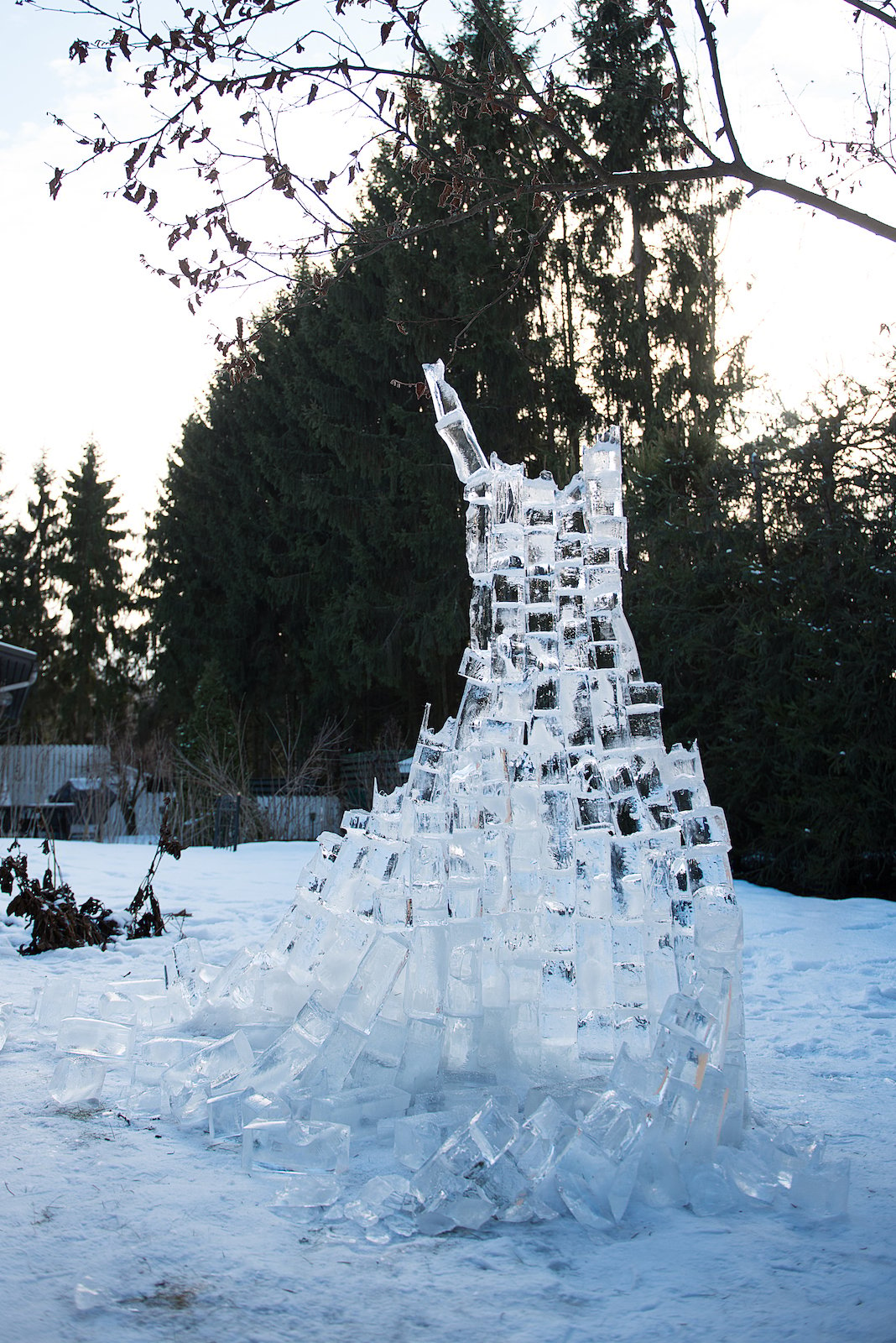 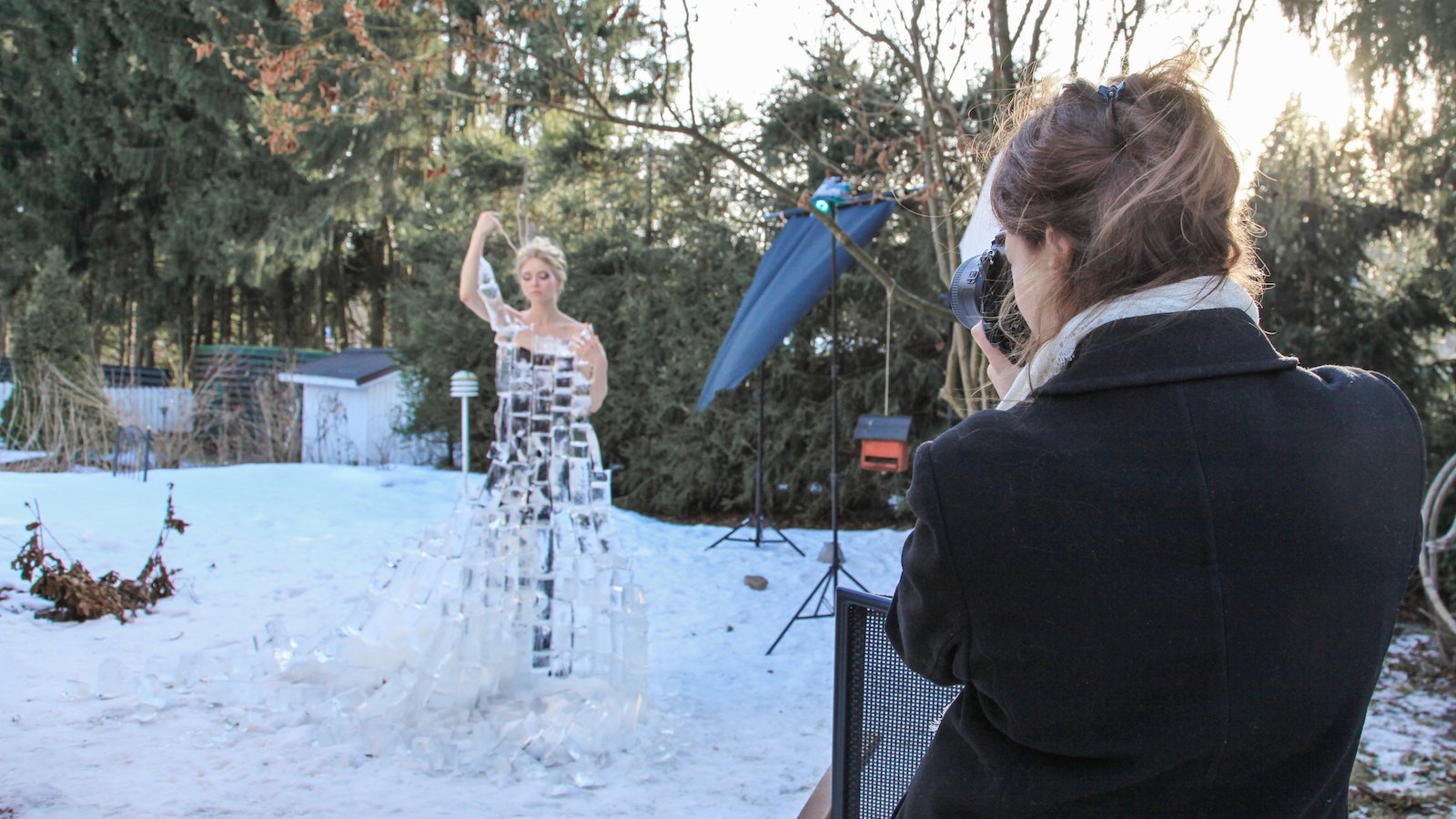 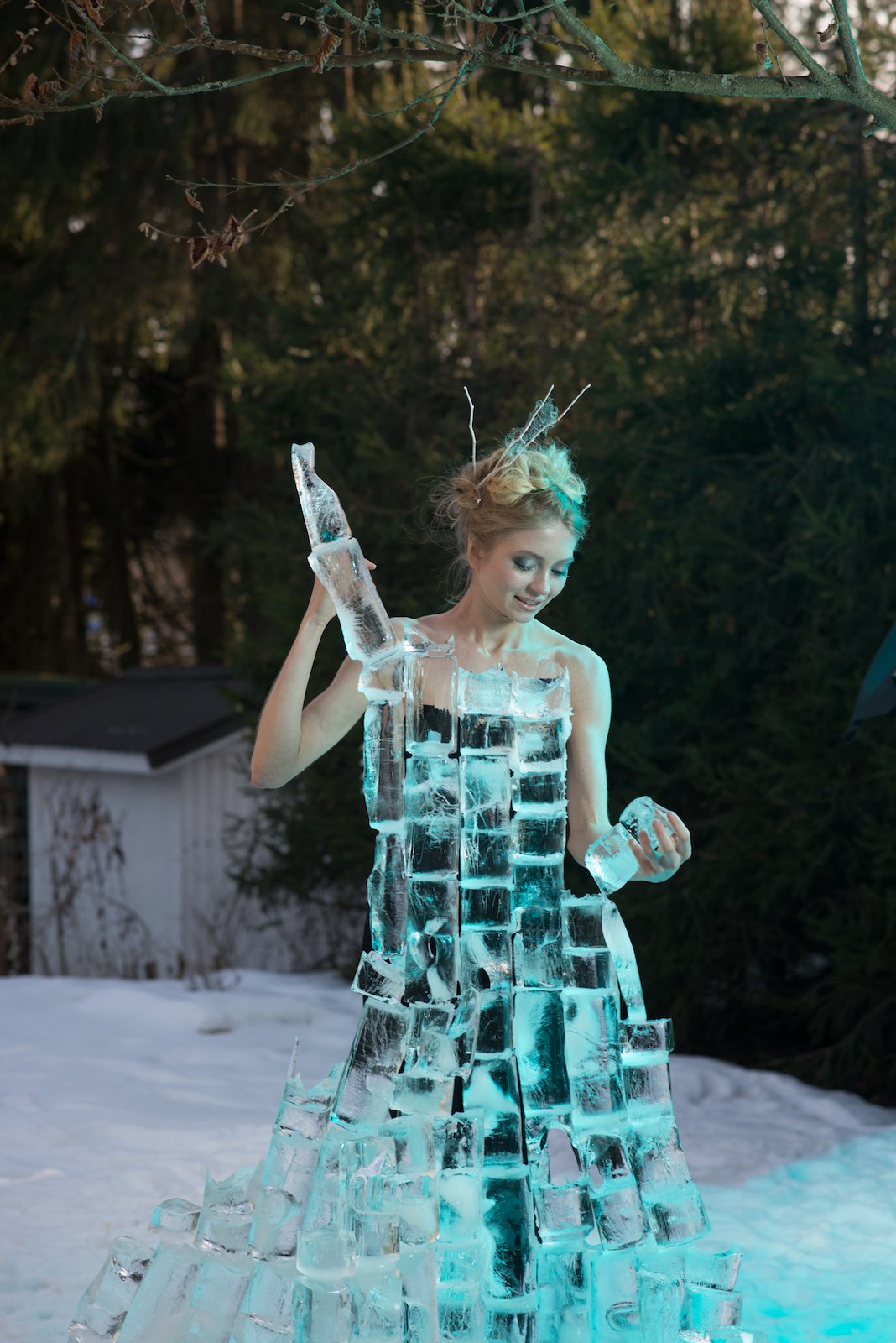 The day of the shoot, time was of the essence. After a week of freezing days during which Sievila had built the dress, the temperature spiked above freezing and the dress was melting fast.

“When the makeup artist, Satu, and the model, Belinda, were finishing the makeup, a few upper ice cubes fell down because of the melting,” says Sievila. “I ran inside and told them that there was no time to waste!”

And they did it! Shooting in pieces so Belinda didn’t become an ice cube herself, they got the shots they needed. A couple of hours later… the dress collapsed. Here’s a full behind the scenes video of the shoot.

And here is the final image, captured and composited by Sievila: 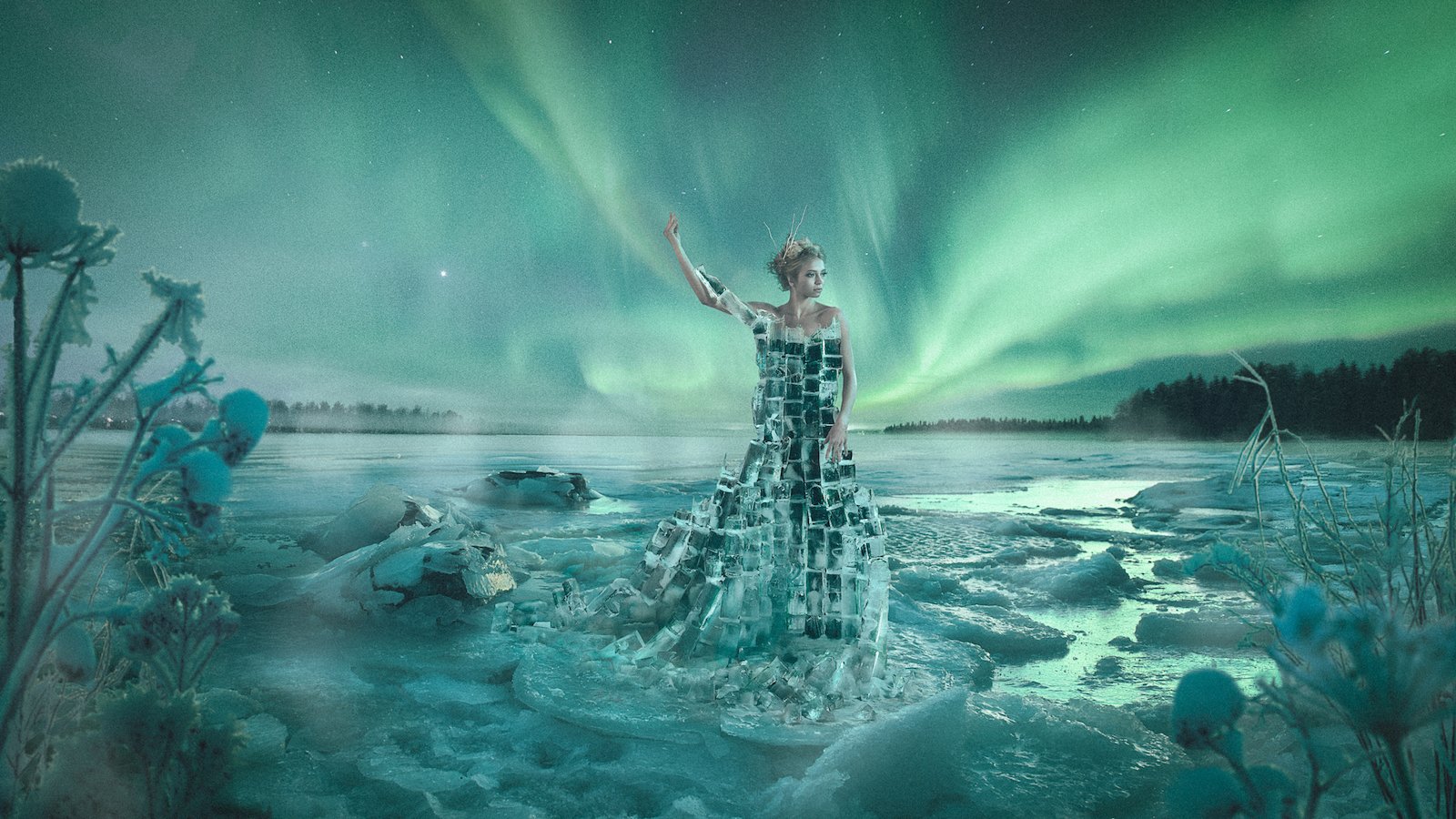 Can you see the outline of Finland there? Here’s a closeup that should help: 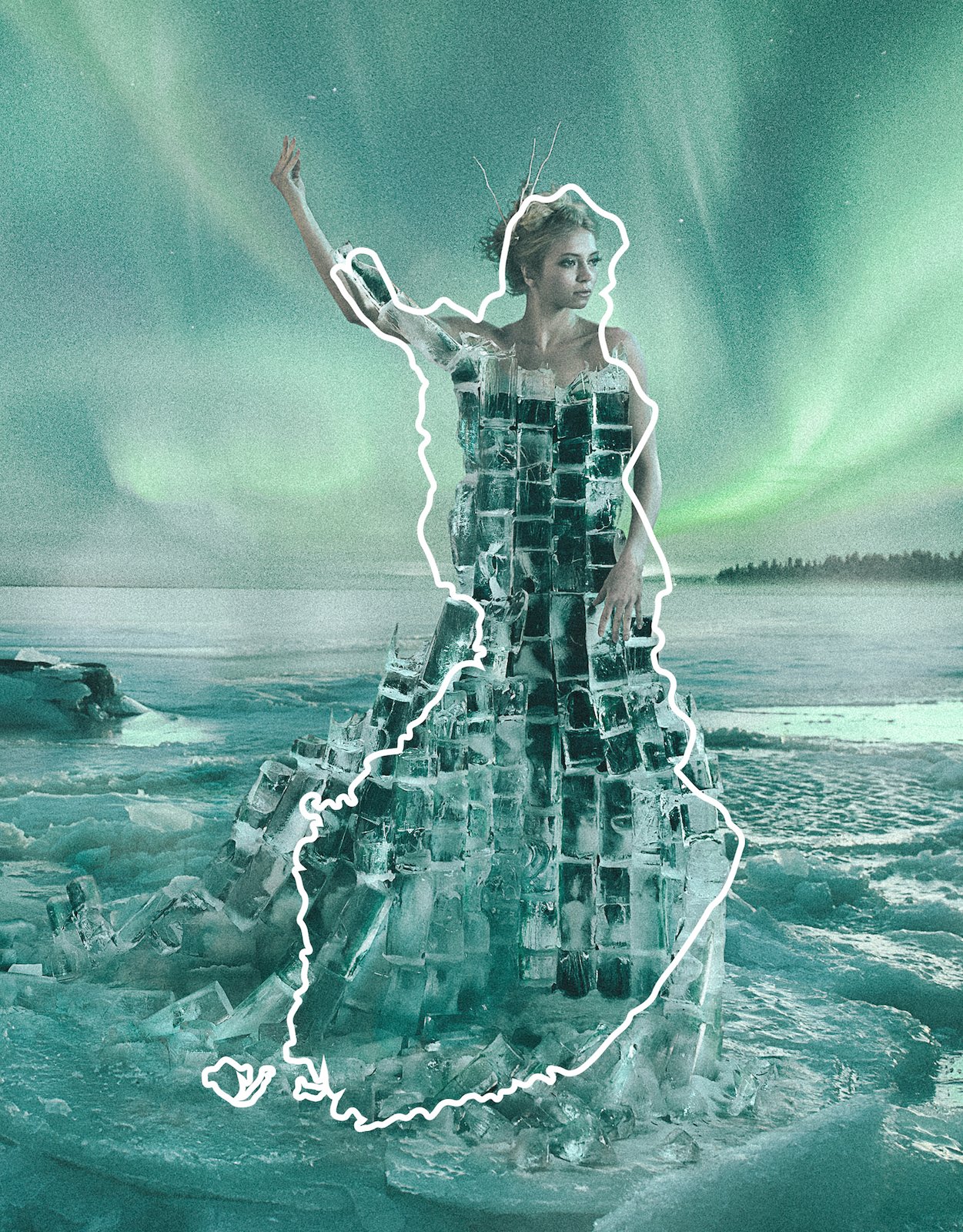 Image credits: All photographs by Suvi Sievila and used with permission.

Ep. 162: Is Sony Really Keeping the Good Stuff for Itself? – and more