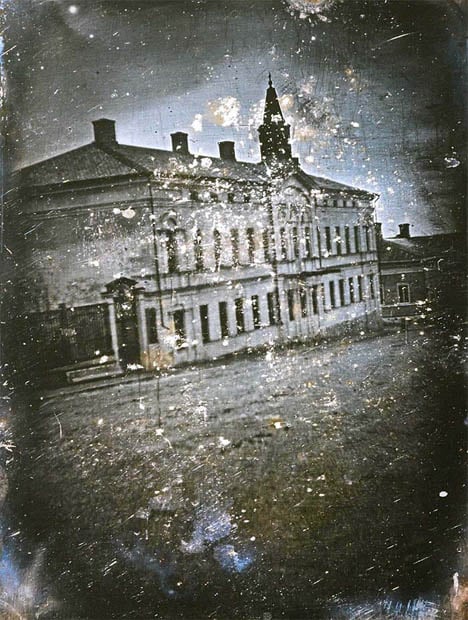 Just in case this question ever comes up while you’re playing the world’s hardest game of photography trivia, what you see above is the first photograph ever snapped in Finland. Mats Söderlund of The Crop Factor writes,

This may look like something captured with Instagram on the newest smartphone, but it’s something a bit different indeed. It is the first photograph taken in Finland, ever. The photo dates back to the year 1842, and celebrated its 170th birthday last Saturday, November 3rd. The photograph is a daguerreotype […] It was taken in Turku, which ironically also is Finland’s oldest city […] The photographer was Henrik Cajander, a doctor by trade who lived on the very street the photo was taken […]

As you can see the photo isn’t exactly perfect, technically or aesthetically speaking, but it is a big part of the history in Finnish photography. Some might call the crooked composition an amateur mistake, but the photographer was, in the realest sense, an amateur at what he was doing.

Wouldn’t it be interesting if there were a gallery of the first photographs shot in each country on Earth?

Digiscoping: A Look at Using a Spotting Scope as a Telephoto Lens