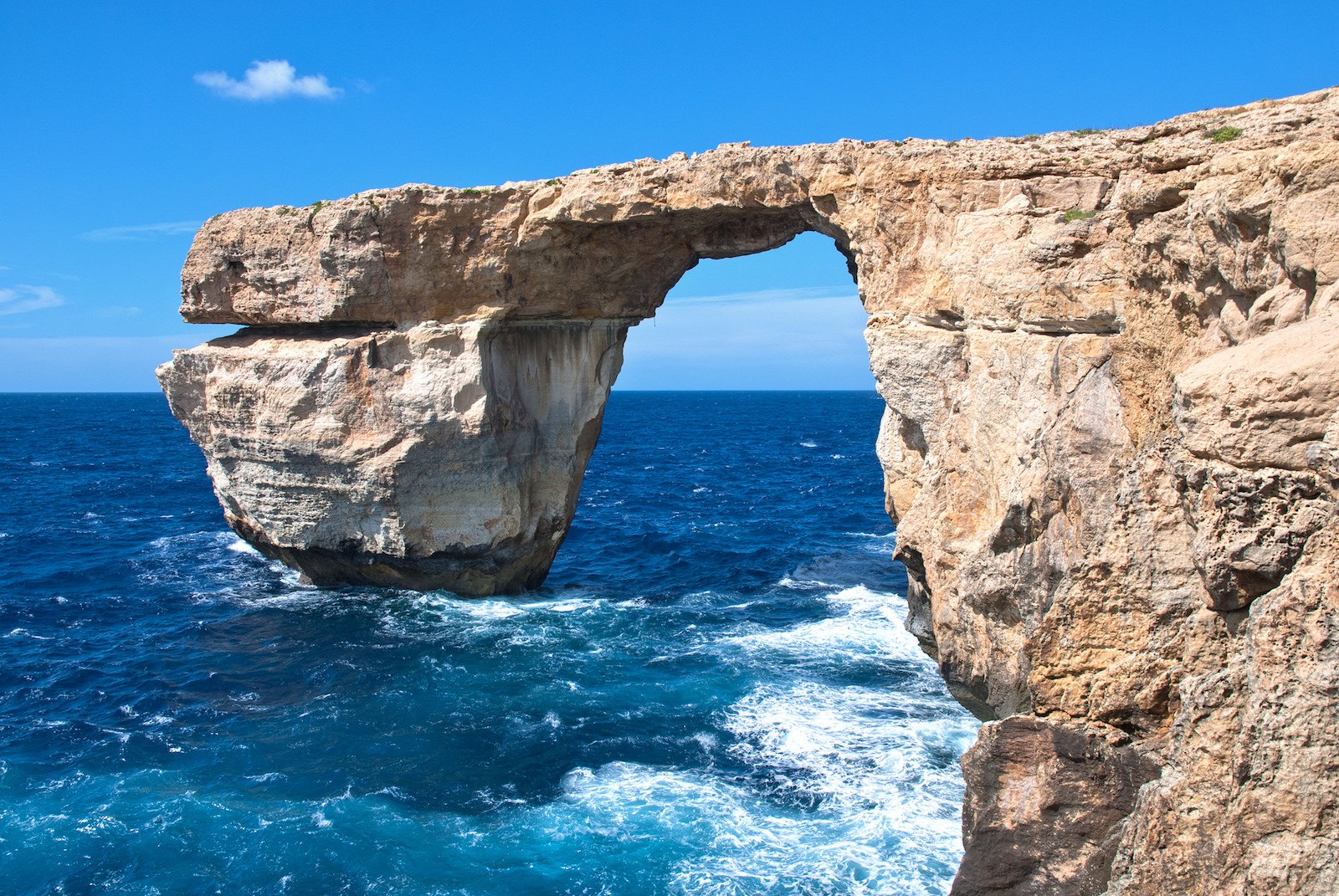 One of the best known photography locations in the world has disappeared. Malta’s famed Azure Window limestone arch on the island of Gozo collapsed into the sea yesterday, leaving a conspicuously, tragically empty space in its wake.

The arch, which has been under threat of collapse for years due to natural erosion and disrespectful tourists alike, gave way under the strain of the gale force winds that were buffeting the island yesterday. Suddenly, a local man told the Times of Malta, the arch collapsed into the sea.

It’s not just the thin arch between the mainland and the massive stone column in the sea that went either—the whole arch, column and all, is just… gone.

Photographers who have visited the site over the years have been posting their images to social media as a tribute to the lost landmark, and those of us who have never been are mourning the lost opportunity. Here are just a few of the messages posted to Twitter in tribute to the beautiful photographic location:

Bye Bye Tieqa. The best shot I ever took of the iconic landscape. Always wanted to give it another shot :( #Dwejra #AzureWindow #Malta pic.twitter.com/UvOFGpPm5m

Gutted that the "Azure Window" on Gozo in Malta has collapsed in a storm. So glad to have seen it in September '16 #malta #AzureWindow pic.twitter.com/t0ExmtL74f

So sad to hear that the Azure Window has collapsed. Here is a picture I took this summer. ? #malta #AzureWindow https://t.co/UNSmzUPNsv pic.twitter.com/ldFW2wfSVA

Despite the temptation to blame the tourists seen walking along the formation in some of the photos above, Malta’s Environment Minister Jose Herrera says the collapse could not have been prevented. Humans might have hastened the inevitable, but the arch’s collapse was inevitable all the same.

Reports commissioned over the years indicated that this landmark would be hard hit by unavoidable natural corrosion. That sad day arrived.

Take a moment to admire some photos of this natural wonder today; and if you have one of your own, share it with us in the comments.