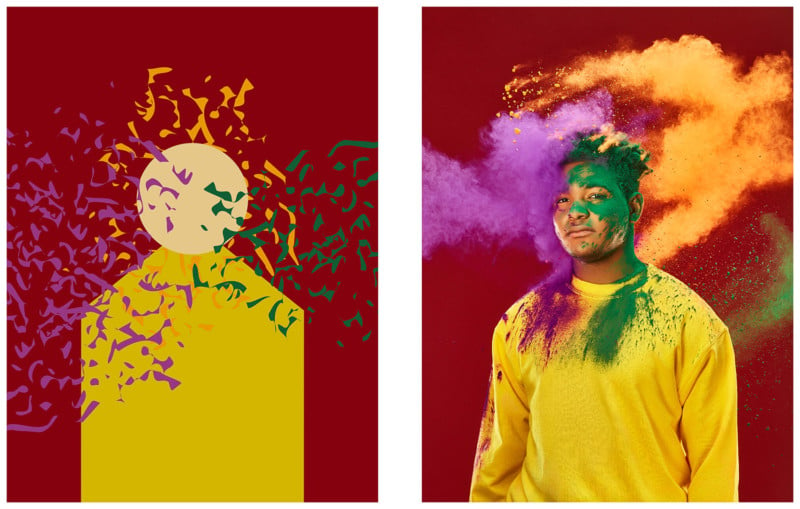 Thursday, September 29, 2016. It’s 10:00 am and I have a meeting at Boulogne in the office of the White Dog agency. Everything starts with a good coffee and an announcement: “We are going to realize the new McPlace internal communication campaign for McDonald’s.”


While the day before I was still eating a Royal Cheese innocently, I am informed that we are going to make together a small step in the McDonald’s history.

The objective of this campaign was to reward McDonald’s employees by offering them an unique photography experience. The agency wishes that the dynamism of the company and its multicultural richness are reflected in these portraits. Then we imagine an original concept based on colored powder, like the powders used in Indian festivals.

I realized a colorimetric study in order to put together with harmony the yellow, the green, and the purple imposed by the brand and I took care of its technical realization. In collaboration with the artistic director of the agency, Jean-Christophe Letraublon, we made the choice of Holi powders and BD background papers. In the meantime, France Hofnung, stylist of the project, began her research to dress the models. 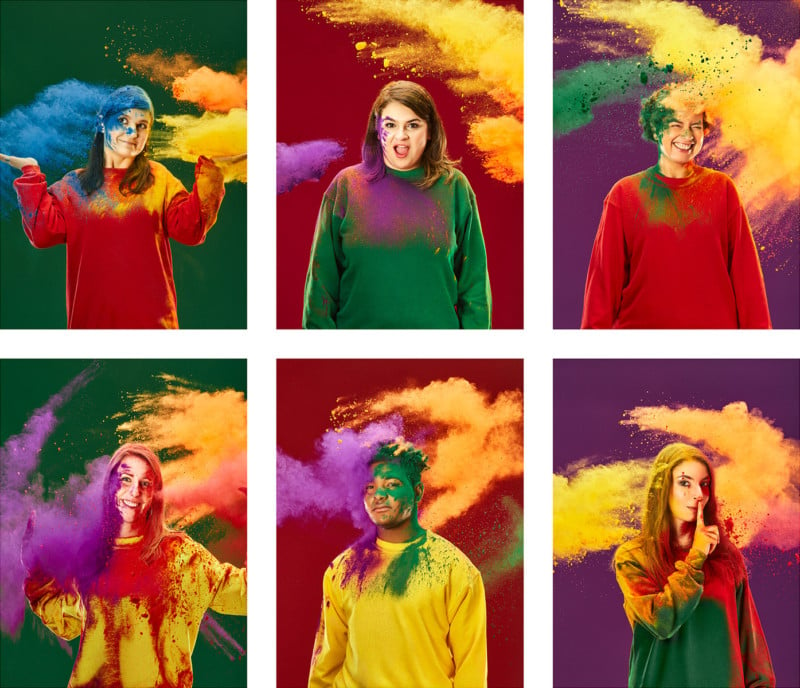 Then comes the moment to think about the lighting and I am already ringing at Profoto France, which I have the honor to be partners with. I am lucky that this project coincides with the release of the new D2, which will be presented at the Salon de la Photo a few days later. And the D2 is announced with a flash duration of up to 1/63,000 of a second. Crazy! This means to me a movement frozen but in an unprecedented way. After the presentation of the study, Profoto provides me with 6 flashes. 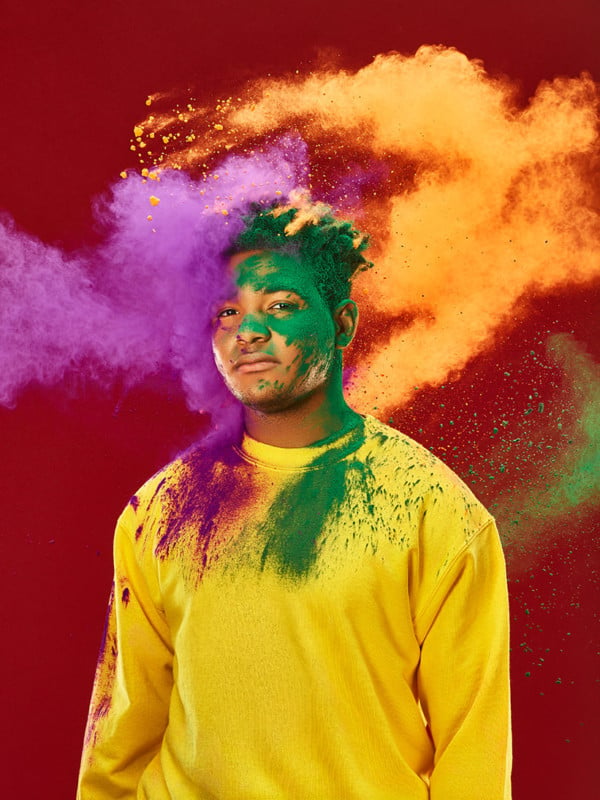 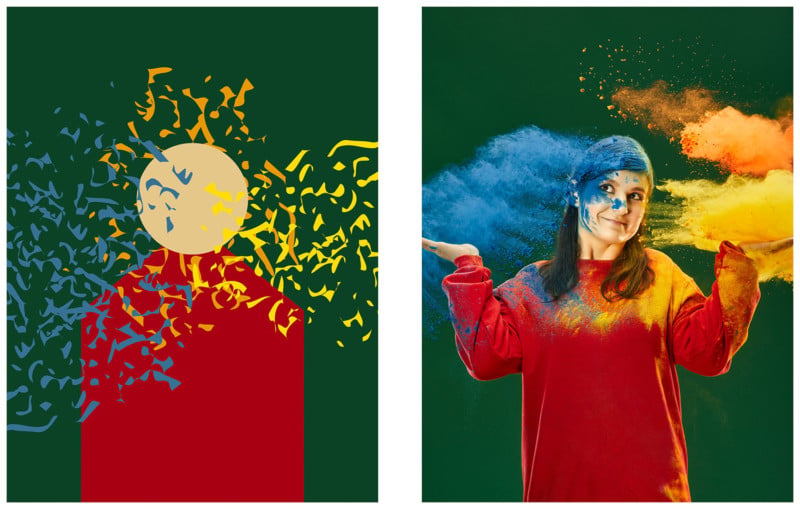 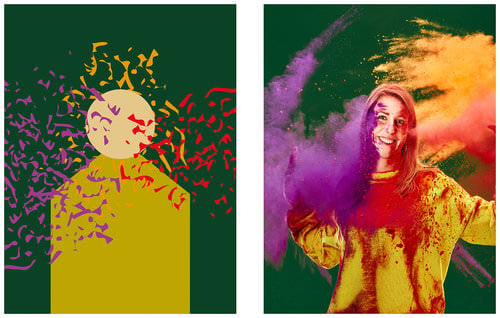 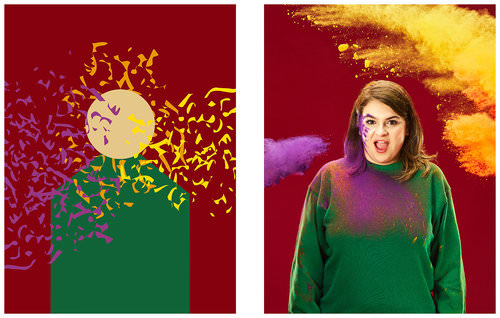 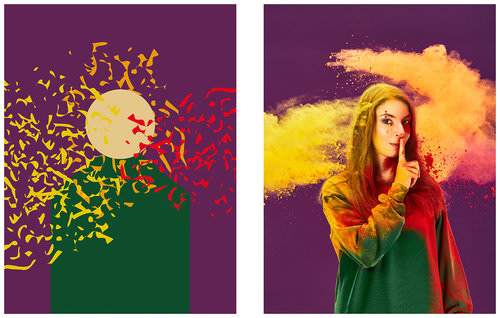 As I became a Fujifilm X-Photographer ambassador a few weeks ago, Fujifilm sent me the new X-T2, signed in my name. Awesome! So it remains for me to choose the focal length for this project. The XF 90mm F/2 R LM WR holds my attention for its lens compression and its exceptional sharpness. By the time Capture One Pro updates itself to accept the new files from the X-T2, we are finally (almost) ready. 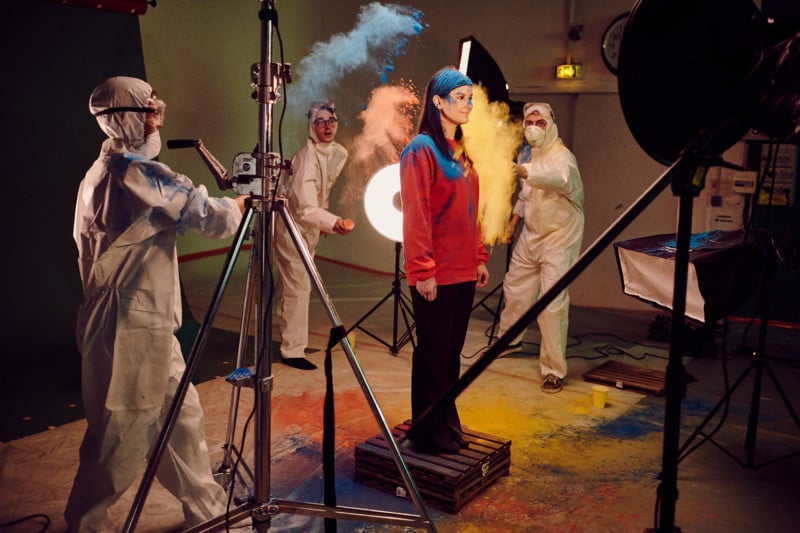 Powder means needing to protect the equipment. I had to build boxes to maximally protect the camera and computer. For this project we are shooting in tethering mode in order to have the perfect control on the colors and also display the visuals of the color study for reference on the side.

On the Day the Idea Takes Shape 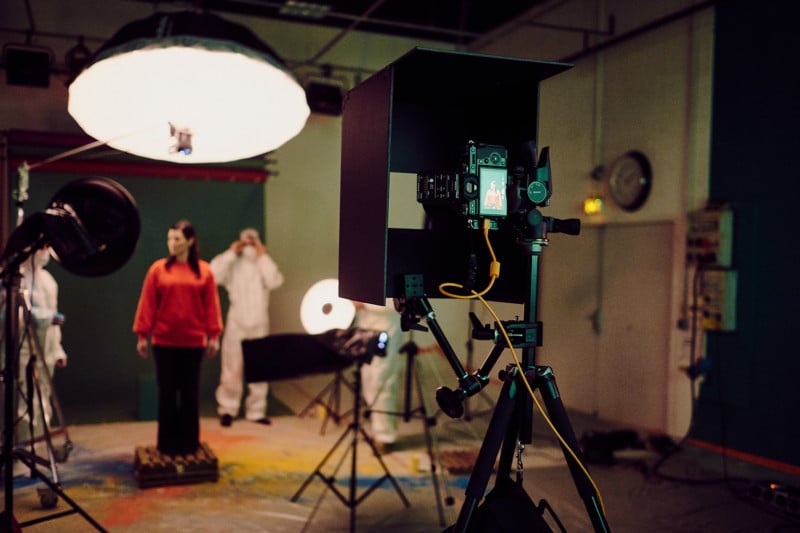 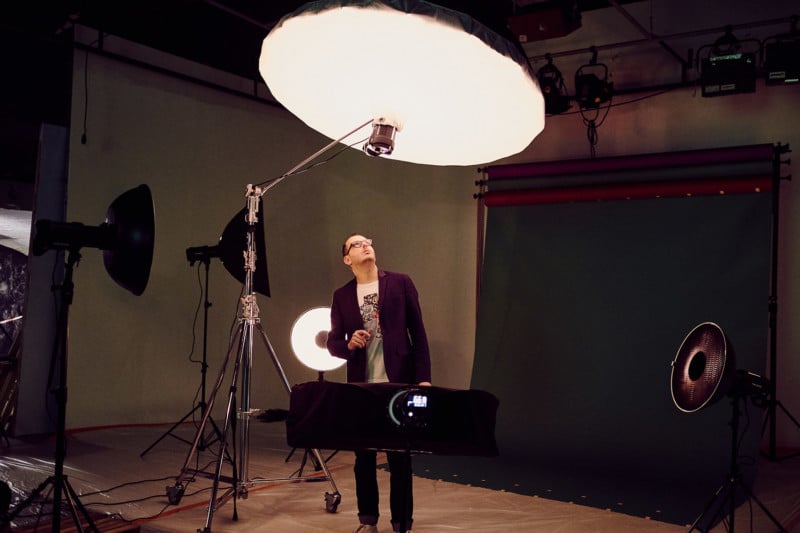 Accompanied by the entire White Dog team (stage officer, stylist, make-up artist…) and my super assistant The Dandy Smiths, who also creates my behind-the-scenes photos. After 4 intense hours, our 6 visuals are finalized. The day concludes with a well-deserved family photo. 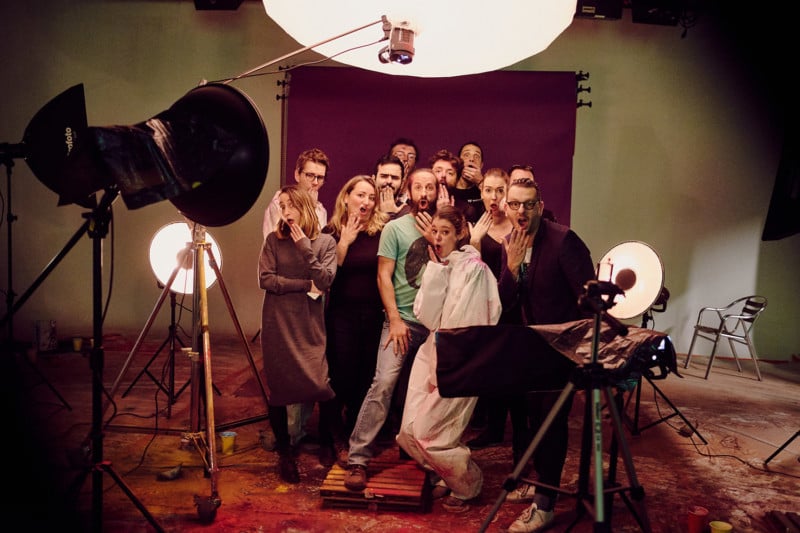 Post-production: It’s All in the Details

A few days later, I start the post-production of the images in my studio. The main challenge is to bring the colors captured closer to those of the study. And it is thanks to Capture One Pro and the new Eizo CG-248-4K screen that equipped the studio definitely a few days earlier, that this challenge is raised. The final touch is done in Photoshop.

I believe that in photography there is no better feeling than creating an image born in your mind. The result? A series of images with an incredible sharpness and depth, thanks to the sensor of the Fujifilm X-T2 and the XF 90mm F/2 R LM WR lens, a pin sharp frozen movement that delivers a magical illusion, thanks to the Profoto D2 and a surgical rendering of colors to serve the harmony developed in the color study, thanks to Capture One Pro.

Also how can I sufficiently thank those who made this project a reality? First, the magical White Dog agency for his confidence. The team was able to create and implement the best conditions for this shooting. Fujifilm and Profoto, my incredible partners, who by their trust bring me invaluable support. Tight deadlines had to be respected and all the promises were kept up. Finally Capture One and Eizo, of which the latter has made the necessary so that the new screen of the studio is ready in time for this project.

A huge thank you and long live the art of the image.

About the author: Julien Apruzzese is a photographer and retoucher based in Paris, France. He serves as a Fujifilm ambassador and Profoto partner. You can find his work on his portfolio, Facebook, Instagram, and Twitter. This article was also published here.