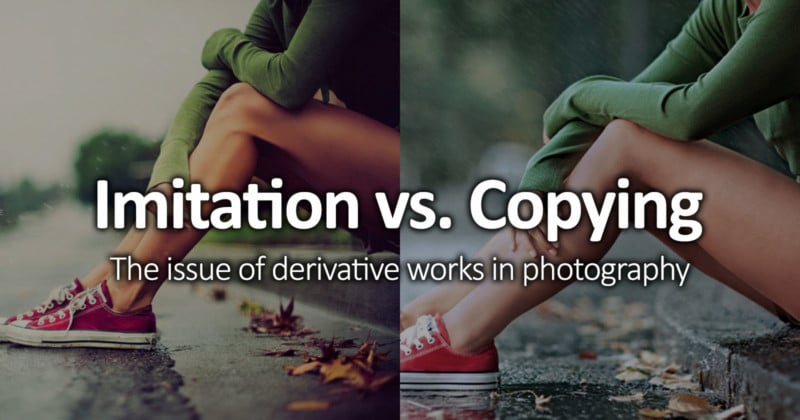 On Saturday, PetaPixel ran the story of a photographer whose photo had been imitated to a surprisingly thorough degree by a German ad agency. While a poll on that article suggested that a clear majority (~74%) of respondents saw it as unethical plagiarism, I thought I’d dig into the legal aspects a bit.


(For clarity’s sake, I’ll refer to Edward McGowan’s original photo as “Photo 1” and the German imitation as “Photo 2.” Please be aware that the information here applies only to U.S. law.)

They didn't steal my photos but they tried to match every detail! Top on is the original, bottom one was created by the German agency Strategas for Solidago Steiner #stealingphotos #plainjoe #plainjoestudios #strategas #copy

First off, we have to be clear about definitions: Photo 2 is not, in legal terms, a “copy” of Photo 1. When you’re talking about copyright law, the word “copy” means an actual reproduction. If I right-click on a photo online and save it to my hard drive, I’ve made a copy of that photo, stored on my machine.

If, as in this case, I see a photo online and attempt to recreate it with my own camera and model and setting and props and so on, I may have been influenced or inspired by the original, I may have imitated it, but I have not copied it.

There could be a question of whether Photo 2 is a “derivative work,” however. A derivative work is defined in the Copyright Act as “a work based upon one or more preexisting works, such as a translation, musical arrangement, dramatization, fictionalization, motion picture version, sound recording, art reproduction, abridgment, condensation, or any other form in which a work may be recast, transformed, or adapted [emphases mine].” In other words, it’s an “as based on” work.

Marcel Duchamp’s L.H.O.O.Q., for example, was a derivative work based on the Mona Lisa. 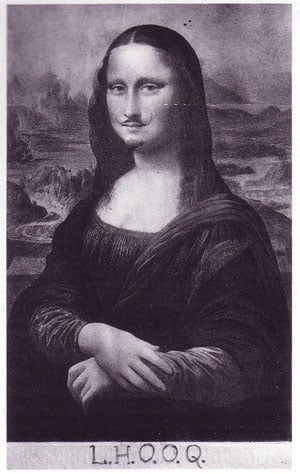 A mashup of multiple songs, or a track that samples earlier songs’ hooks, is a derivative work because it starts with the actual originals, then alters or edits them into something new. (Or new-ish.)

That’s clearly not the case with Photo 2. The photos are obviously similar, but it’s also obvious that Photo 2 is not simply an edited version of Photo 1; the angle, framing, depth of focus, model’s posture, leaves, and so on are very slightly different. Which raises the question: Is Photo 2 a “derivative work”?

There’s an important principle of copyright law at work here, which is that an idea cannot be copyrighted. Only a specific “tangible expression” of that idea can be protected under copyright. This is why the makers of Avatar didn’t get sued by the makers of Dances With Wolves or Pocahontas. Same idea, different expression.

There is another requirement, though. In order to receive copyright protection, a derivative work must have an element of “originality.” If a derivative work is a simple reconstruction with no creative addition, it can’t be copyrighted. Of course this prompts the question of what constitutes originality, and on this issue the courts are likely to take a much broader view than PetaPixel readers seem to.

While a photographer may look at Photo 2 and see only an imitation of Photo 1 with no originality to it, the differences between them are actually fairly significant, at least enough that no viewer would look at them side-by-side and think they’re the same photo.

Such a viewer would certainly notice that there’s a similarity between them, but would never think that they are the same photo. And of course the longer you look at them, the more differences appear: the level of the camera, the distance from the model, the color shading, the background, the shoelace, and so on.

Photo 2 is clearly an imitation of Photo 1, but for legal purposes it’s unlikely to be considered a true copy, or even a derivative work. It may be unethical (I’m not sure I buy that, but I’m a lawyer, not an ethicist), but it’s almost certainly not a violation of copyright.

You can find the archives of Adam Remsen’s column here.

About the author: Adam Remsen is an attorney in Memphis, Tennessee. You can learn about his practice, request his services, or tell him how wonderful he is via his website, or find him on Twitter.