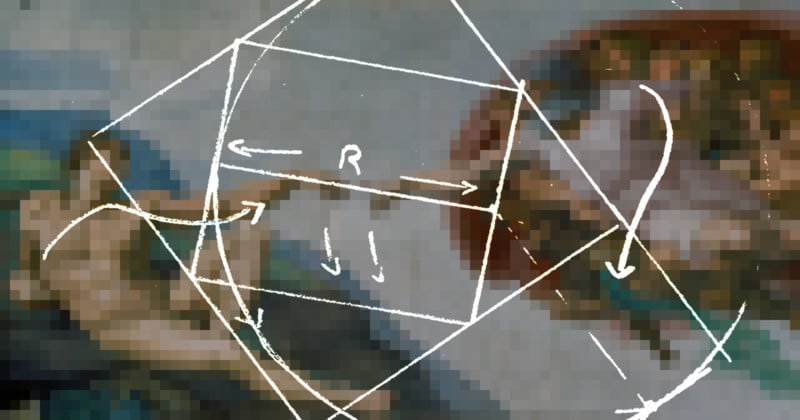 You have no doubt heard of the Golden Ratio, which is somehow or other connected to the Golden Mean and the Fibonacci Spiral, which is oft-touted as the basis of all great compositions. It is less likely that you have heard of the Diamond Ratio.

The Diamond Ratio predates the Golden Ratio by 1,000 years or more, having been first described by the Greek Philosopher Diogenes in his Disquisitiones Ultimatum dos Artes.

Socrates calls it the “Lord of Ratios”, Archilochos called it the “Hero’s Rectangle”, and Plato refers to it constantly as the most pleasing of proportions.

Begin with a square. Inscribe within it a smaller square, rotated 45 degrees as shown. This is the Diamond. 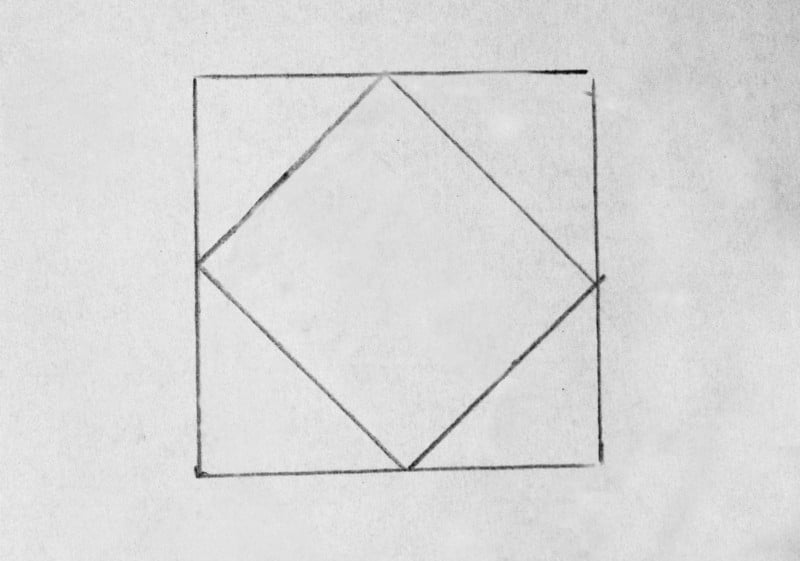 Bisect the Diamond. This line is the Diagonal of Diogenes, who we denote with the letter R for Kalamari R. Diogenes (his full name): 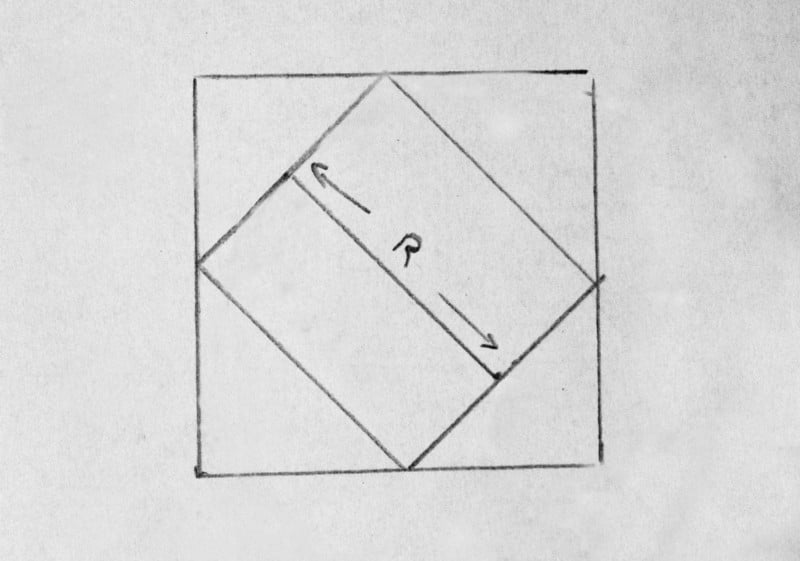 Rotate the Diagonal of Diogenes around its endpoint until it is vertical. This gives the length of the long side of the Diamond Rectangle. 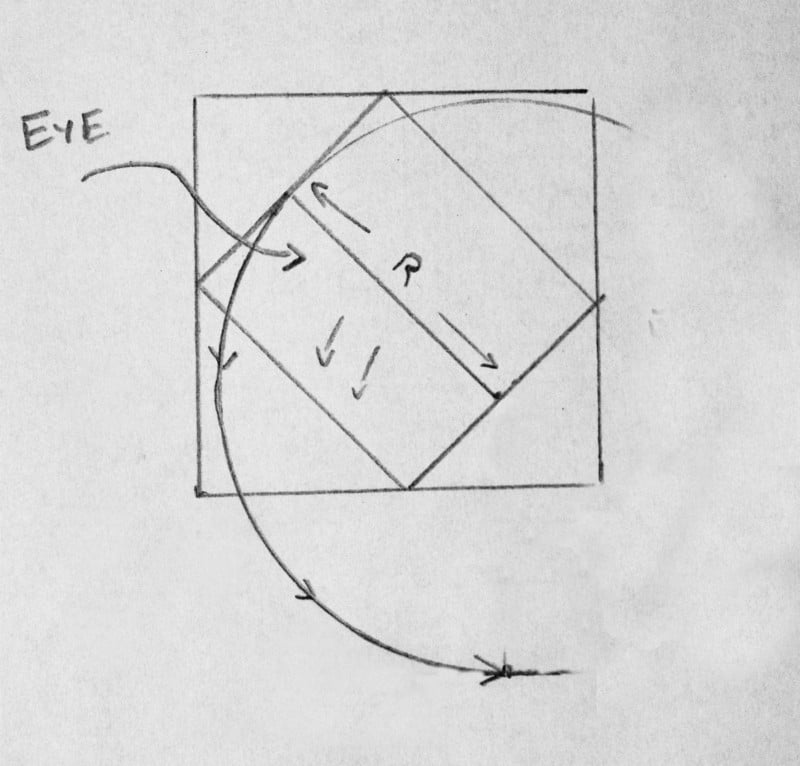 And finally complete the rectangle. 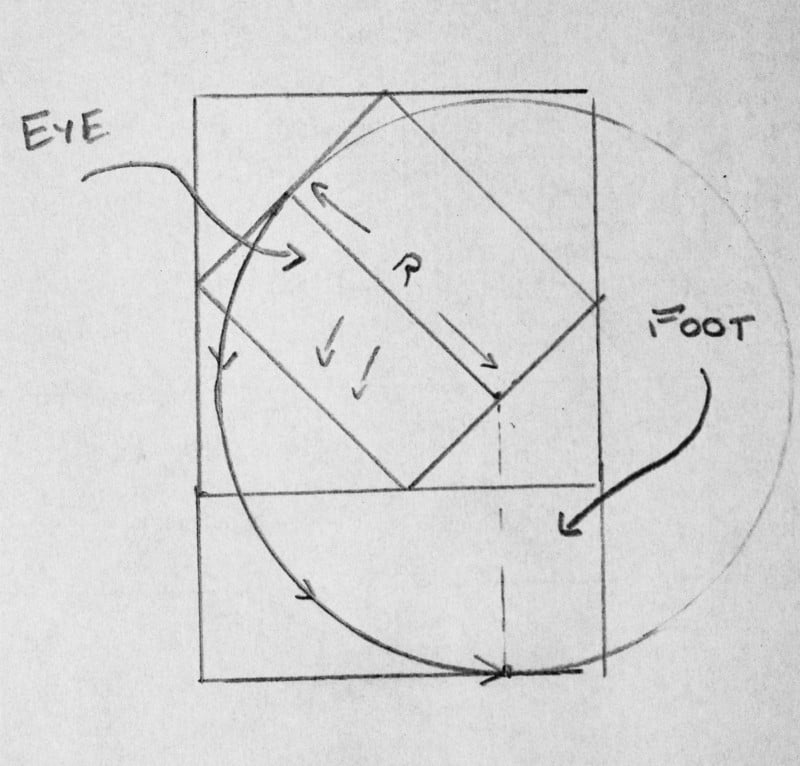 A little calculation gives us an approximation to the Diamond Ratio, the ratio of the sides of the Diamond Rectangle, as 1 to 1.4571. This is quite similar to our modern 3:2 ratio, the standard from 35mm film, which has been inherited by most DSLRs.

Note, however, that the result is a more solid, pleasing ratio than the slightly-too-long full frame standard. Who has not looked at the standard 3:2 frame and thought to himself “nice, but I’d trim it down just a little on the long side.” And so, apparently, knew the ancients just as well.

The Diamond Ratio appears throughout Art from antiquity to the modern era, of course. The pyramids. The Sphinx. The Egyptians naturally knew it. It appears in several of the important architectural features of the Parthenon, the Pantheon, and the Pantherone of ancient Greece, Rome, and Gaul.

The uses of The Eye versus The Foot in arranging things within the frame of the Diamond Rectangle is subtle, powerful, but a little too complex for the present introductory essay. Suffice it to say that The Eye shows the way toward placing the most important lightnesses and the heavier structural elements, when possible, lend themselves to The Foot of the Diamond Rectangle.

Sticking to the well known visual arts, though, here are some examples to illustrate the point. The most famous painting in the world is built on Diamond Rectangles, obviously: 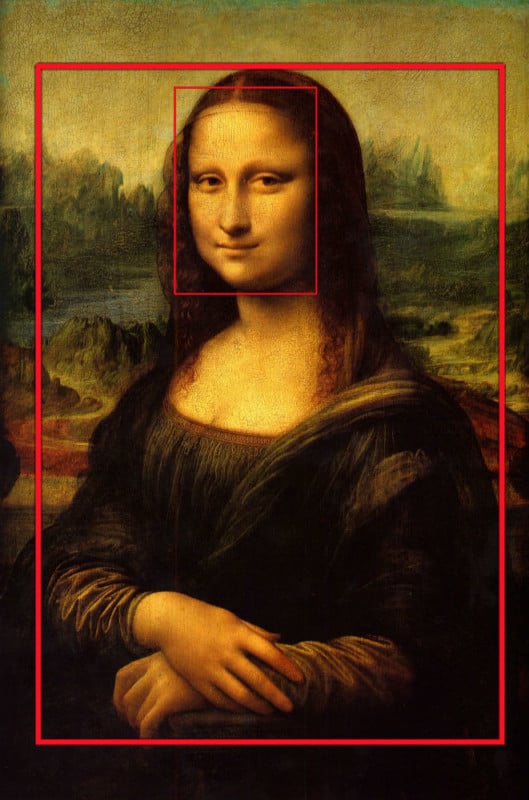 And another well known painting: 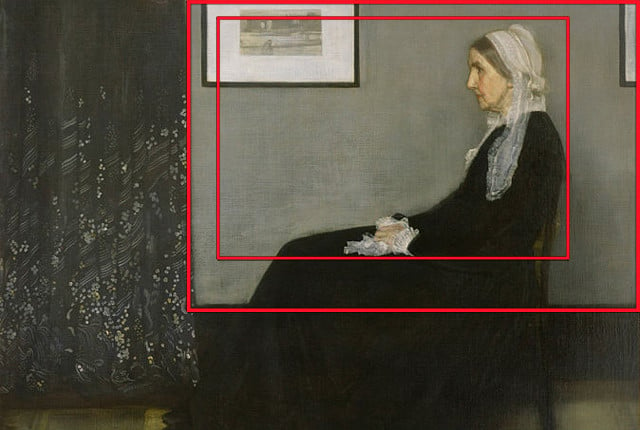 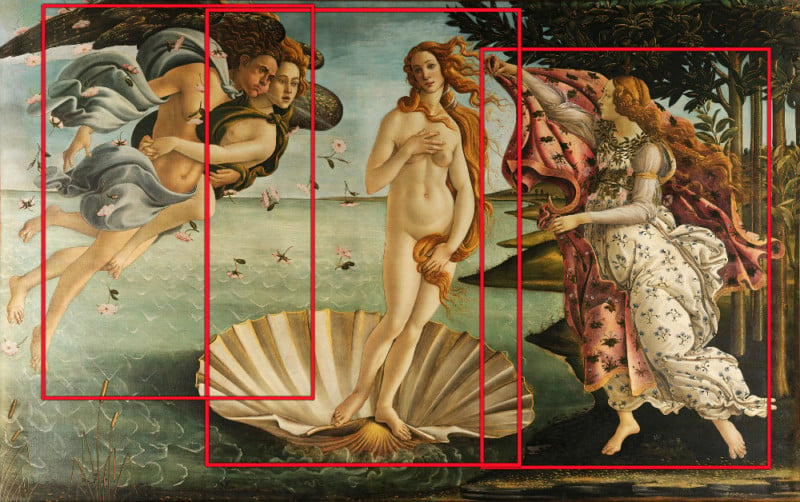 And perhaps the clearest example of all, Leonardo’s Last Supper is a textbook example of how to use it. Those skilled in the art will see near perfect utilization of the properties of The Eye and The Foot throughout. 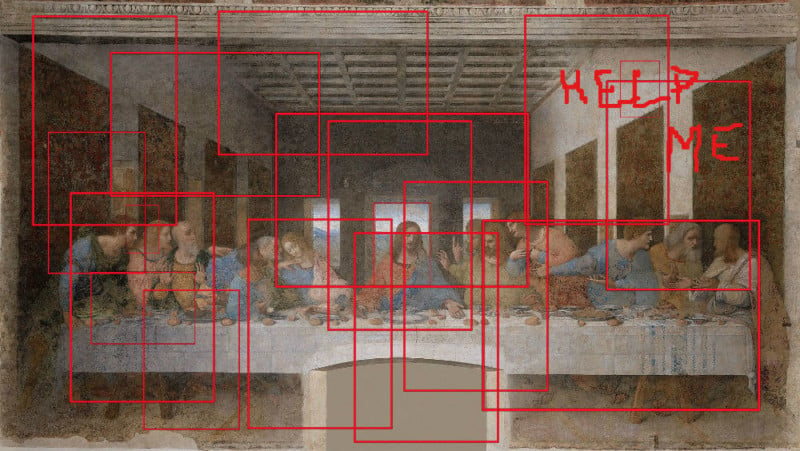 No philosophers were harmed in the production of this helpful essay.

About the author: Andrew Molitor writes software by day and take pictures by night. The opinions expressed in this article are solely those of the author and literally no one else on this planet. He’s based in Norfolk, Virginia, and does his best to obsess over gear, specs, or sharpness. You can find more of his writing on his blog. This article was also published here.