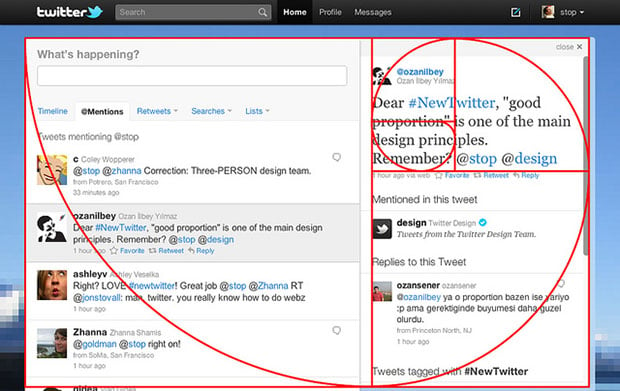 The golden ratio is used by nature, photographers, and now… Twitter! Did you notice it in the new Twitter design?

The Golden Ratio is a universal law in which is contained the ground-principle of all formative striving for beauty and completeness in the realms of both nature and art, and which permeates, as a paramount spiritual ideal, all structures, forms and proportions, whether cosmic or individual, organic or inorganic, acoustic or optical; which finds its fullest realization, however, in the human form.

Even if you’ve never heard of the golden ratio, you’ve probably heard of the rule of thirds. The two concepts are similar and related. Here’s an interesting article discussing them.