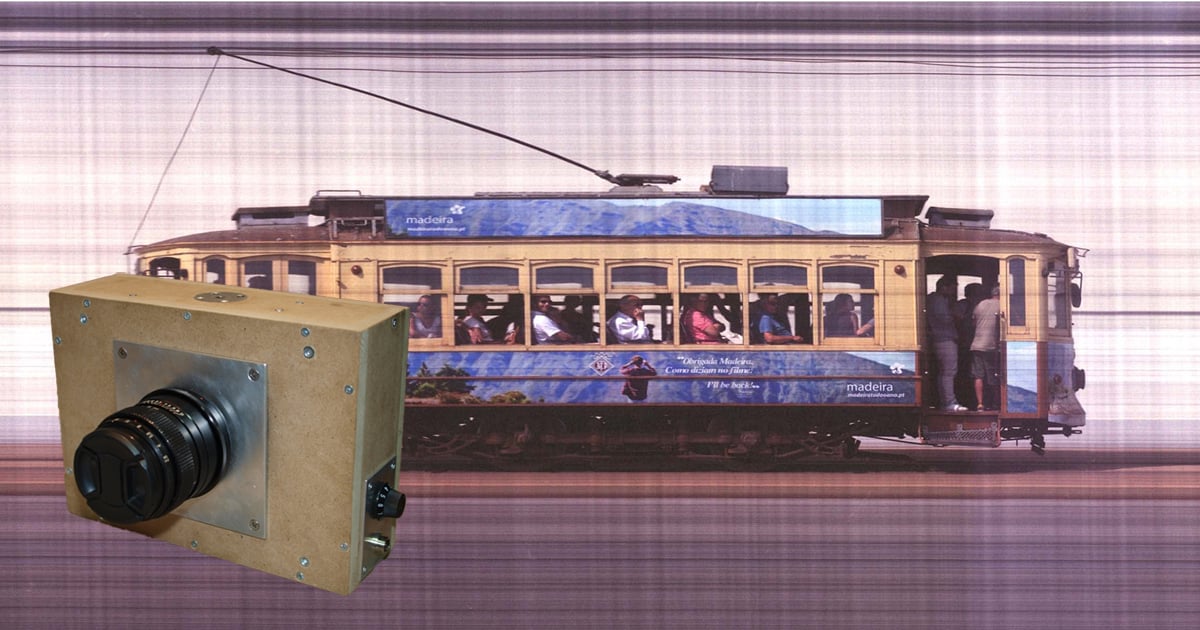 In 2015, Hugo Cardoso embarked on an interesting experiment: built a 35mm slit-scan film camera. That experiment was a big success, which left Cardoso only one choice going forward… go bigger! So he hunkered down at his work bench and set about creating a medium format version.

A slit-scan camera, in case you’re not familiar, is one where you capture a moving scene using only a small slit of light. It’s a great way to capture motion in a still photograph; in fact, it’s what the Olympics use for those crazy looking “photo finish” images.

Most modern-day slit-scan cameras are digital—sort of like a scanner that “scans” the scene in front of it as it passes by, never missing a single moment because there are no individual “frames”—but Cardoso’s camera uses film instead. In order to do this, he designed a camera that rolls 120 film past an open slit at a consistent rate while the scene evolves in front of him.

You can see the camera in action at the end of this build timelapse:

“I’m interested in alternative photography and unusual ways to photograph,” Cardoso tells PetaPixel. “I built a 35mm slit-scan camera and it worked great, so I thought I should try a medium format one.”

He built the camera out of 10mm MDF board, and sacrificed a cheap electric screwdriver as the motor and battery that moves the film. The mount is a modified Pentacon Six macro ring, the lens the cheapest MF glass he could find, and the film the cheapest 120 he could find (in this case, expired Fuji Reala 100).

“I try to build everything on a tight budget,” he told us. “It forces you to be creative instead of solving problems just by buying stuff.”

Here’s a closer look at some build photos, the final product, and a sample shot he captured using his creative creation: 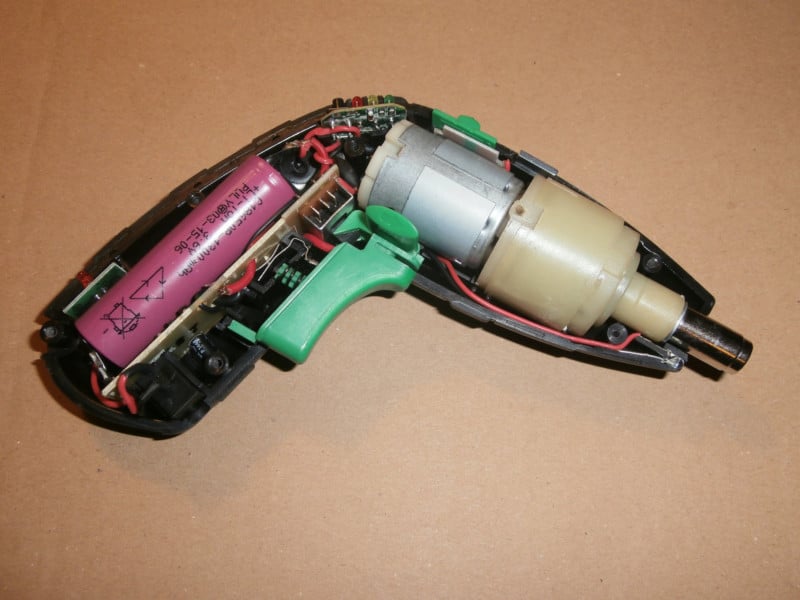 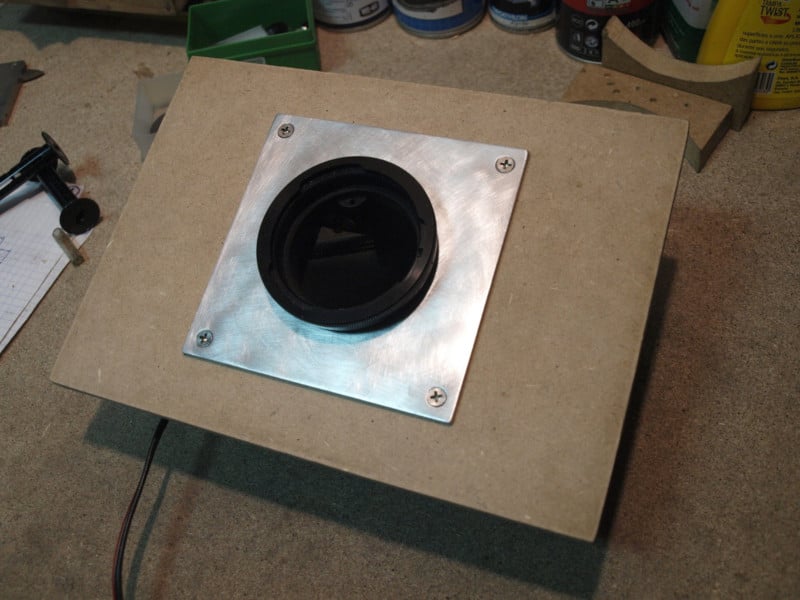 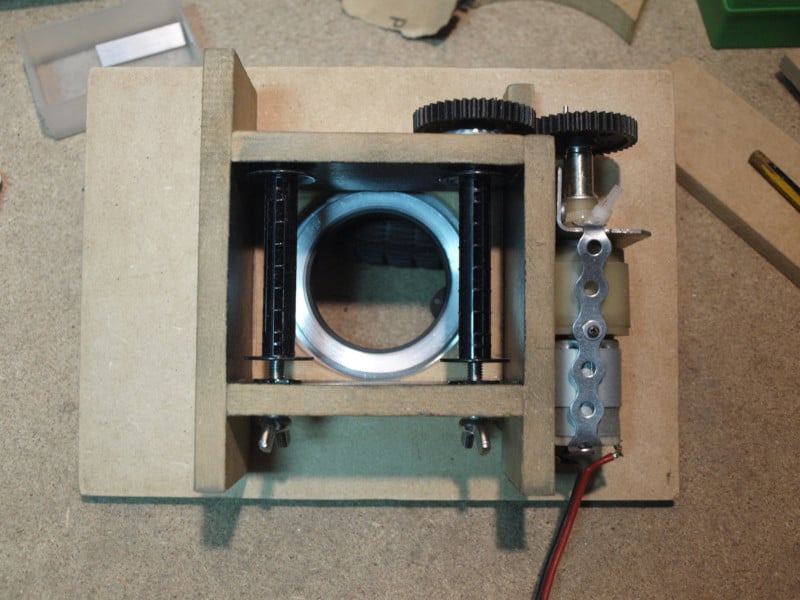 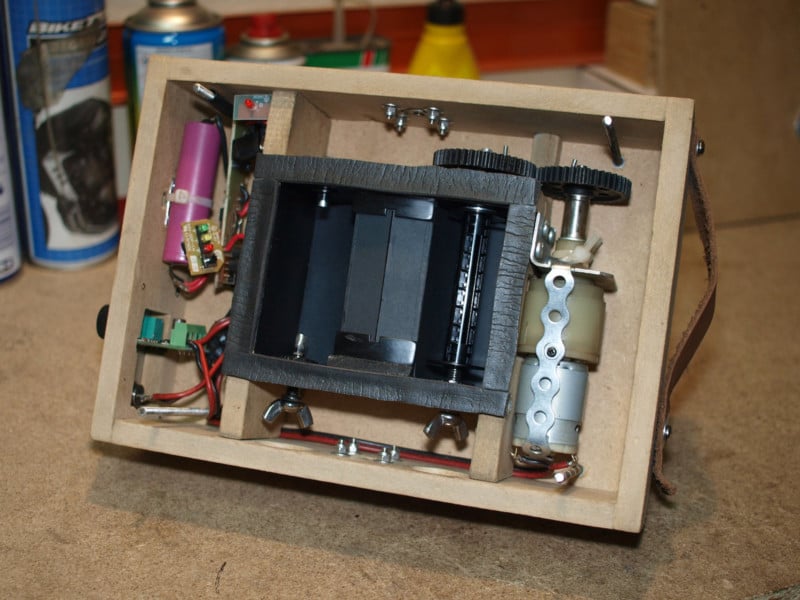 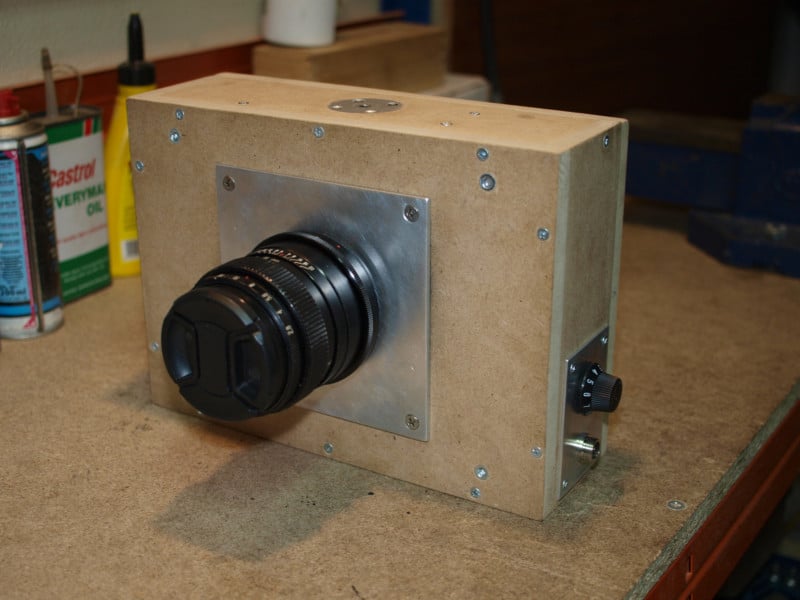 For now, he’s only taken photos of trams, but a slit-scan camera like this can capture any moving subject in a creative light. Here’s a shot of a biker he captured with his 35mm slit-scan last year: 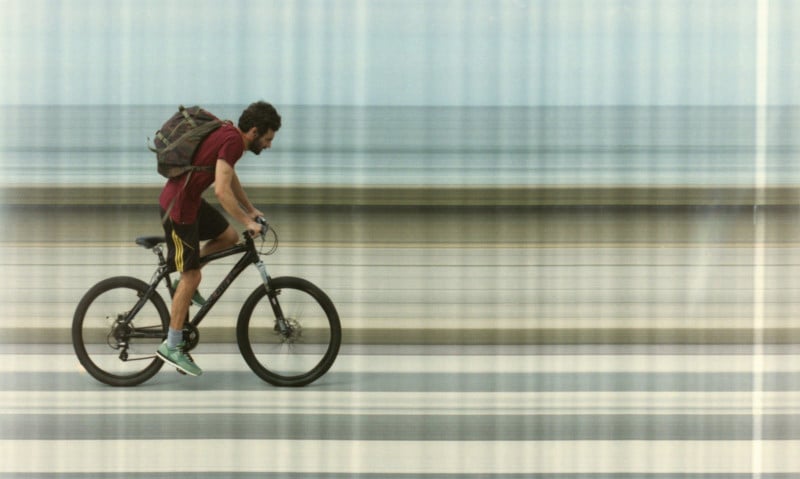 To see all of the photos of this curious DIY camera in-the-making, check out Hugo’s Flickr album here, and then don’t forget to give Hugo a follow so you can see whatever crazy idea he comes up with next.

Image credits: All photos by Hugo Cardoso and used with permission.

Guy Sings Bach’s Cello Suite No. 1 by Filming Two Notes Every Day for a Year