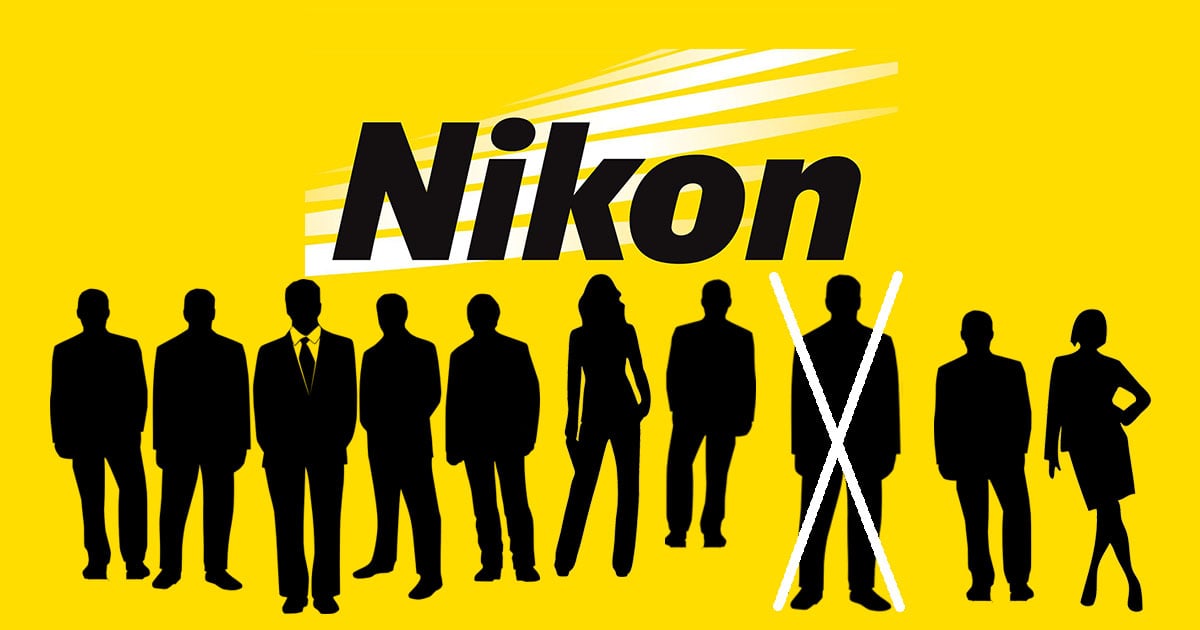 Nikon’s high-end camera division hasn’t been doing so hot these days, and now a new reports claims that Nikon will be cutting about 1,000 jobs in Japan, which represent about 10% of the company’s total workforce. Nikon, however, quickly issued a statement denying the report.

Nikkei, the world’s largest financial newspaper, reported today that Nikon plans to eliminate the 1,000 jobs “as the company shifts resources away from once core businesses to medical devices and other growth areas.”

The cuts, which will reportedly happen over the next two to three years, will mainly be in Nikon’s semiconductor equipment and digital camera businesses, Nikkei says.

Reuters reports that Nikon has trimmed its full-year sales forecast for its high-end cameras for a second straight quarter, from 6.55 million to 6.20 million, and that operating profit has dropped 41% to $222 million in the latest 6 month period.

In a surprise move, Nikon issued a public statement on its website immediately after Nikkei‘s report was published,” titled “Statement Regarding Today’s Media Reports.”

“There were media reports such as in The Nikkei this morning regarding Nikon’s restructuring plan centering on headcount reduction during several years. Nikon has made no announcement in this regards,” Nikon writes.

“Although Nikon is constantly studying various management options including headcount rationalization for strengthening company’s profitability mainly of Semiconductor Lithography and Imaging Products Businesses, nothing has been decided at this time,” the company says. “Should any facts pertaining to this matter are decided, Nikon will immediately make an announcement.”

Note that Nikon is confirming that it’s considering “headcount rationalization” for its digital camera business, but the company is simply saying that it hasn’t made up its mind yet and that nothing has been officially announced.

(via Nikkei via Nikon Rumors)

Update: In a Notice of Restructuring published hours after its original statement, Nikon says that it will indeed be aiming to reduce its headcount by about 1,000 employees, but it will be through “voluntary retirement”:

“[…] Nikon will be announcing a voluntary retirement program of approximately 1,000 employees,” the company says. “Eligible applicants and detailed conditions will be announced once officially finalized.”