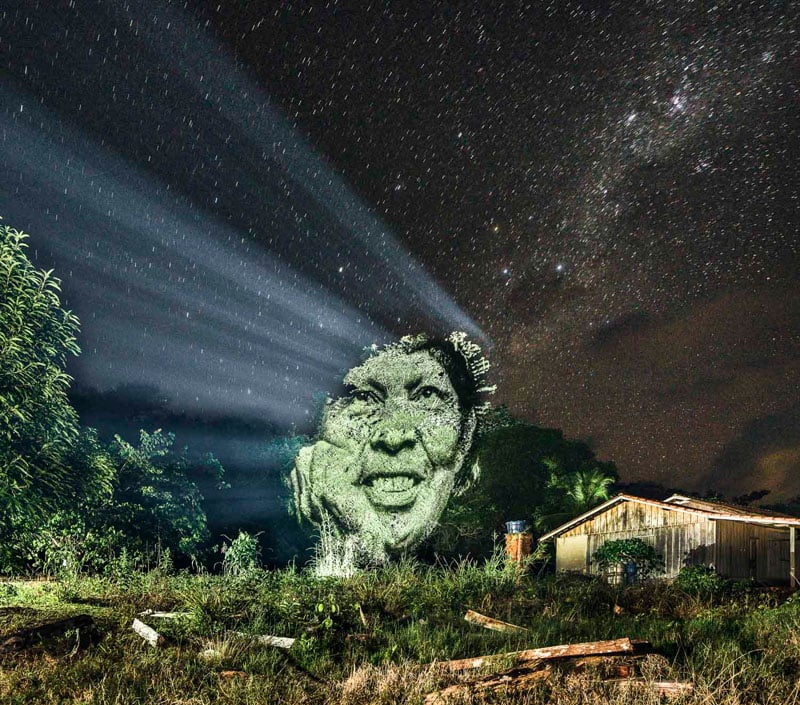 For his latest project, titled “The Blood Forest,” French photographer Philippe Echaroux shot a series of photos showing portraits of indigenous Brazilians projected onto the trees of the Amazon rainforest.

The project focuses on a Suruí tribe led by a chief named Almir Surui Narayamoga, who had been charged by the Brazilian government to help replant and protect his tribe’s section of the rainforest.

“Victims of massive deforestation and gold washers who did not hesitate to violate the Surui’s territory to seize deposits of precious stones, the Surui people want to raise awareness of this horrible and greedy slaughter that endangers a territory and its people,” Echaroux says.

The chief invited Echaroux to draw attention to this issue with photos, and the photographer decided to show the intimate connection between the native people and the land. 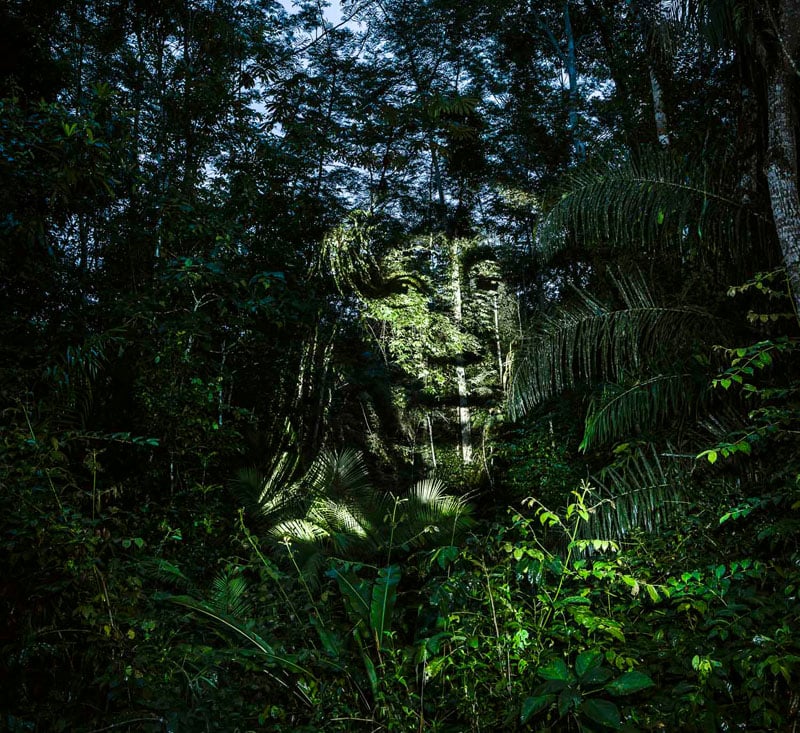 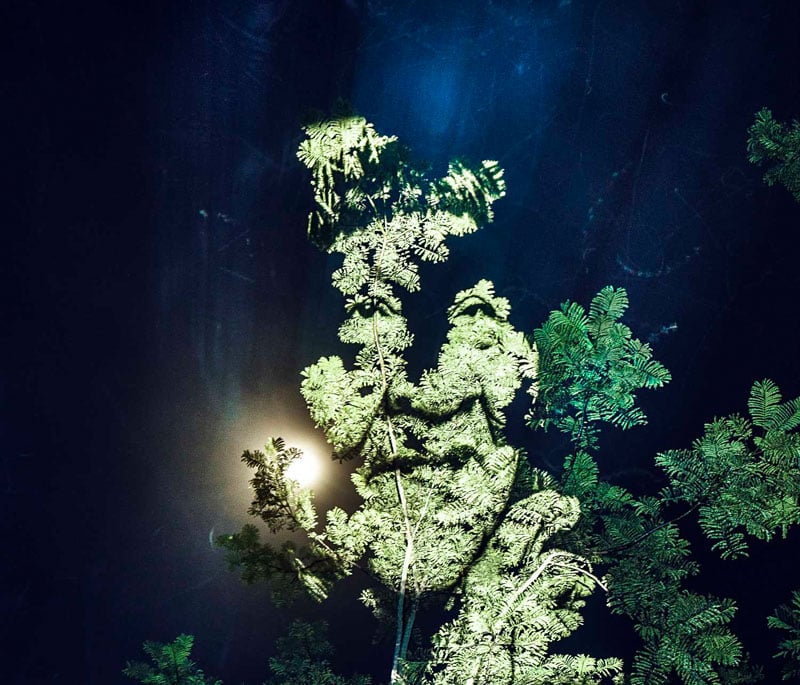 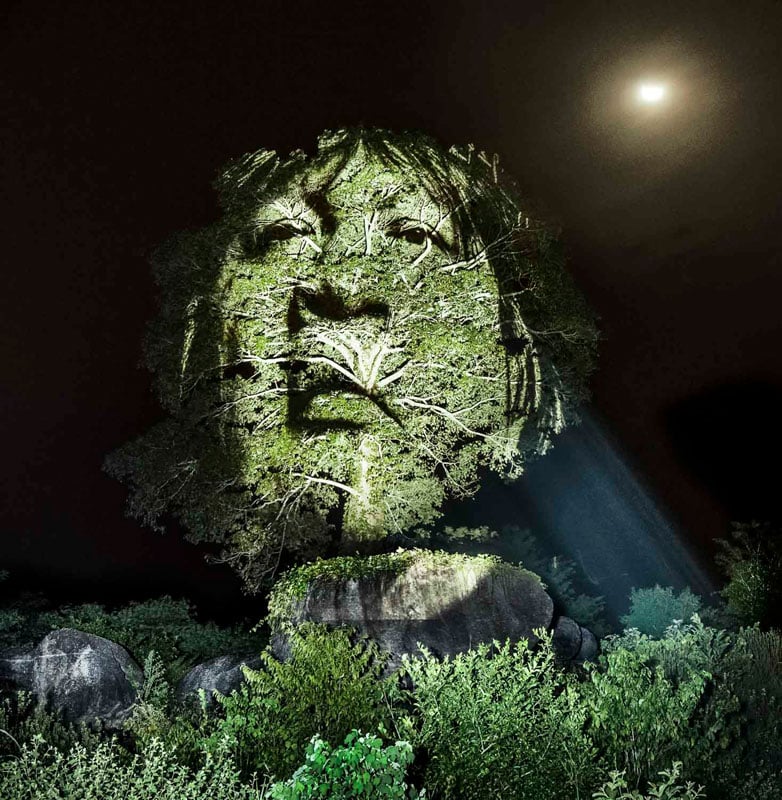 Here’s a video (in French) with a behind-the-scenes look at the project:

These photos will be on display in an exhibition at the Taglialatella gallery in Paris from November 10th through December 15th, 2016. You can also find more of Echaroux’s work on his Instagram.