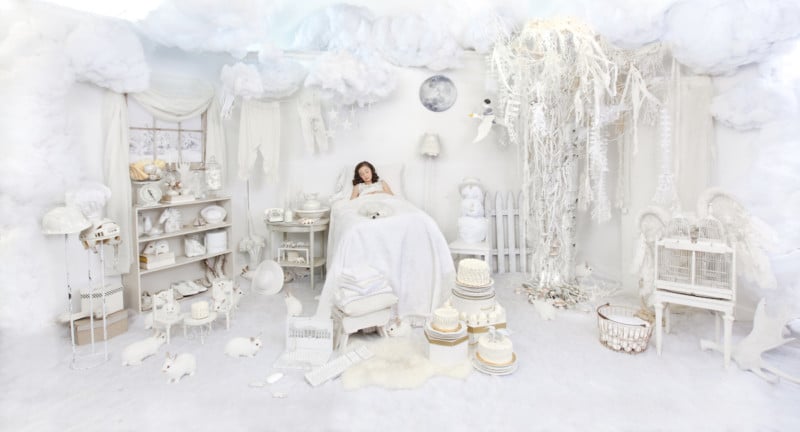 The world of the fantasy, fine art photographer typically involves a healthy helping of Adobe Photoshop. But if digital art and crazy composites are on one end of the spectrum, then photographer Adrien Broom is on the other—no Photoshop, just incredibly intricate hand-made props and sets.

Reminiscent of the viral work of photographers like Oleg Oprisco, Broom shares the same passion for creating surreal images by relying on her skill as an artist and craftsperson instead of her skill as a photo manipulator.

“I studied computer animation, but had a hard time feeling connected to the stories I was telling,” she tells PetaPixel. “It was only when I started to physically build scenes that things started to hit home.” 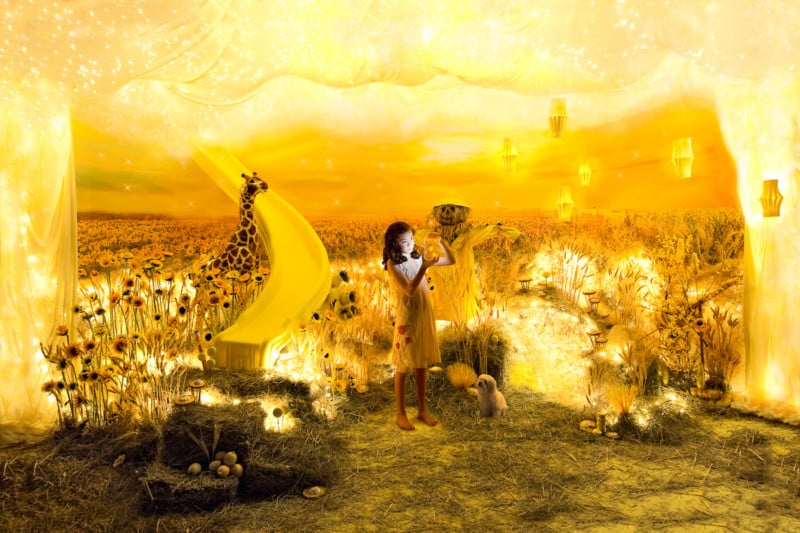 Sometimes, as was the case with Broom’s color series, the work is incredibly elaborate. An entire set, a colorful world, is built around the central character. Other times a single surreal prop is all broom says she needs to make you question the reality of the environment.

“In my work, I like to tap into emotions and fantasies by creating worlds that tell stories,” says Broom. “I strongly believe that building all these sets physically gives it a truth that digital manipulation sometimes seems to fall short of achieving.”

And even if that’s not the case, the fact that her subject can interact with their environment often informs the final piece, or leads Broom in a direction she never imagined in the first place.

“I am a huge proponent of letting the creative process inform the final product. I start out with general ideas and drawings of the set, but I let my impulses guide me once we’re building and shooting them,” she explains. “The stories unfold naturally and, often, I find myself in the middle of a narrative I didn’t know I was telling. My models can interact with the world around them, and their discoveries and movements within these worlds surprise and help guide me to the story I want to tell.”

Here’s a look at a few of Adrien’s varied projects—ranging from a lone figure exploring her world in an LED dress, to elaborate homemade sets in the middle of the forest: 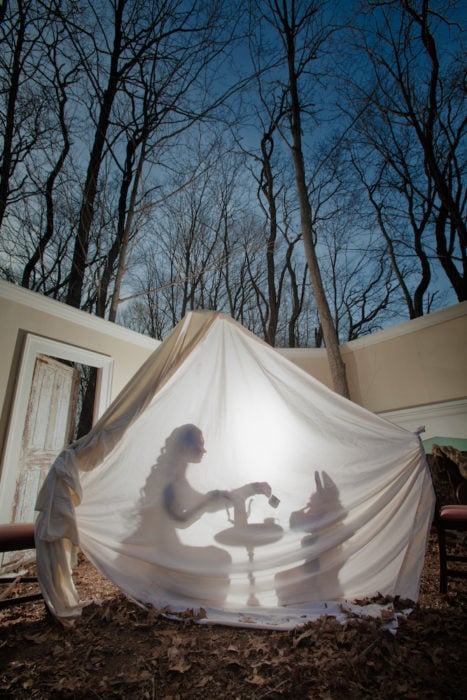 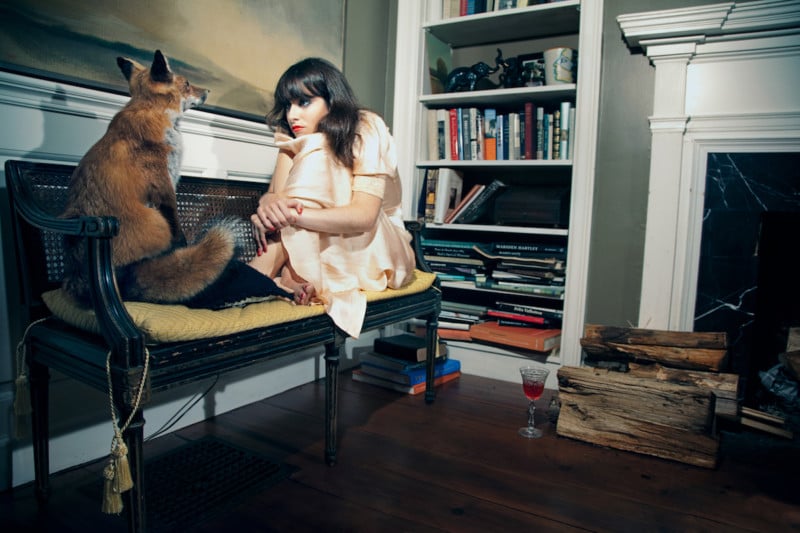 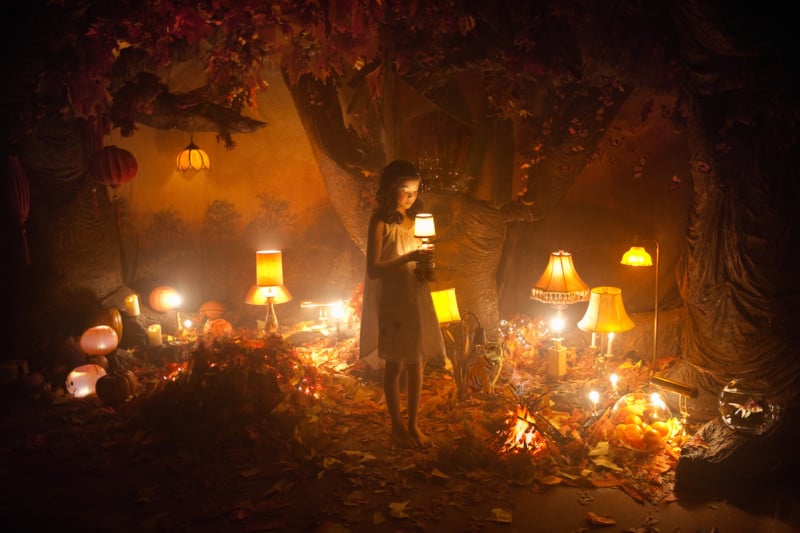 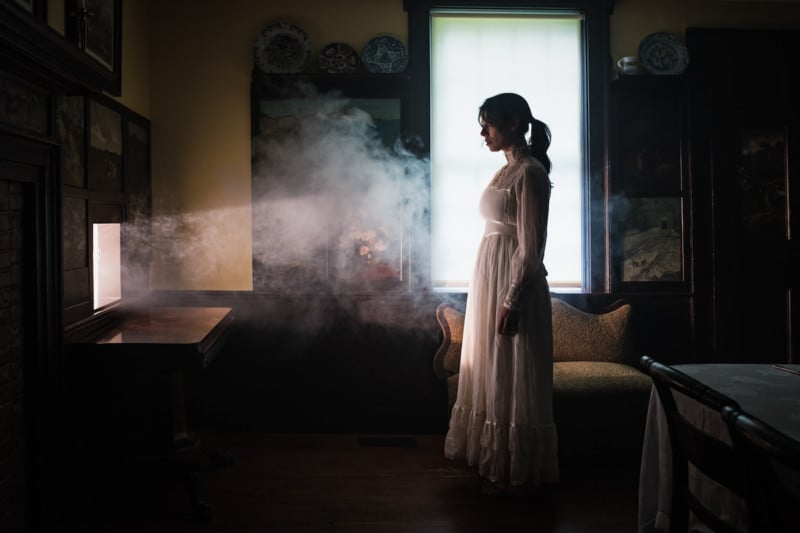 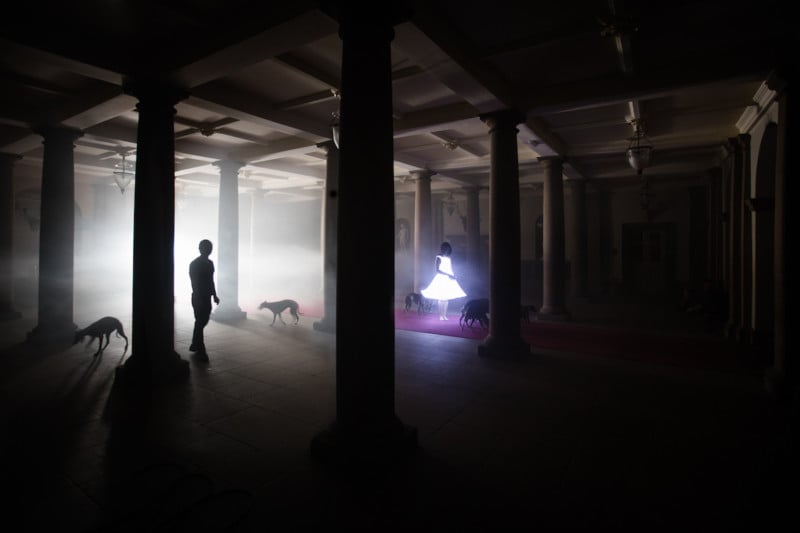 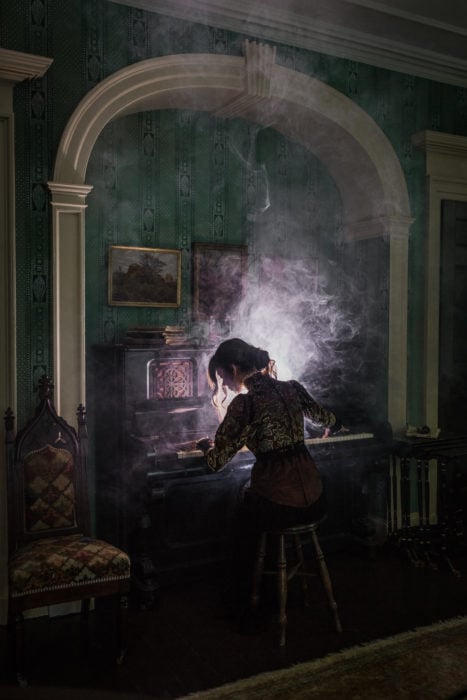 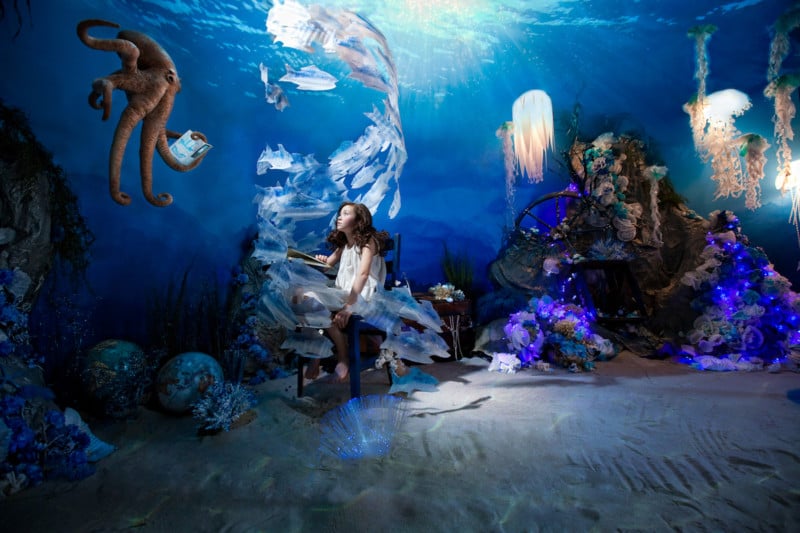 Adrien’s work does require some photo editing (whose doesn’t?) but she’s careful not to go too far. “I color correct and make slight changes in post,” Broom told us, “but the reality of the world I shoot cannot be replaced.”

Her goal is to help people reconnect with the “possibilities and wonder” we feel as children.

“Imagination is the spark in our souls that leads to the fire of all great things, but the whimsical side of it fades as we enter the real world,” says Boom. “If one of my images sparks a fraction of something in a viewer’s mind, and they create their own story in the image and view things from a slightly different perspective, I feel like my work has succeeded.”

Image credits: All photos by Adrien Broom and used with permission.