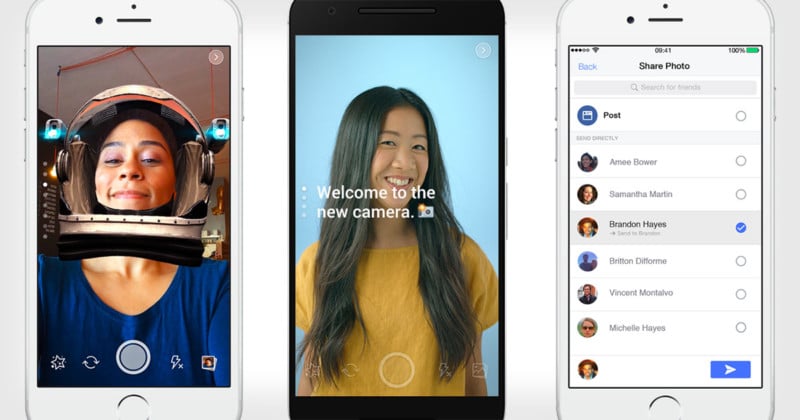 Facebook will soon be updating its mobile app camera to include filter features popularized by apps such as Snapchat and Prisma.


TechCrunch reports that there will be filters for your face (selfie masks, overlaid graphics, and geofilters), art-themed filters, and filters that “respond to your body’s movements.”

The new camera will be accessible by simply swiping right while you’re looking at your news feed, making it easy to quickly snap a filtered moment to share.

This development will be the first fruits of Facebook’s March 2016 acquisition of MSQRD, a face-swapping and filtering app that had been exploding in popularity. The purchase was widely seen at the time as a step toward competing more directly with Snapchat. 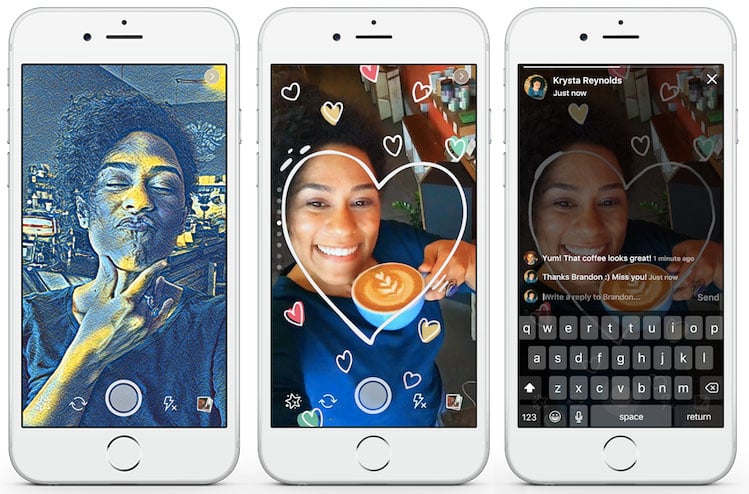 Along with the new camera features, Facebook will also be adding a new Direct private messaging feature with self-destructing coversations — again, one of the main features pioneered by Snapchat. Photos shared through these Direct messages can be viewed once normally and once more using “Replay” within its 24-hour lifespan.

Facebook is reportedly testing the new camera with users in Ireland right now before rolling it out to the world later on.