Shooting a panoramic timelapse sounds simple enough: just sync two cameras and start shooting, right? Not quite. In fact, the photographer who shot this amazing 10K by 4K panoramic timelapse of LA calls it the most challenging project he’s ever worked on.

The creation above took 2 years from start to finish, as Joe Capra of Scientifantastic (previously) ran into and overcame each challenge in turn. The first, of course, was the gear.

It took a double helping of cameras and lenses, plus some custom-built goodies, to achieve the results he needed. Two 5D Mark IIIs, a custom-built rail system, a custom-built intervalometer, a Ramper Pro, and two Canon 24-70mm, 24-105mm, and 70-200mm lenses. But the gear is just the start. Using two cameras at the same time leads to all sorts of problems—from alignment, to focus, to proper triggering. And just when you think you’ve got everything all set up, you look at the final shots and realize that you’ve got to deal with one set of problems for one half of the frame, and an entirely different set on the other.

“The cameras don’t flicker at the same time and same rate,” Joe tells PetaPixel. “So when you look at you shot in post the two different sides of the pano frame are flickering differently.” He had to deflicker each frame in post individually, then stitch. 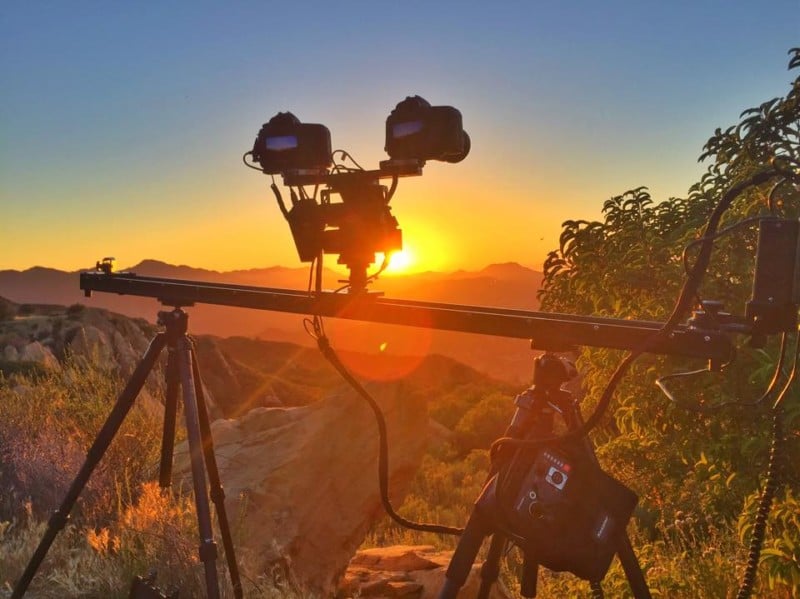 “The rig I built was very solid, however sometimes the cameras would move independently during the shot, especially when using long lenses,” he tells us. “The result of this was similar to the flicker problem… one half of the frame would be perfectly stable while the other half was bouncing around, or both sides of the frame would bounce around differently, ”

And, finally, there’s the actual stitching.

And these are just a few of the problems he faced; the tip of the iceberg, if you will. 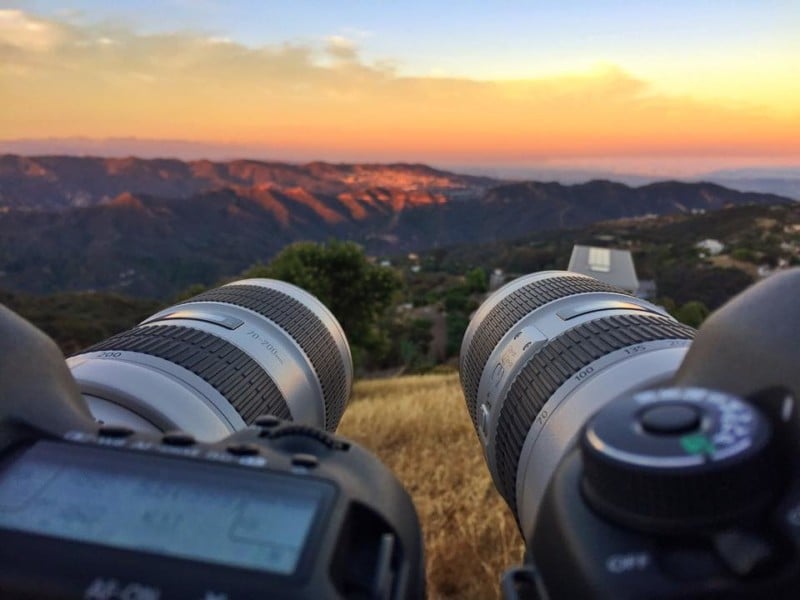 Finally, it’s worth noting that this isn’t the story of a first-try success. In fact, Joe had attempted panoramic timelapses several times before, failing every time. It wasn’t until two years ago, when a client (who ended up falling through) got in touch that he tried again and ultimately succeeded.

It’s a good lesson in not giving up on your crazy ideas … who knows, you might just figure them out.

Image credits: All photos by Joe Capra and used with permission.

Sharpening Your Photographic Mind: The 2 Types of Photographers