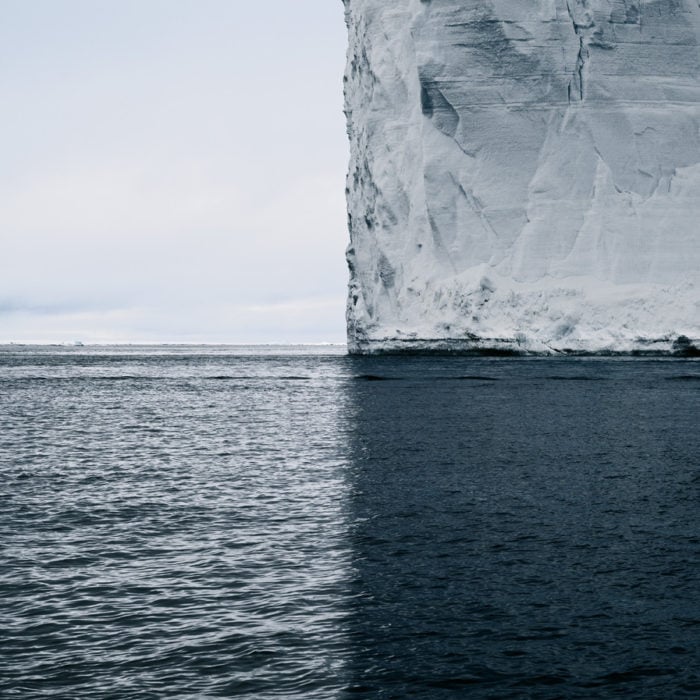 The photo, titled “Mercators Projection, Antarctica, 2007,” was created back in 2007 for a project titled “North/South” after Burdeny visited Antarctica and Greenland.

“It was made from a zodiac in the Weddel sea, Antarctica, about 100′ from the base of a tabular iceberg,” Burdeny tells PetaPixel. The photo was shot “handheld with a Phase One digital back and body.”

The final photo is a cropped and edited version of the original RAW capture. You can find more of Burdeny’s work on his website and Instagram.

GoPro Solves Mystery of How Kid Lost His Dad’s $1,000 DSLR